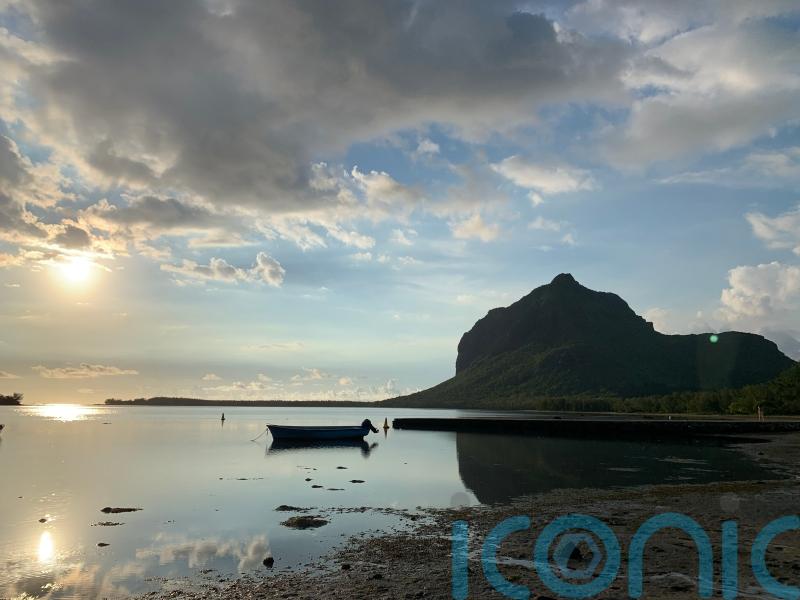 It’s as though every 20 careful footsteps through La Tourelle’s unspoilt if uneven terrain reveals another spectacular piece of the puzzle.

Then, two energy-sapping hours into our sunset hike up one of Mauritius’ most challenging mountains, the picture is complete – an unparalleled, 360-degree view of this sensational island paradise.

The Indian Ocean is a kaleidoscope of blue from our vantage point 540 metres above sea level, while the lush greens from hundreds of native tree species contrast with the ochres, browns and reds of the volcanic mountain range, dotted across the island like whipped cream peaks on a cake. 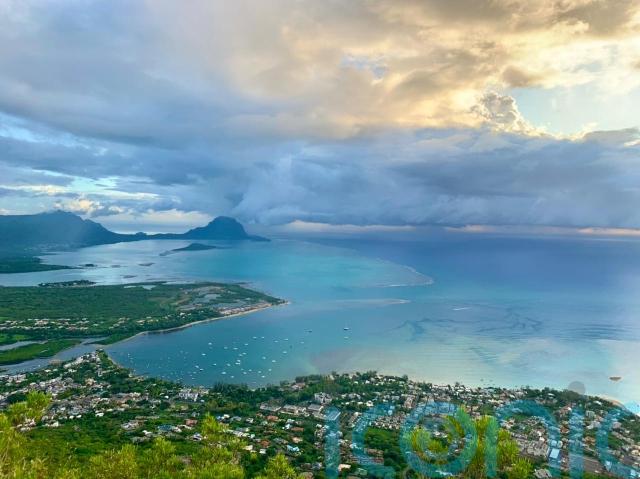 “I’ve been coming up here since I was a little girl, and every time I take the same photograph,” says Elodie Lagourgue, a 43-year-old former marketing executive, trail runner and mother-of-two, who has guided us safely to this point with her friend and business partner, Anne Venkiah.

“I look back and I always think – why did I take another photo of the same view?

“But when you get up here, you realise. I just can’t resist because this [view] never gets boring.” 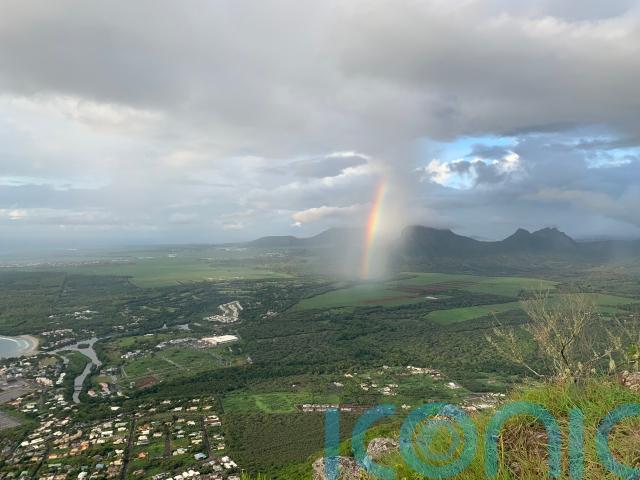 It is hard to believe that an adventure as truly memorable as this costs less than £30 per person.

The activity, run by Elodie and Anne’s Lokal Adventure company, is one of more than 50 on the Explore Programme, a concept launched in November 2021 at the three-star Veranda Tamarin hotel on the west coast of Mauritius, which aims to curate the best of the island’s experiences and offer guests a bespoke package designed to suit every budget.

Guests are free to opt in or out of the Explorer Programme at their leisure, though are incentivised to take part thanks to a generous credit system for any guest staying at least four days, with around £100 to use for those staying all week.

Shorter activities can involve trips to nearby attractions such as the island’s last remaining salt pans, and its 19th century Martello Tower. 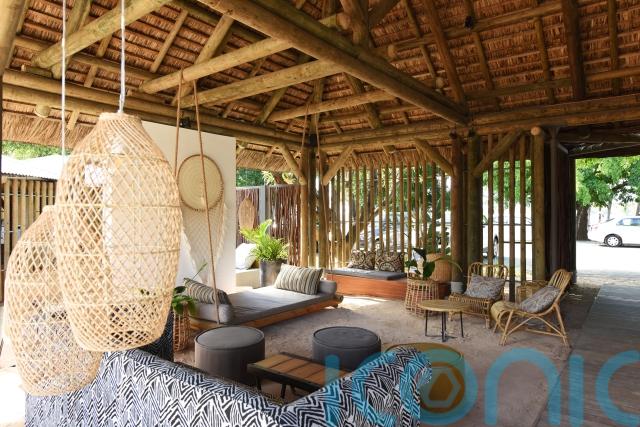 Physical pursuits include open sea kayaking – the programme’s most popular activity, possibly due to the regular appearance of some playful dolphins close to the shore – as well as surfing lessons, stand-up paddleboarding, and yoga.

Fishing trips and a catamaran cruise are among the more time-intensive activities.

Elsewhere, the guided food tour takes in some of the best cuisine offered by professional caterers and local chefs, at restaurants and in the homes of the island’s colourful characters.

At around £50, it represents one of the more expensive activities, but is a decent way to fill your belly with lashings of Mauritian delicacies such as octopus, venison, wild boar, saltfish, watercress salad and black lentil stew. 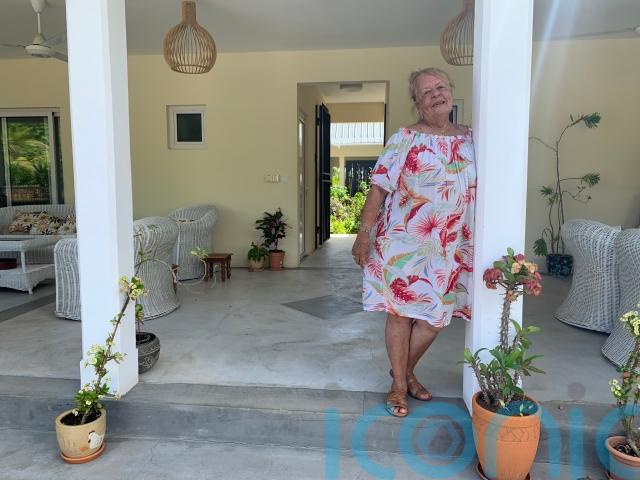 There is plenty to do away from the programme, too.

For a more formal dining experience, try La Chamarel, a hillside restaurant which, for £21 per head, offers an extensive tasting menu complete with stunning vistas across the bay. A glass of local Phoenix beer here costs £3.10, while a bottle of white wine starts at £15, and spirits cost upwards of £1.40 per shot.

And if you feel as though you are being watched, it’ll be due to one of the opportunistic local baboons who stealthily scamper in the background.

For those on a budget, it is possible to have an entire day without barely spending £1. The Hotel Tamarin is ten steps from the sandy bay, while Flic en Flac beach, a popular destination for families, is roughly a 40-minute walk along the coastline. 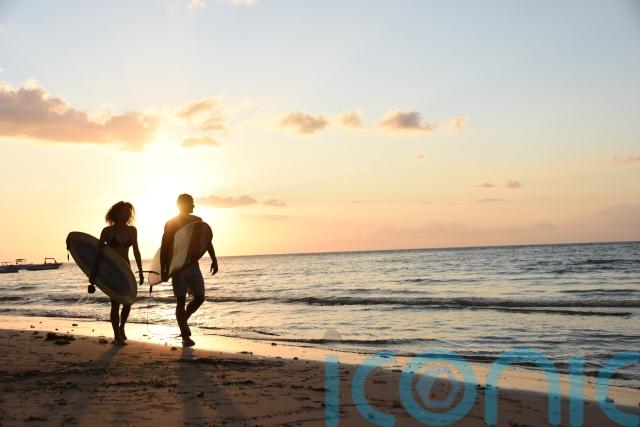 There, visitors can swim in warm waters within designated areas along the sprawling bay. A vegetable roti – a type of flatbread popular in the Indian subcontinent – from the humble Farata Aka Vinoda beachfront food shack costs roughly 35p and is a must.

Elsewhere, the Seven Coloured Earth geopark offers a topographical insight of the island, complete with 100m waterfall and half a dozen tortoises plodding in slow-motion through the mud.

With an adult entry price of around £6.50 per person, it is a thrifty way to spend a few hours.

Back at the Veranda Tamarin, and after a dip in the pool to cool off from the 27C afternoon sun, the hotel’s manager Christophe Montocchio explains over a dinner of seafood vindalho and vegetables, why the Explorer Programme is capturing the imagination of its visitors.

“A lot of people think of Mauritius and the other islands and associate it with luxury, relaxing, chilling by the pool and maybe not doing so much,” says the 34-year-old local boy and former athlete, who gave up a career in medicine to focus on the hospitality industry and showcasing the best of Mauritius. 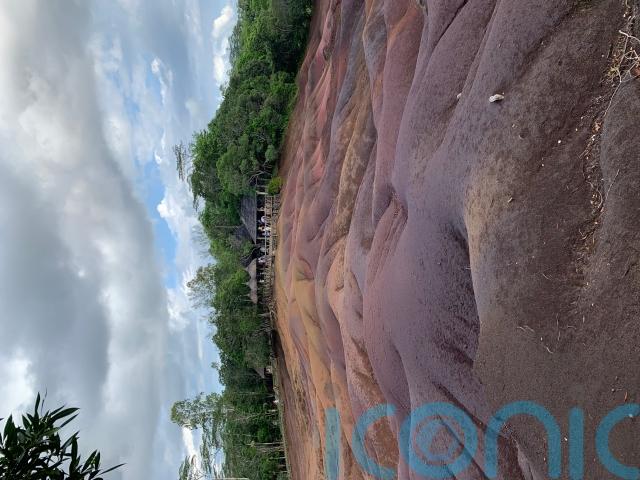 “So the Explorer Programme is all about offering something different.

“Mauritius has a lot of repeat visitors, who of course get older with every trip, so we are trying to be attractive to younger people too, who maybe had not considered Mauritius before.”

Similarly, some may wish to sample the best of the hotel’s facilities, including therapeutic massage (prices start from around £26 for 30 minutes), the buffet or a la carte menus, or relax with a drink in the Crazy Fish bar (£3.90 a pint).

And for those put off by the reports of heavy rainfall during their summer (November to April, when temperatures are also regularly in the low 30Cs) – don’t be. On a couple of occasions during our stay, rain clouds quickly gather overhead, but they emptied and moved on again within an hour or so.

Scrolling fondly through the pictures on my phone during the 12-hour Air Mauritius flight back to London Heathrow, I come to those taken atop La Tourelle and pause.

Was it really possible that we made it to the top?

One thing’s for certain – the images on the screen do not do it justice.

And as I pull the facemask down over my eyes later, as the cabin lights are dimmed for the night flight, I remember hotel manager Christophe’s remarks about the tendency for tourists to return to Mauritius, and smile.

Rooms at Veranda Tamarin (veranda-resorts.com/en/mauritius-hotel-tamarin) start from £115 per night (two sharing), with breakfast.