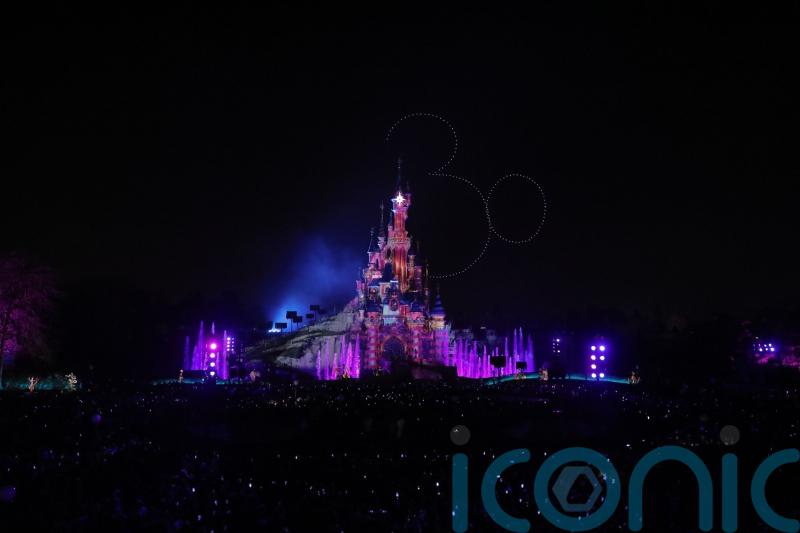 Spring sunlight refracts off an iridescent waistcoat buttoned snugly around a six-foot tall bloodhound and pointer mixed breed. He is hunkered close to the ground, scarlet tongue in perpetually cheerful loll, as a pair of doll-like hands tremulously trace every contour of his honeyed snout and jowls.

A six-year-old blind girl is connecting with Pluto by touch, her fingers skittering over black whiskers, a bulbous, glistening nose the size of a ripe plum and arched eyebrows. With impeccable timing, the playful pooch guides her gently into the folds of his fur for an extended hug that sends silent, soothing ripples through the hushed throng of parents and on-lookers, some visibly choking back tears.

For the first time in two years, since Disneyland Paris closed in response to the Covid pandemic, physical distancing protocols have been relaxed and character meet and greets have resumed at the resort, just in time for the 30th anniversary celebrations. 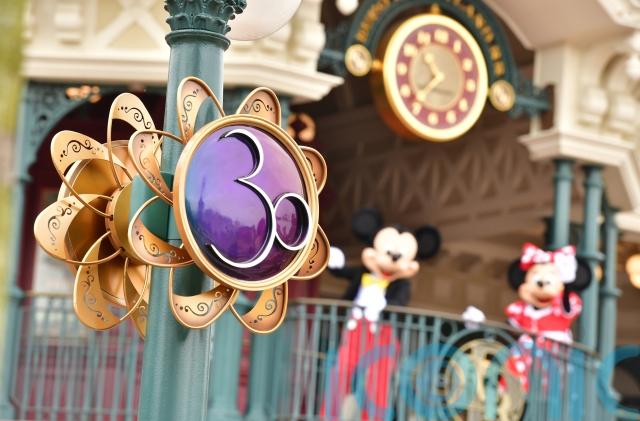 In line with French government guidance, face masks are no longer required in the parks (they are still recommended for the dense crowds at parades and the night-time spectacular) although face coverings are mandatory onboard Eurostar and in train stations. 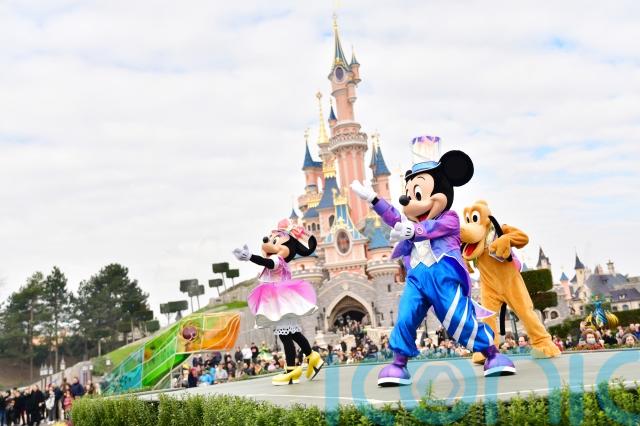 It is the first major refurbishment of the 141 feet tall centrepiece since the resort opened in 1992 and the candy-coloured cosmetic enhancements gel perfectly with the pearlescent blues, purples and silvers of the anniversary colour palette.

Inside the Disney bubble, the fizzing energy and exuberance of cast and anthropomorphic denizens convince us we’re in a wonderland writ large that is 30 going on 13.

Several times a day, dancers lead rainbow-panelled floats festooned with 30 characters down Main Street to the three stages in Central Plaza in front of the castle for the Dream… And Shine Brighter! daytime show. 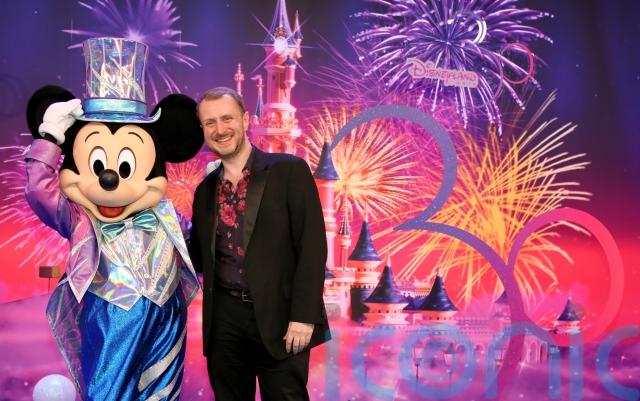 Miguel from Coco makes his Disneyland Paris debut flanked by Joy from Inside Out, and Judy Hopps and Nick Wilde from Zootropolis, performing two new toe-tapping bops and a feelgood mash-up of 20 Disney songs from animated classics.

A couple of deafening explosions, triggered on the castle ramparts, punctuate the 16-minute jamboree, which conjures shimmering clouds of freshly blown bubbles as the floats depart.

Encircling the plaza, 30 kinetic sculptures of Disney and Pixar characters fashioned by local craftspeople in burnished hues take root as a Gardens Of Wonder installation.

Arranged as a promenade, some mobiles are instantly recognisable: a generously pot-bellied Baymax from Big Hero 6 is cocooned by exploding pieces of body armour, while a maniacally grinning Stitch clings onto his ukulele from a vantage point halfway up the trunk of a palm tree.

Other fantastical creations seem to owe their swirling, surrealist skeletal structures to Salvador Dali. At night, a biodegradable and 100% natural nutrient serum permits surrounding plants to glow contentedly in the dark.

The Disney Illuminations night-time show, which melds video projections on the castle façade with fireworks, illuminated water jets, laser, mist and lighting effects, returns with a bang in Disneyland Park.

For the 30th anniversary – weather permitting – the crowd-pleasing spectacle is prefaced by a seven minute-long Disney D-Light sequence, designed by Bordeaux-based company Dronisos.

Drone technology is incorporated into a daily outdoor show for the first time in any Disney resort to a soaring soundtrack recorded with a 66-piece symphony orchestra at Abbey Road Studios in London.

Two teams of four pilots manoeuvre 200 airborne devices to form a sparkling number 30 in the sky, which disperses as a twinkling starry firmament then regroups as a spinning three-dimensional globe with the anniversary year as golden scrawl visible at its core. 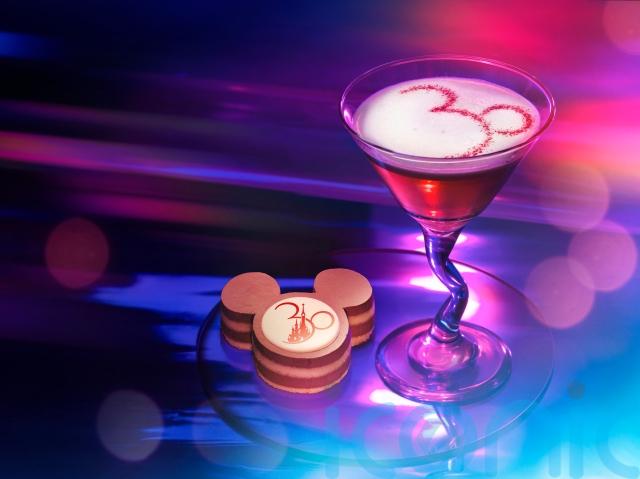 Long days of exploration and wonder require occasional pit stops to refuel and table-service restaurants and other outlets collectively serve up over 60 tasty dishes, desserts and exclusive cocktails, including moreish, melt-in-the-mouth macarons embossed with the number 30 and a Mickey-shaped dessert of white chocolate mousse entremet and cocoa genoise.

More than 350 exclusive items of 30th anniversary merchandise will flood the resort over the course of the celebrations. Currently, products are limited to one location, New Century Notions boutique at the top of Main Street, necessitating a long queue curling through the nearby arcade.

Cast members plead polite ignorance about the restricted availability but a soap dispenser that deposits grapefruit-scented foam in the shape of Mickey’s head (£12.50) and a Sorceror’s Apprentice hat in luminous fabric embedded with lights (£29) are both popular.

During March in honour of Women’s History Month, Minnie Mouse marks the festivities by modelling her first pant suit created by British designer Stella McCartney. The navy blue tuxedo (featuring her signature polka dots) is crafted from responsibly-sourced materials, and she wears the ensemble with pride when we meet in the Studio Theater against a retina-searing digitised backdrop. 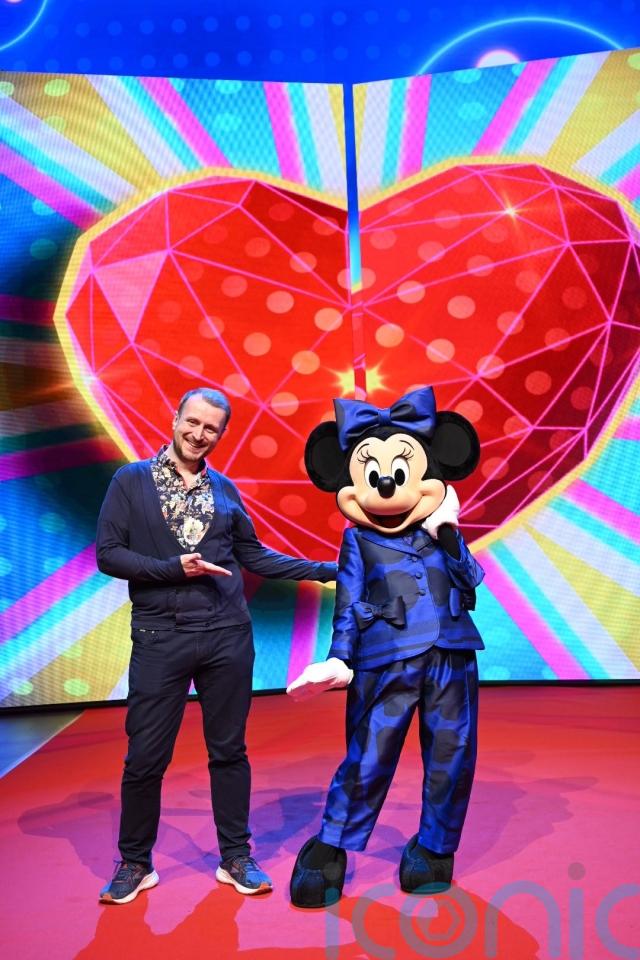 The 30th anniversary celebrations light a fuse on a £1.7 billion expansion of Walt Disney Studios Park, which begins this summer with the opening of Avengers Campus – an immersive playground torn from the pages of Marvel Comics, including a Spider-Man sit-down attraction where visitors sling webs at malfunctioning Spider-Bots with furious flicks of the wrist, and the world’s first Iron Man-themed thrill ride on the site of Rock ‘n’ Roller Coaster Starring Aerosmith, which closed to the public in September 2019.

Subsequent years herald a recreation of the kingdom of Arendelle replete with a Frozen Ever After musical boat-ride attraction and an interactive outpost from a galaxy far, far away akin to Star Wars: Galaxy’s Edge. The Force is already strong in Marne-la-Vallée.

Walt Disney Travel Company International (disneyholidays.co.uk; 0800 169 0737) offers a two-night/three-day stay at Disney’s Sequoia Lodge, including return travel on Eurostar from London St Pancras to Disneyland Paris (Marne-la-Vallée/Chessy) via Lille, in standard class, from £1,376 for two adults and two children, including park tickets. Price based on May 3, 2022 departure date during the 30th anniversary celebrations. Costs for Covid testing apply.