Cherry blossom season: Surprising places to see beautiful blooms when Tokyo is not an option 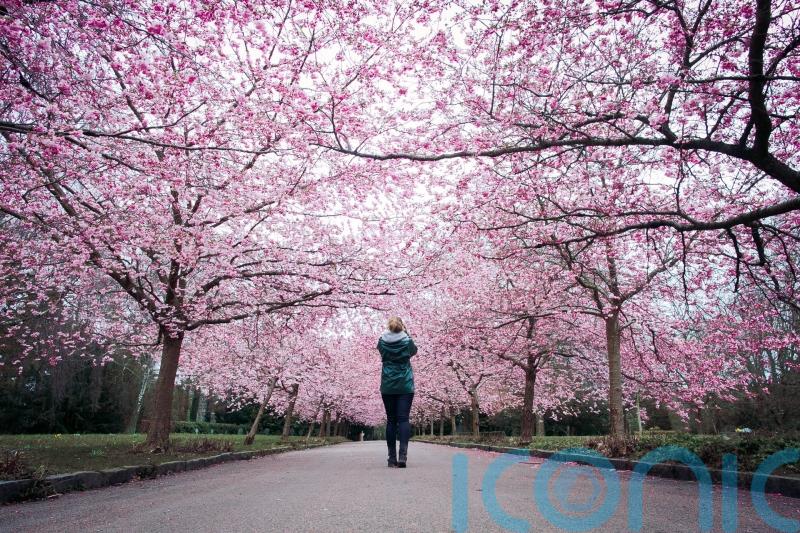 It’s typically one of the busiest periods of the Japanese calendar, but celebrations of Tokyo’s 2022 cherry blossom season have been muted.

For the first time in two years, hanami (cherry blossom viewing) is allowed, although with Covid restrictions keeping foreigners at bay, the crowds are much smaller than usual.

Fortunately, Tokyo isn’t the only city blessed with cerise blooms. These pretty trees grow in many other parts of the northern hemisphere, allowing nature lovers to celebrate sakura all over the world.

These are some of the top spots…


The annual Cherry Blossom Festival is currently taking place and will run until April 17. Trees were originally gifted to the American capital by the Mayor of Tokyo 110 years ago. The best places to see the blooms are at the National Mall and the Tidal Basin. Those who can’t make this year’s event can log into a live Bloom Cam. Visit nationalcherryblossomfestival.org/bloom-watch/


The Copenhagen Sakura Festival is held every year at the end of April in Langelinie Park, where 200 trees can be found flowering. Go on foot or take a boat ride along the adjacent canal and stop to watch drum shows, martial arts performances and parades of women in beautiful kimonos. Other good locations to check out include the Botanical Gardens and the Bispebjerg Cemetery, which is one of the most popular spots for photographers.


It’s even possible to find cascades of candyfloss petals on our own doorstep. From suburban streets to royal parks, London’s neighbourhoods burst with beautiful blossoms right up until May. The Duke and Duchess of Cambridge wake up to a pink-hued skyline in Kensington Gardens, where tourists often gather around the Albert Memorial; Kew Gardens has its own Cherry Walk; while an archway of trees leading the Ranger’s House in Greenwich Park presents a popular backdrop for selfies.


It may be one of the city’s smaller green spaces, but Herbert Park has a high density of cherry blossom trees. At the peak of the season, boughs cluster to create a rosy tunnel. Although it’s a little way out from the city centre, the remote location makes it feel like a secret garden.