How to have a high-end (yet affordable) break in Tenerife 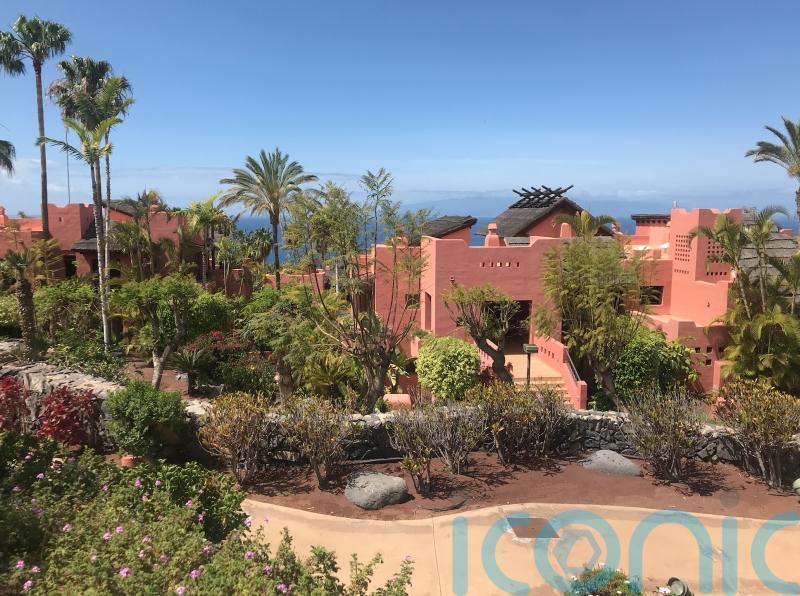 Swooping beneath the low layer of cloud caressing the tips of a dormant volcano, I can already tell that I’m in for something special. Even from a height, the dramatic contrast of the Tenerife landscape is breathtaking. The crystal clarity of the ocean set against craggy mountains and thick vegetation make it look almost prehistoric.

I’m on the inaugural British Airways flight from London Gatwick to the popular Canary Island, and I’m keen to find out what the destination can offer for a luxury weekend away.

My base is the Ritz-Carlton, Abama hotel on the west side of the island, a 459-room property with nine dining venues, seven swimming pools and an 18-hole championship golf course. Like something out of a fairy-tale, this sprawling coral palace can be distinguished from miles around, and is no less impressive up close.

Entering into the newly-refurbished lobby, with its marble-topped bar, velvet sofas and views right out to the beach at the fringes of the resort, I’m welcomed with a tart passion fruit cocktail, the first of many taste explosions to come. 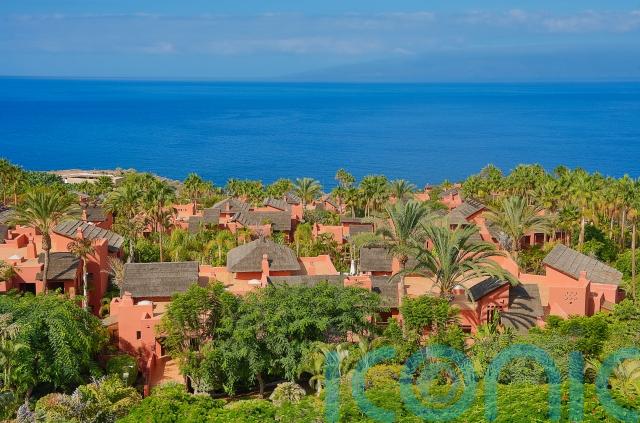 My room is located in the ‘adults only village’, which comes with its own separate pool (shared between the villas) and a pool-side bar from which I can order wine, cava, beer and soft drinks throughout the day, as part of my Villa Club package.

As I tuck into my seasonal starter, a delightfully fresh take on Salmorejo (a traditional Andalusian soup) with locally grown avocados replacing the tomato, I ask Gregory about the history of this coral palace. 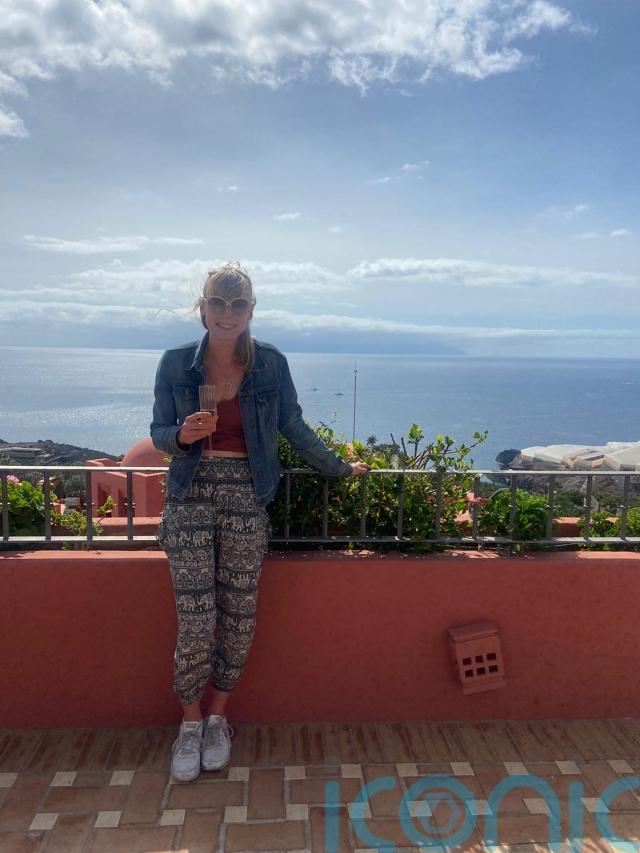 As it turns out, I can be forgiven for my quick judgement of Tenerife as a budget destination. Gregory tells me the island’s true coming of age is a fairly recent development. Until the late 1990s, in fact, the whole west side of the island was dedicated not to tourism, but to agriculture.

“The Tenerife you’re thinking of is most likely based on Las Americas in the south,” say Gregory. “That side of the island has been popular since the 1970s for its cheap year-round sun. They call it the Island of Eternal Spring. But this western side was transformed much later, as a more luxurious resort. Now, our land is some of the most expensive in Spain.”

The Ritz-Carlton, Gregory tells me, was once a banana plantation, along with much of the surrounding area. But development doesn’t mean the island has lost its natural resources. On the contrary, at dinner I’m served Tenerife tomatoes as part of my delicately presented burrata salad, and local potatoes pureed to accompany a dreamy variety of white fish known as cherne. 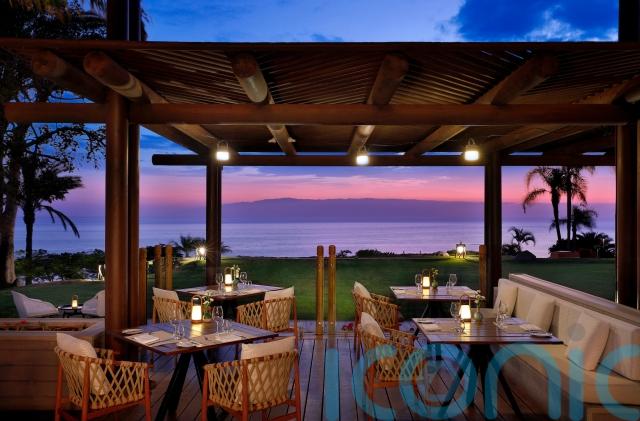 After a long sleep – most likely induced by so much good wine and food – I wake the next morning ready for a pamper. The Ritz-Carlton spa offers a tempting variety of treatments and wellness experiences, with access to the sauna and water bath for just £20 per day. But I am here for yoga in the spa garden.

Lasting over an hour, the session simultaneously provides both intense relaxation and a great workout. Afterwards, I escape for a quick head and shoulder massage and dip in the thermal pool. 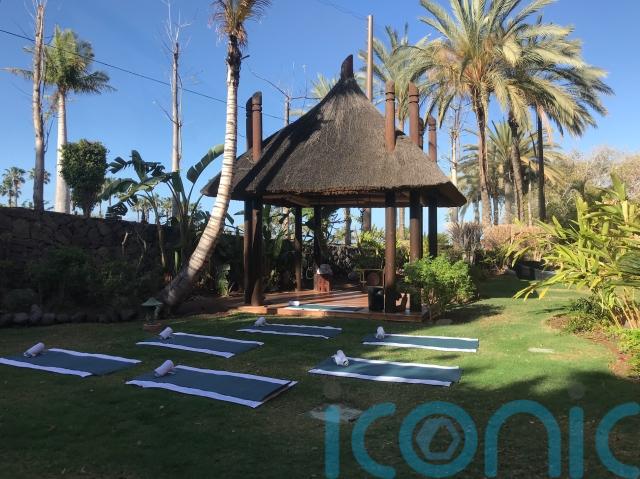 My short time in Tenerife so far has been utterly indulgent. Now, though, it’s time to escape the safe haven of the hotel and discover what secrets are being harboured by the rest of the island.

Driving 20 minutes from the hotel, I arrive at Puerto Colón to board a catamaran. It’s a little known fact that Tenerife is Europe’s first named whale heritage site, awarded the title for its significant commitment to wildlife protection.

Private whale watching tours start from around £30pp, lasting for two to three hours and are most definitely worth the price. On my trip, the whales and dolphins are so close I can almost reach out and touch them as they duck and dive beneath the net of the catamaran and leap from the pearlescent waters on all sides. 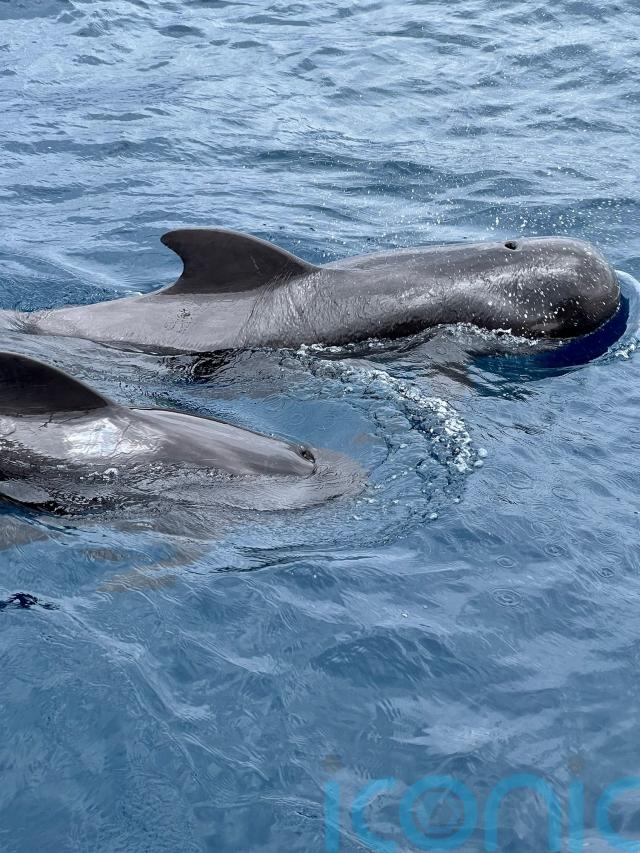 On a second, equally worthwhile day out, I head inland to Los Gigantes, literally translated as “The Giants”, where the terrain changes dramatically from sand, sea and bananas, to basalt and Latin American cacti. We take a hiking trail high up on the mountainside to discover villages nestled among the prickly pear, agave and almond trees. It’s from this height that I can really begin to appreciate the true beauty of the landscape.

With an appetite worked up, it’s time to head back to the hotel for my second Ritz-Carlton dining experience. Kabuki, Ricardo Sanz’s Michelin-starred restaurant, is famed for its fusion of Japanese and Spanish cuisine. Each and every dish is presented in the most exquisite – and in some cases – theatrical fashion, from the sushi and sashimi delivered on hand-decorated dishes, to the banana-cake finale. There is not a moment of the three-hour dining experience that I do not feel completely absorbed in the magic.

So, is Tenerife a luxury destination? I would have to say yes. Up until the very last sip of sangria in the tropical sunshine, I feel utterly enamoured by this charismatic Spanish island.

British Airways Holidays offers seven nights B&B at the 5* The Ritz-Carlton Abama from £799pp, including return flights from London Gatwick. Price based on travel in September 2022. Visit britishairways.com/tenerife