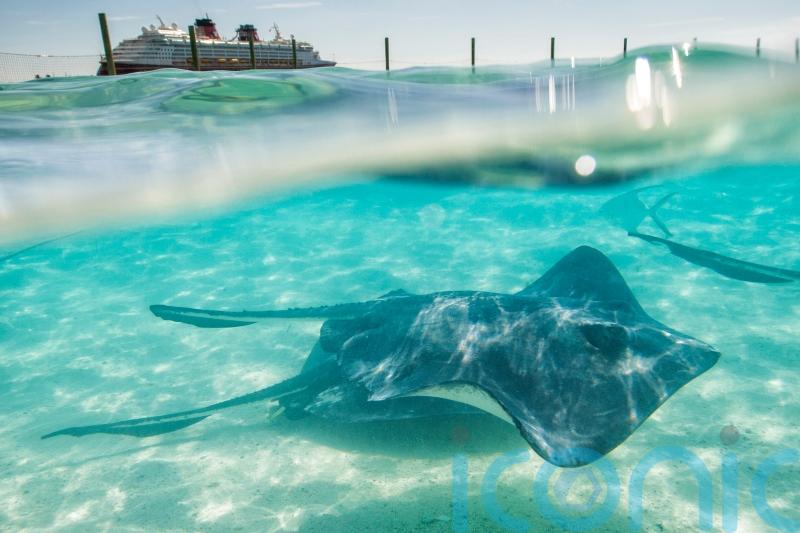 How do you greet a gentleman from London? The playful inquisition, posed by a bodacious 150-year-old sea turtle with hypnotic emerald eyes, is directed at me – “the dude with the fuzzy face” – in one corner of the Animator’s Palate dining room on board the Disney Dream.

Crush from Finding Nemo usually surfs the East Australian Current with his son Squirt but tonight, he’s floating serenely in a digitally rendered diorama of leaf and grooved brain corals above our awestruck table, eager for amusingly ad-libbed discourse.

I respond to Crush’s polite request and, with a theatrical flourish of mosaic-panelled flippers, the totally tubular seafarer repeats back to the table, “’Ello geezer!”

Moments of spontaneous joy are seamlessly woven into the fabric of a three-night Bahamian adventure with Disney Cruise Line: the personalised guard of honour as I board the ship, which leads to a resplendently nautical Mickey and Minnie; the first seven notes of When You Wish Upon A Star used as a horn signal to mark the ship’s departure from Port Canaveral in Florida; the marine life towel sculptures on turned down beds each night in the 1,250 staterooms. More than 70 percent have a private veranda and most boast split bathrooms that conveniently separate a bath/shower from the toilet.

In the Oceaneer Club, exclusively for ages 3-12, bright young things can take flight in a high-tech replica of the Millennium Falcon cockpit, dodge jail time in Andy’s Room from the Toy Story films, and explore a forest where Tinker Bell sprinkles pixie dust over storytelling sessions. 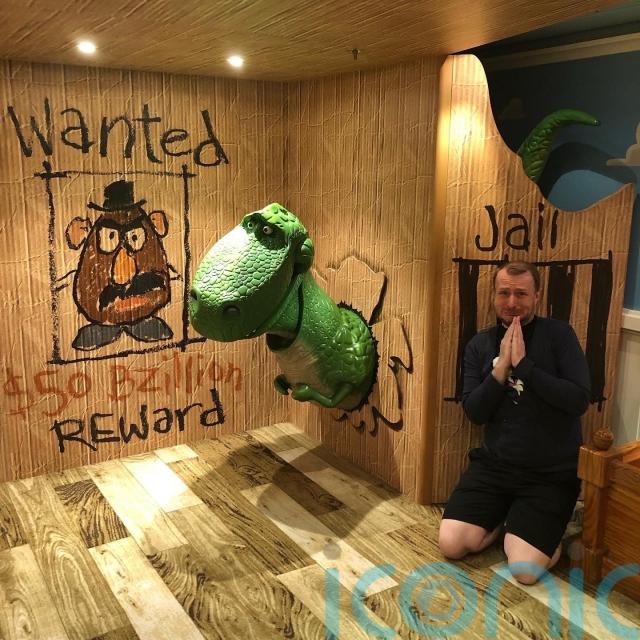 Rotational dining in Animator’s Palate and the other signature themed restaurants, Enchanted Garden and Royal Palace, pairs a team of servers to guests for the duration of the voyage, allowing for running jokes and comforting familiarity at the dinner table.

The prix fixe dinner at Remy is £95 per person (£80 surcharge for wine pairings) and we dine privately in the Gusteau Room with Ratatouille-inspired décor against the panoramic backdrop of a moon-lit ocean. 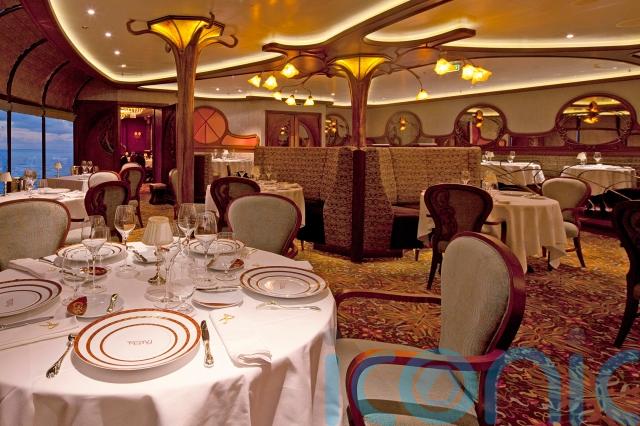 Ahi tuna is robustly seasoned with jerk spices then seared a la plancha, served with an unctuous avocado purée and a fresh mango emulsion to add a note of acidity.

Two courses later, medallions of butter-poached Maine lobster bask in an intensely flavourful bisque, served with cippolini onions glazed in a mussel and shellfish stock and adorned with an undulating potato crisp shaped like Venus sea fan coral – a fond flashback to my cutesy close encounter with Crush. 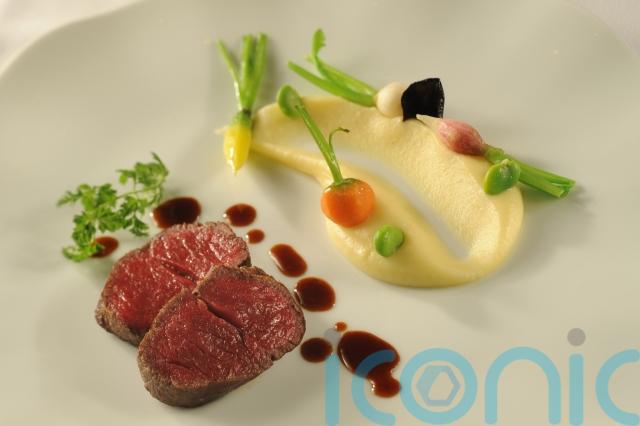 Gluttony is quietly encouraged on board with snacks and salads in bountiful supply until late from Luigi’s Pizza, Tow Mater’s Grill and Fillmore’s Favorites on Deck 11. Steady queues form at the Monsters, Inc.-themed Eye Scream quick service that changes flavours of swirled soft-serve cones each day.

Five lounges and nightclubs, clustered in the adults-only District area at the stern on Deck 4, include a cosmopolitan Skyline bar where hand-crafted cocktails are sipped to expansive computer-generated cityscapes that change every 15 minutes.

Digital dusk synchronises to the real setting sun. Look closely at the aerial city view of London and Mickey is waving enthusiastically from a corner balcony.

A risqué adults-only Mr & Mrs relationship quiz in the nearby Evolution nightclub, which serves artisanal cocktails from an extended circular bar, is part of the ship’s bewildering array of free entertainment.

Programmes change daily on the free-to-download Disney Cruise Line Navigator app, accessed via temperamental onboard WiFi, beginning around 8.30am with character greetings around the main atrium where a statue of Admiral Donald stands proudly with hands on feathered hips beneath an Art Deco-style chandelier more than 22 feet in diameter, sparkling with 88,680 hand-crafted crystal beads.

Trivia quizzes, delivered slickly by PowerPoint, contrast with a rambunctious silent DJ disco with competing soundtracks on three colour-coded channels. A karaoke night in D-Lounge is a crowd-pleasing triumph of bravado over pitch-perfect harmonies. 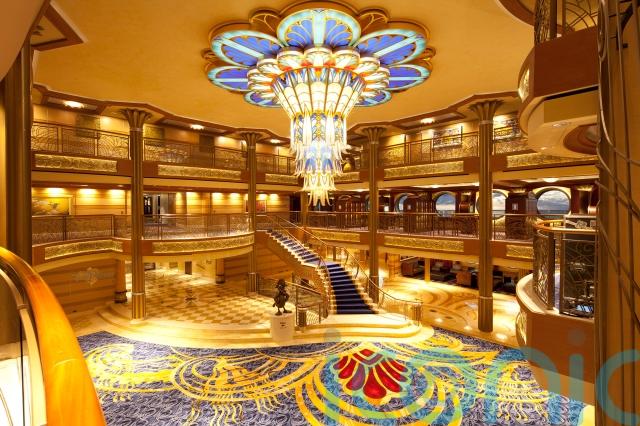 In the family dance party, hostess Sally ushers me to the centre of the room for a spontaneously choreographed solo. In an adrenaline rush of panic, I stiffly evoke the hip-swivelling spirit of Tony Manero from Saturday Night Fever. It’s mere coincidence that the dancefloor clears of visibly distressed children moments after my exuberant handrolls.

The 1,340-seat Walt Disney Theatre, which spans three decks with orchestra and balcony seating, is home to the liner’s theatrical productions including the award-winning Beauty And The Beast stage show, directed and choreographed by Connor Gallagher.

The Swarovski crystal-bedazzled musical is exclusive to the Disney Dream and employs innovative puppetry and a wraparound high-resolution LED video wall to condense the 2017 live action film into a show-stopping 70 minutes with eight musical numbers recorded by a 75-piece orchestra. 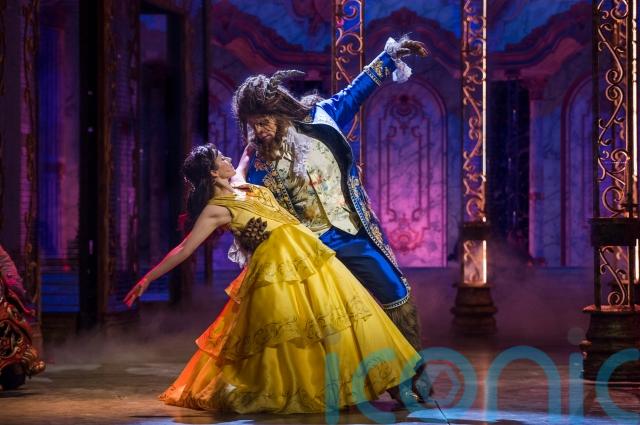 Disney Cruise Line uses special biodegradable pyrotechnics that marine life can eat in the only fireworks display at sea, choreographed to music from animated films including Peter Pan and Moana.

Our serving team tips us off to a prime viewing location on Deck 12 starboard, unobstructed by the AquaDuck water coaster that propels two-person inflatable rafts along 765 feet of a snaking transparent tube, which illuminates after dark.

During the day, guests are free to explore tropical ports of call at leisure and curated shore excursions can be booked for an additional charge through Port Adventures, located conveniently on Deck 5. 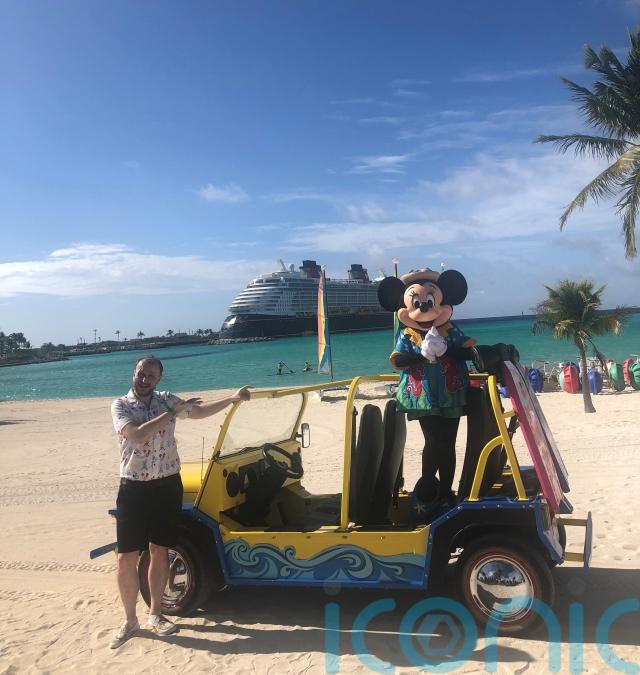 Castaway Cay, Disney’s 1,000-acre private island in the Bahamas, boasts a rich make-believe history involving pirates and bootleggers and more instances of spontaneous joy, such as the witty wordplay of neighbouring gift shops She Sells Seashells and Buy The Seashore.

Vintage hand-painted signs credit Disney executives, past and present, as the proprietors of local businesses (former CEO and chairman Bob Iger is captain of the shrimp distributors). 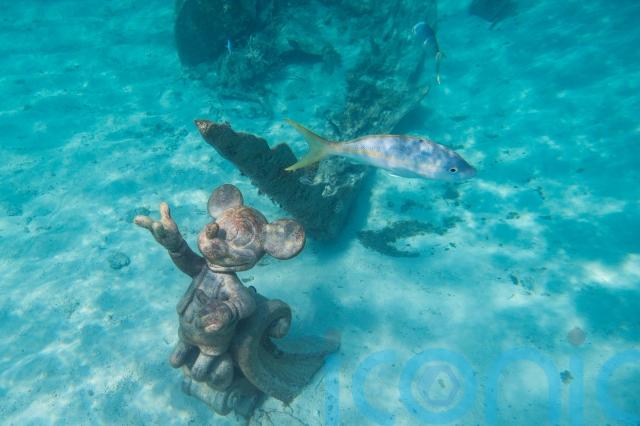 Sun-scorched skin cools deliciously beneath the watery cascade of the giant “bucket dump” on a 2,400-square-foot floating platform close to one of the family beaches. An enclosed corkscrew slide and 140-foot-long open slide elicit similar whoops of delight.

Nearby, I rent snorkelling gear (£26 ages 10 and over, £14 ages five to nine) to splash around a 22-acre lagoon scrutinised by lifeguards. Exploration between yellow buoys reaps rewards including a shipwreck with a Mickey figurehead beckoning heavenwards.

Shards of refracted sunlight pick out nonchalant tropical fish and a lone sea turtle. Through my fogged snorkel mask, I convince myself that grey reptile waves a flipper at me and in my partially submerged delirium, I reciprocate. Hey dude.

Disney Cruise Line (disneycruise.co.uk; 0800 171 2317) offers three, four, five or seven-night cruises on Disney Dream from Miami, Florida or Port Canaveral, Florida from £2,116 for two adults and two children (ages 3-12) sharing a standard inside stateroom including full-board meals, inclusive entertainment, taxes, fees and port charges. Price based on September 16, 2022 departure for a three-night cruise from Miami, subject to availability. Costs for additional services and experiences on board and Covid testing apply.