Conch willies and a thumping bass? This is why the Bahamas were given a royal seal of approval 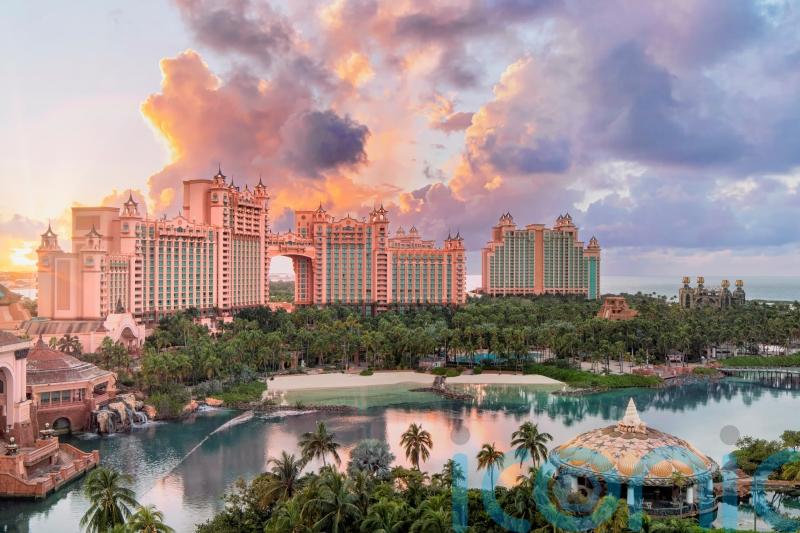 “When they came to The Bahamas, we told them: ‘Hey, you saved the best till last’,” recounts Marcus with a smile. “We rolled out the red carpet for them.”

Negotiating the compact streets of downtown Nassau, the engaging taxi driver provides a brief background of the nation’s capital, before crossing Sidney Poitier Bridge to Paradise Island, and stopping outside The Cove hotel.

His remarks refer to the Duke and Duchess of Cambridge, who stayed here during the final leg of their Caribbean tour to mark the Queen’s Platinum Jubilee in March this year. 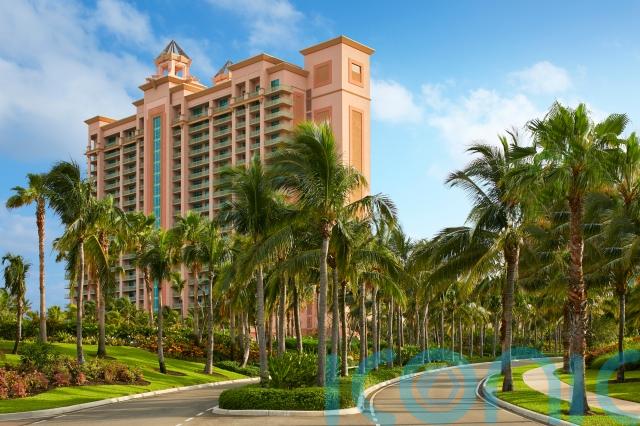 An absence of crimson-coloured floor covering confirms I have arrived too late to catch a glimpse of William and Kate.

Yet I receive a royal welcome of my own as I enter a tranquil, open-sided lobby and follow in their footsteps by wandering along marble corridors surrounded by elegant cichlid ponds.

The Cove, opened in 2007, is the most opulent of five hotels within the sprawling Atlantis resort, sister property to Atlantis, The Palm in Dubai.

Several floors down from the penthouse recently occupied by the royals, I check in to one of the 600 suites and am greeted with glorious views of the Atlantic Ocean. 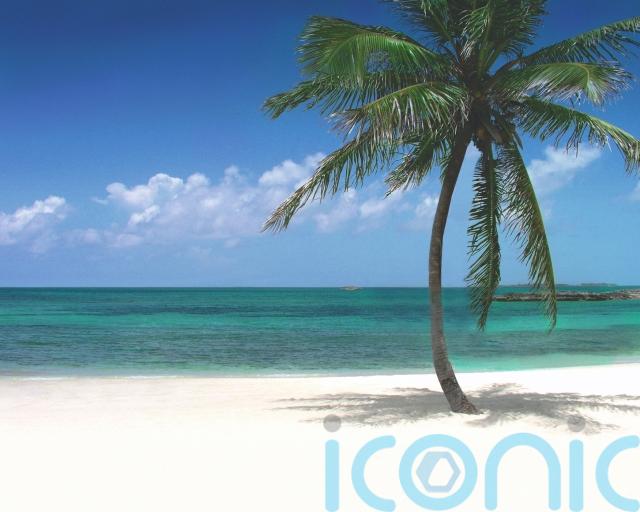 While the royal couple had limited time for recreation during their whirlwind two-night visit – which followed stays in Belize and Jamaica – regular guests are spoilt for choice.

Based on the mythical lost city, Atlantis is a colossal water paradise primed for both relaxation and adventure.

Sharks, stingrays and sea turtles are among 50,000 lagoon-dwelling marine creatures dotted across a thrill-seekers playground, which is surrounded by five miles of beaches and home to 11 pools, a 141-acre water park, nightclub, casino, golf course and more than 20 restaurants.

Unsurprisingly, it is a celebrity hotspot. 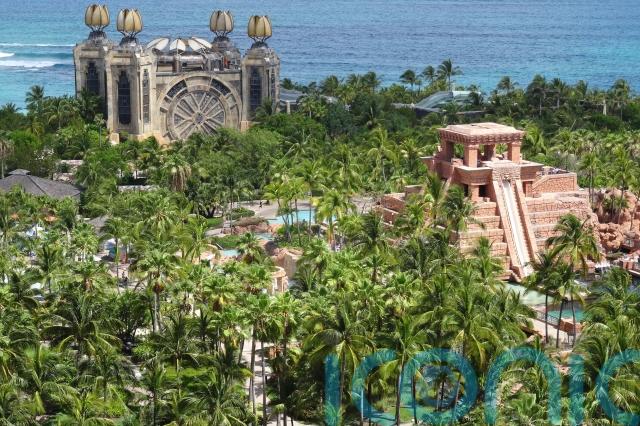 Tom Hanks, Oprah Winfrey and Angelina Jolie are just a handful of those who feature on the list of previous clientele, while I find multi-million pound super yachts permanently docked in the mega resort’s marina.

The waterfront location is the setting for my first genuine taste of Bahamian culture – an experience similar to one enjoyed by the royals on Bay Street in the heart of Nassau.

The vibrant street parade is Junkanoo – a joyous national celebration dating back more than 200 years and celebrated most fervently on Boxing Day and at New Year.

Brass instruments contribute heavily to the carnival atmosphere, with the passionate parping of a solitary sousaphone player stealing the limelight.

“Junkanoo to us Bahamians is like the biggest thing ever,” explains Kool Aid, Atlantis’s eccentric brand ambassador, as he guides me around the resort a few days later.

“I’ve never seen anybody, including our royals, stand up straight and watch – you feel the bass on your chest, it gets in you.”

The Commonwealth country – located north of Cuba and a stone’s throw from the south-east tip of Florida – is an archipelago of 700 islands.

A nine-hour flight from London, it is home to approximately 400,000 people and was a British crown colony from 1718 until independence in 1973.

The Duke and Duchess’ recent sojourn included a trip to the Abaco Islands in the north of the country.

For guests eager to join them in exploring the surrounding areas – known to Bahamians as the ‘family islands’, Atlantis has teamed up with Coco Bahama Seaplanes, to launch trips with a touch of glamour.

I board the inaugural scenic flight from Nassau to Kamalame Cay (pronounced ‘key’) on the nation’s largest landmass, Andros.

Shortly after take off, it is initially difficult to distinguish where sea and sky meet.

Shadows created by wispy, cotton wool-esque balls of cloud then begin to pockmark a kaleidoscopic expanse of water, which is home to one of the world’s largest barrier reefs, and ranges in colour from enticing blues and greens to mustard yellow and milk white.

A cruising altitude of around 3,800 feet allows me to pick out a pair of languid eagle rays from above, just before the eight-seater Cessna Caravan circles one final time.

“I hope everyone’s ready to get their feet wet,” warns co-pilot Cole as we splash down with a light thud. 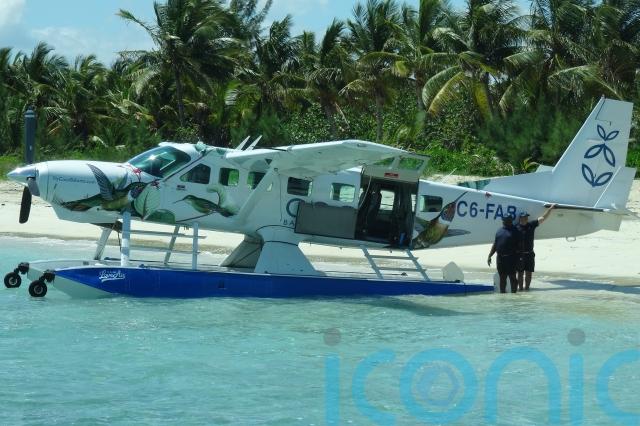 “You don’t get that with Delta Air Lines!”

Paddling ashore, it is instantly clear that the privately-owned destination is the antithesis of Atlantis.

After driving barefoot along winding trails, I jump aboard a speedboat to gain a different perspective on my new surroundings, before later sitting down for a beach lunch of blackened mahi mahi, red snapper, and avocado ice cream, disturbed only by the gentle hum of further propeller-assisted arrivals.

It is tempting to linger longer among the hammocks and coconut palm groves, but the time quickly comes to make the return hop east, a journey of roughly 15 minutes.

Back in Nassau – which is situated on the country’s most populous island, New Providence – I am persuaded to follow the Duchess’ lead in trying a seafood delicacy.

Rumoured to be an aphrodisiac, conch (‘konk’) pistol is commonly said to be the male genitalia of the eponymous sea snails which dwell in pink and orange shells, and are ubiquitous in this part of the world.

Gleeful eyes, including those of dreadlocked restaurant owner Ken, fix on my facial expressions as I remove the translucent strip of flesh from the mollusc and then gingerly chew on something akin to a rubbery noodle. 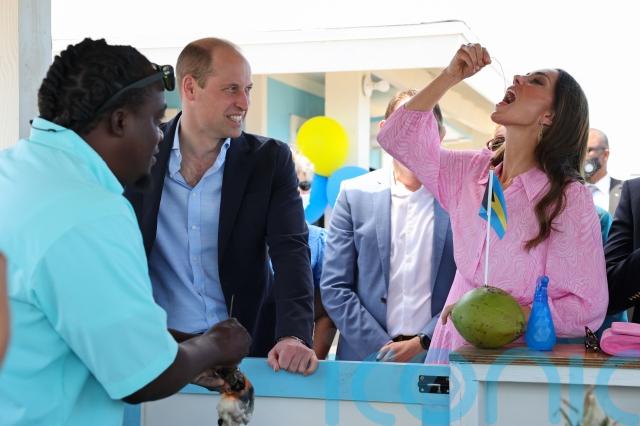 The closest culinary comparison would be calamari and there is little, if any, taste.

Mercifully I do not experience the supposed after effects and I later discover conch, which is primarily eaten raw, is best served in a refreshing salad comprising tomato, pepper, onion and lime juice.

Seafood lovers have no shortage of dining options at Atlantis.

Nobu – a Japanese fusion restaurant which received the royal seal of approval from William and Kate – is a personal favourite, serving up a feast of lobster ceviche, spicy garlic scallops and the chef’s signature dish of black cod with miso. 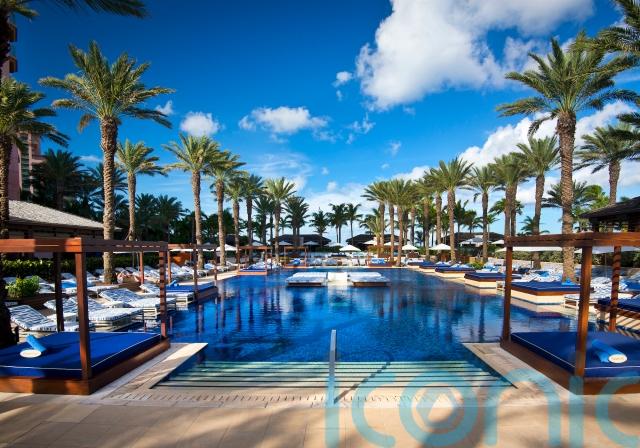 After an adrenaline-fuelled afternoon testing the slides and rapids of Aquaventure water park, my final hours on Paradise Island are spent sipping Sky Juice – a Bahamian cocktail of gin, coconut water, sweet milk and nutmeg – by the Cove’s adults-only pool before a rejuvenating massage at the resort’s Mandara Spa.

Atlantis undoubtedly justifies the fanfare. It is a destination fit for a king – a future one, at the very least.