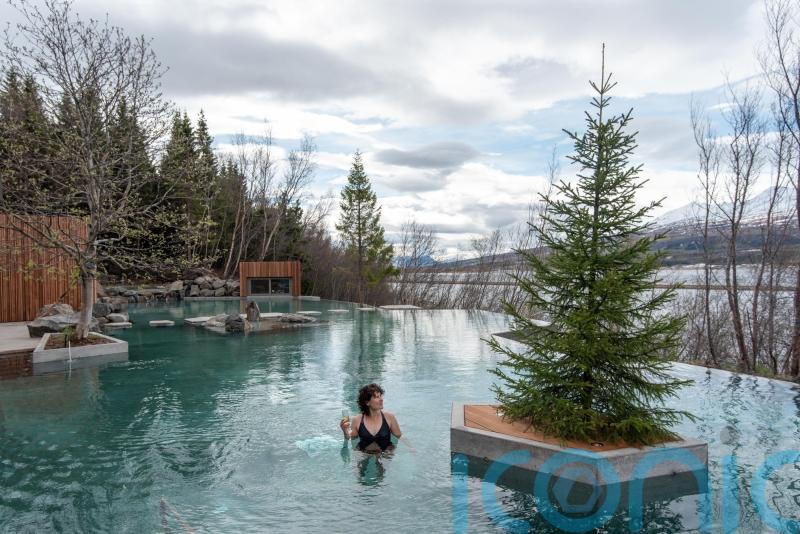 Bubbling both below and above the surface, volcanic activity has defined Iceland’s landscape. Lava fields tangle from the foot of gas-spewing peaks and steam spurts from cracks in the ground.

Naturally, the Earth’s non-stop rumblings have shaped a national culture too.

Bathing in hot springs is a tradition stretching back centuries. From dipping in hidden lagoons to pumping heated water into purpose-built pools, Icelanders have harnessed the power of geothermal energy to create one of the country’s biggest national pastimes.

The Blue Lagoon in Keflavik, close to Iceland’s main international airport, has been declared a world wonder for it’s therapeutic silica-rich waters. But it’s not the only super spa in the land of fire and ice.

Recently opened, the Forest Lagoon in Akureyri is setting a new standard for Icelandic hot springs. Here’s why everyone’s so excited about the new bathing spot in the north… 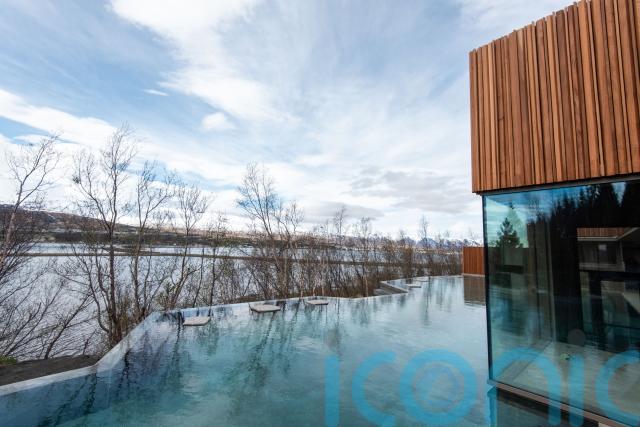 Harsh winds prevent trees from growing too tall in Iceland, making forests a rarity. But this nature-driven, purpose-built spa, which opened last month, makes the most of what’s available by occupying one of the few leafy sites in the north.

Although perhaps not so much of a novelty for Brits who’ve grown up surrounded ancient oaks, there is another benefit to the choice of setting. Along with the sweet smell of sap and earthy moss, the natural attraction of the location is its sheltered position – exceptional in a country where winds can gust up to 70mph.

Is it easy to reach?

While many of Iceland’s hot springs are hidden in (almost) inaccessible places, this one is a doddle to find. Overlooking the 60km Eyjafjörður fjord – where humpbacks regularly migrate to feed – it’s across the water from mountain-backed capital of the north, Akureyri.

In fact, it’s possible to leave home in the UK and be bathing a few hours later, thanks to a new direct flight from Niceair (niceair.is), launching June 3. (A direct link to Manchester will follow in October.)

Cut directly into a mountain, with exposed basalt rock forming a feature wall, the wooden spa building is a natural beauty. Trees from east Iceland have been planted at the entrance – where a bistro serves meals, coffees and drinks – and stone sinks are a striking feature in the changing rooms.

The lagoon is divided between two main pools – heated to 39C and 41C. Inside, a wooden glass-fronted sauna looks onto the water, framing a view of snow-dusted mountains and deciduous trees, whose boughs rotate through a seasonal palette of golds, bronzes, silvers and greens.

So what else makes it so special?

It might sound a bit technical, but having 27 outlets pumping water into the lagoon is a game-changer, allowing water to flow evenly, so there are no annoying cold patches to surprise you.

A choice of two swim-up bars avoids long queues. Plus it’s open until midnight – later than any other purpose-built lagoon in Iceland – meaning you can stay out later to watch the midnight sun or catch a glimpse of the northern lights, depending on the time of year.

How’s it different to the Blue Lagoon? 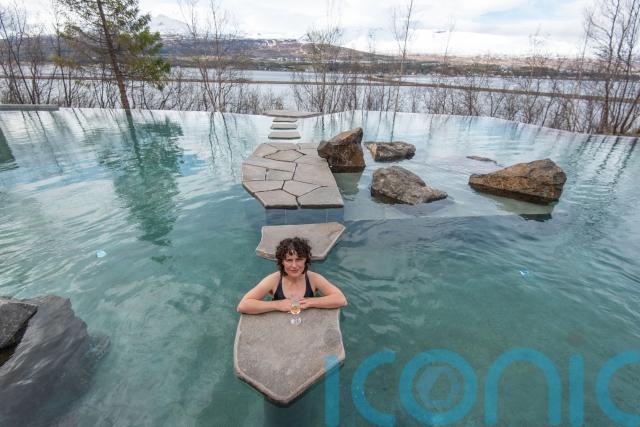 Although built by the same design team, BASALT Architects, the main difference is… it isn’t blue. While water flowing from lava fields into Keflavik’s world-famous attraction is rich in silica (giving it a distinctive milky blue colour), at Forest Lagoon it’s simply a mountain spring heated by energy from the Earth’s core. The source was discovered during digging for a new toll tunnel in 2015, now part of Iceland Ring Road Route 1.

General manager Tinna Jóhannsdóttir claims the water still contains beauty-boosting minerals collected on its journey through millennia-old basalt rocks. But the main wellbeing benefit is simply the relaxing sensation of bathing in a hot spring.

Bathe in water as blue as Keflavik’s famous lagoon, at one of the longest established hot springs in the north. An hour’s drive east from Akureyri, overlooking  a gaping caldera, it neighbours the sulphur-streaked bubbling hot pots and steaming fumaroles of Hverir.  Work is ongoing to transform the site with new facilities for 2024. Visit myvatnnaturebaths.is; adults from £37 (excluding towel hire).


A cliff-top position overlooking the Skjálfandi Bay and the Article Circle to the north, is this smart lagoon’s trump card. Relax in warm water and watch humpbacks fluke and occasionally breach as kittiwakes swoop overhead. Combine with a three-hour silent whale-watching trip from the harbour in Husavik, on one of North Sailing’s electric vessels ( northsailing.is; £68pp). Visit geosea.is; adults from £34 (excluding towel hire).

Opened last year, this slick spa and heated pool is on the outskirts of Reykjavik. Entered directly from the dimly-lit changing rooms, a waterway winds through rocks to reach an infinity pool, with waterfalls and a bar tucked into a cave. Pay extra for a seven-step ritual, which includes a circuit of sauna, rain room and body scrub. Stick around for sourdough sandwiches and fresh soups in the café. Visit skylagoon.com; Pure Pass, including ritual and towel hire, from £62.