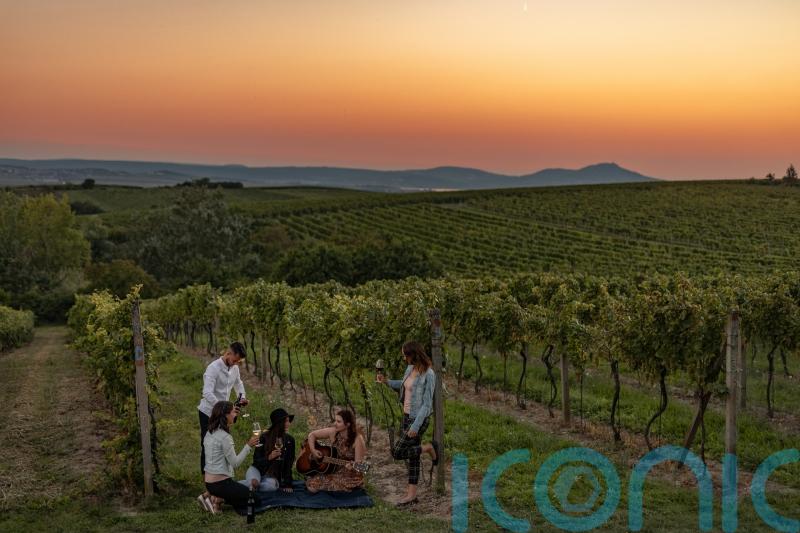 Deep in the heart of the picturesque region of the Czech Republic they call the Moravian Tuscany, I meet Frankovka.

She is fresh, refined, full-bodied and utterly intoxicating.

I know in an instant that I have found my perfect dinner companion, a fruity little number to suit any occasion. The biggest challenge is bringing her back home with me.

Frankovka, you see, is a delicious red wine cultivated on the lush, undulating hills of the former communist state, a country more renowned for its quality beers than its wines. 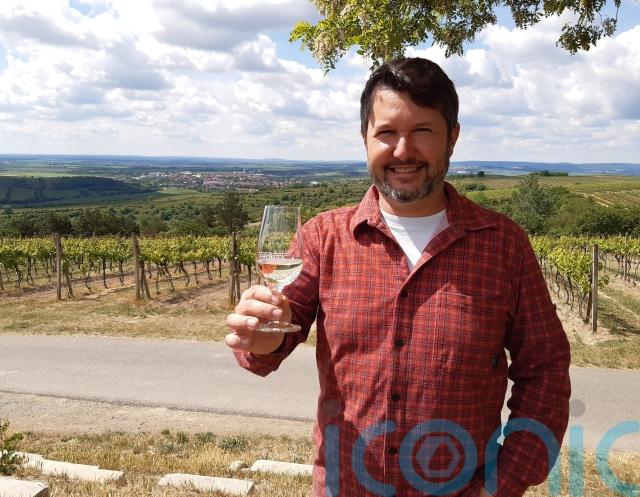 I‘m introduced to her by Jan Stavek, on a hill overlooking the nine hectares of vineyards that his family have lovingly nurtured for four generations.

It’s a beautiful place with villages dotted among the landscape, their red terracotta roofs gleaming in the mid-morning sun, with neighbouring Austria and Slovakia off to the distance.

It’s little wonder why this region has been nicknamed the Czech Tuscany, and yet very few British tourists have so far stumbled on it.

As we enjoy the views, Jan introduces us to two of his prized wines – the J Stavek sauvignon and rose, Tercie – before we head to his idyllic winery in the village of Nemcicky for an introduction to fabulous Frankovka. 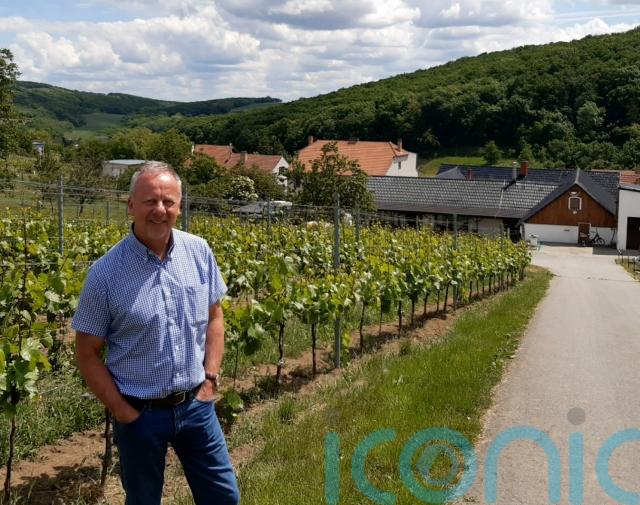 Lashings of local sausages, pate and cheese are laid out as we devour the intensively ruby red wine, Jan’s forbearers looking down at us from old sepia photographs with knowing smiles.

It’s one of many highlights in a whistlestop tour of South Moravia, a region blessed with more than 17,000 hectares of vineyards and boasting oodles of charm, history, magnificent castles and ancient traditions.

Most of it can be found within a two-hour drive of the Czech Republic’s second city, Brno, or better still as part of a cycle tour meandering through the countryside.

Now, it’s fair to say we don’t talk about Brno (ahem, as the song goes in Disney’s Encanto). But with regular one-hour-40-minute flights from London Stansted, it’s a perfect stop-off en route to this relatively unknown district. 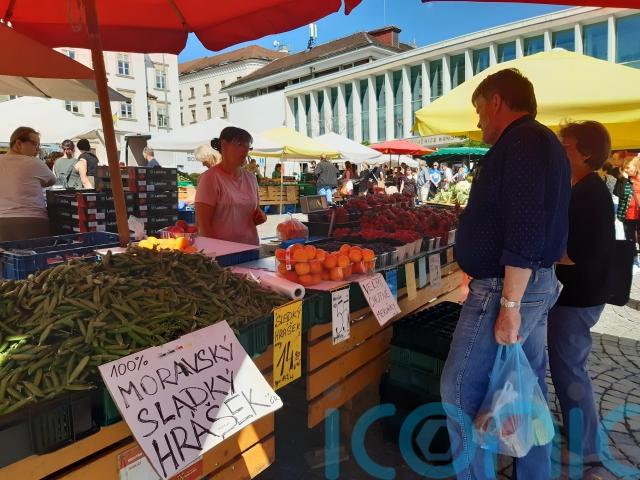 Don’t be in any hurry to move on, though. Brno may not match capital Prague in the sightseeing stakes, but it’s an enchanting city, with a young, energetic vibe, no doubt helped by having no fewer than 10 universities close by.

Outside our base for the first night, the imposing Hotel Grandezza, dozens of vegetable and flower growers arrive early to sell their wares in the aptly named Cabbage Market, a daily ritual that has been going on since the 13th century.

A bizarre statue of Mozart as a boy, but with an adult head, marks the spot where the genius composer performed when he was seven, while the towers of the iconic cathedral of St Peter and Paul loom large. Above an entrance to the cathedral, a sign reads ‘Come here everybody who is toiling. I will refresh you. Your soul will find peace.’ Well, it certainly worked for me.

For a culinary treat, the hottest ticket in town is Element, a cool, tastefully decorated and surprisingly reasonable restaurant and bar in the centre of the city.

It’s run by well-travelled head chef Tomas Reger and renowned drinks expert Jan Liska, who met in Dubai and decided to return home to Brno to showcase their talents.

The restaurant was launched to great fanfare before having to shut after just one day when the pandemic struck. However, as the country returned to something approaching normality, it quickly gained a reputation for excellence and the five-star reviews followed, making booking in advance strongly advised.

My delicious trio of fish croquettes, grilled pork and deconstructed cheesecake came in at 730 Czech Koruna (£24). 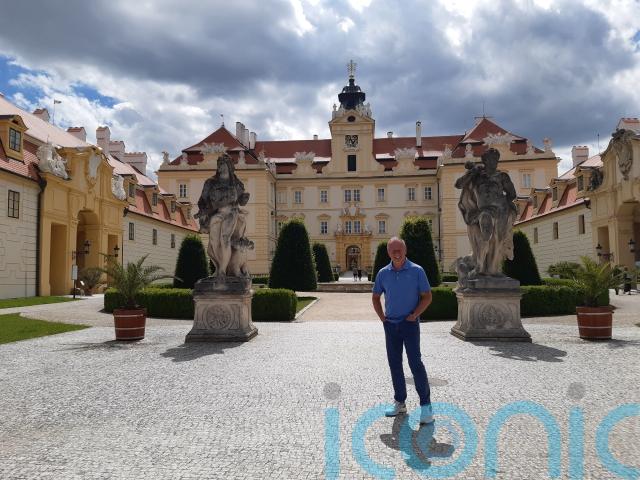 Suitably refreshed, we head to the imposing Valtice castle, one of the most impressive baroque residences in central Europe and a Unesco world cultural site.

Before touring the castle, where the powerful Liechtenstein family once lived, we head down into the caverns for a wine tasting session. More than 100 varieties of sparkling, white, red and rose wines are waiting for us, each summarised on bright poster boards with information on everything from their sugar content and acidity, to their sensory characteristics.

The cellars quickly fill with other mostly Czech-speaking visitors and, as the sample wines disappear, conversely so the noise levels rise, creating quite an atmosphere. 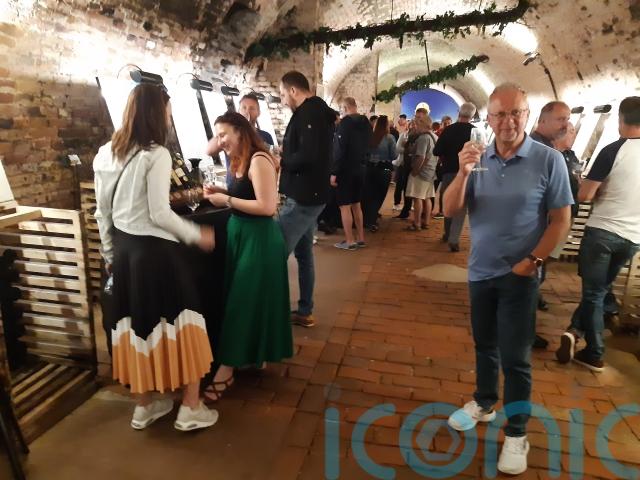 Although my taste is for dry white and red wines, I’m smitten by the sweeter Palava.

It’s a treat then to travel to the modern Sonberk Winery, nestled in 40 hectares of vines in the foothills of the Palava hills to sample some more.

As our guide tells us, it’s like tasting Palava wines in 3D. And it’s no surprise to see an image of the vineyard and hills on the cover of the encyclopaedic Wine Explorers tome, selected above hundreds of other pictures of vineyards from across the world.

Only a small batch of the 100,000 bottles produced by Sonberk each year finds its way to the UK, with most consumed in the Czech Republic. I can’t resist taking a bottle of the Palava home for 300 Koruna (£10). 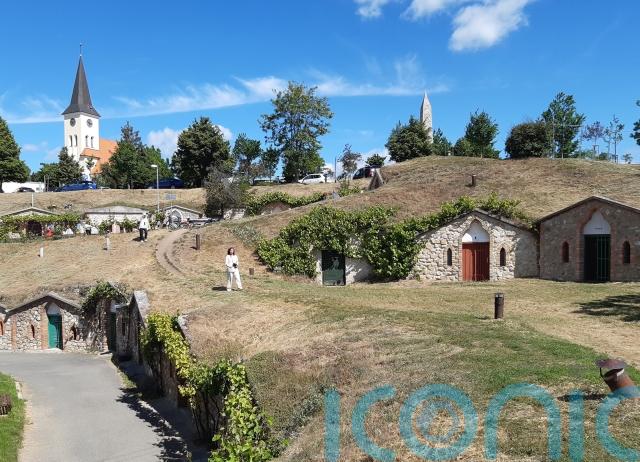 I envy the villagers and winemakers in Vrbice and, further east in Petrov, who are able shelter their wines in cool, deep caverns, handed down through the generations, ready to share among friends on warm summer evenings.

Ancient traditions abound in this region, with thousands of people flocking to the colourful annual Ride of the Kings, close to the Slovakia border in Vlenov, also listed by Unesco. 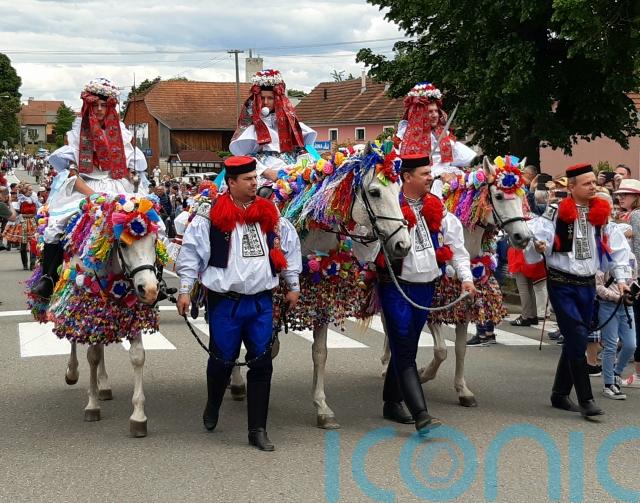 It’s a privilege to be among them as locals dressed in traditional folk costumes parade through the village on horseback, before entertaining the crowds with dancing and singing, an ancient ritual that dates back more than 200 years.

At the front of the parade is the ‘king’, a 12-year-old boy with a rose in his mouth and two accomplices. Behind them, 18-year-old boys from the village form an honour guard, waving swords to ‘protect’ the king.

As they pass, they entertain the crowds with gentle teasing, encouraging them to drop money into a pouch on the horses to help cover the costs of the costumes – said to be up to £3,000. 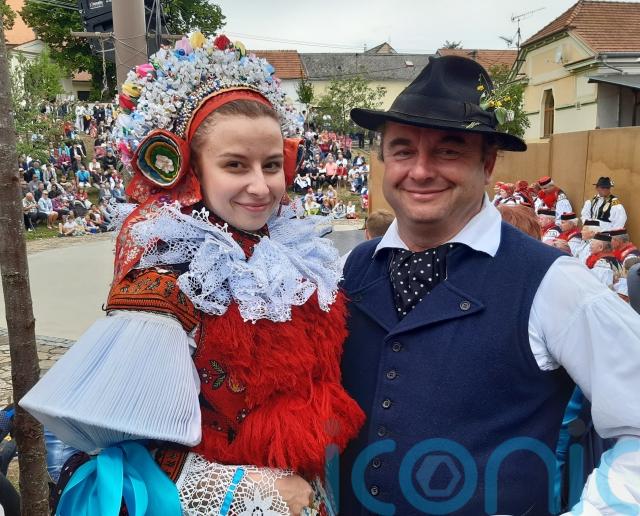 It’s all great fun until suddenly one of them points his sword at me and bellows something in Czech, sparking great laughter among the hordes. I duly empty my pockets into the horse’s pouch and then ask a couple in the crowd what was said. “He was making fun of the fact you don’t have a beer belly and that you must like wine, not beer,” comes the reply.

Well, as insults go, I’m more than happy with that, even though it’s not strictly true. To celebrate, I resolve to toast the occasion with my favourite tipple. Now where’s Frankovka when you need her.

Rooms at Hotel Grandezza cost from £94 per night, with breakfast. Visit grandezzahotel.com.

For more information on the destination, visit gotobrno.cz/en.