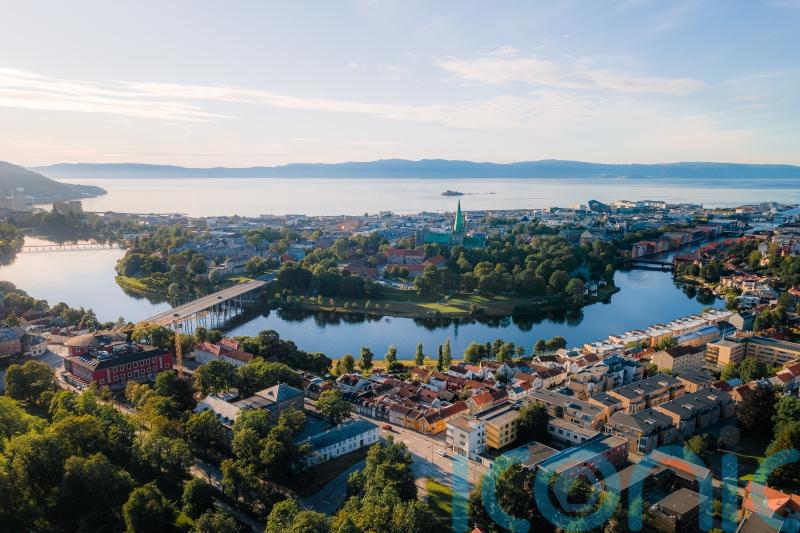 My journey to food heaven ends in Hell.

It is more pleasant than you would imagine. There are cliffs packed with pine trees, sweeping views of a vast fjord and a quaint mustard-coloured railway station.

Mercifully, this is not the spiritual realm of perpetual evil and suffering, but an unassuming Norwegian village located across the Stjørdalselva river from Trondheim airport. 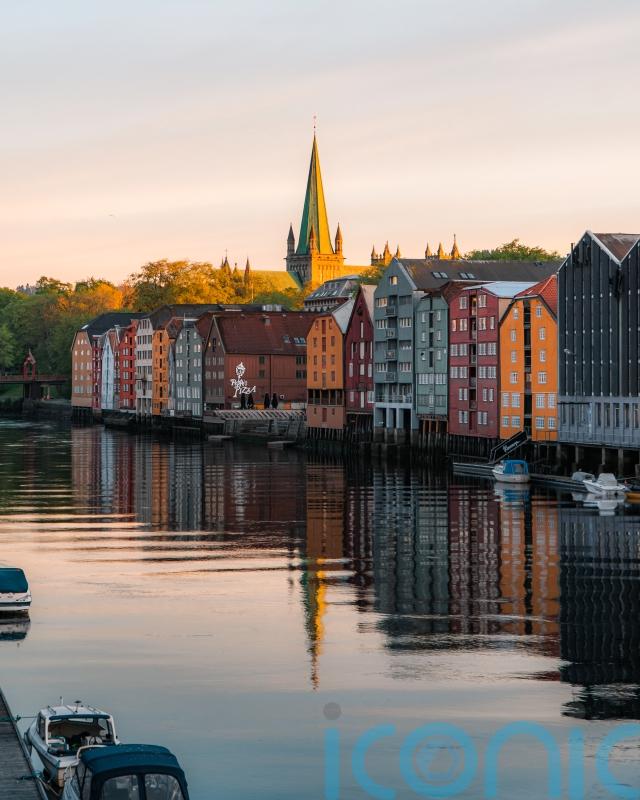 Its sinister name – said to derive from the Old Norse word hellir, meaning ‘overhang’ or ‘cliff cave’ – is displayed on a Hollywood-esque sign high up on the hillside, greeting visitors at the gateway to Norway’s third largest city.

Trondheim, around 20 miles to the west, is the beating heart of Trøndelag, the European Region of Gastronomy for 2022, and consequently, I am in Viking territory on a voyage of culinary discovery.

“It’s the garden of Norway,” declares Roar Hildonen in his family-run restaurant To Rom og Kjøkken (Two Rooms and a Kitchen) during my first full day in the city centre.

“Twenty five per cent of produce in Norway comes from within two to three hours of Trondheim. It’s like having a restaurant in the middle of heaven.” 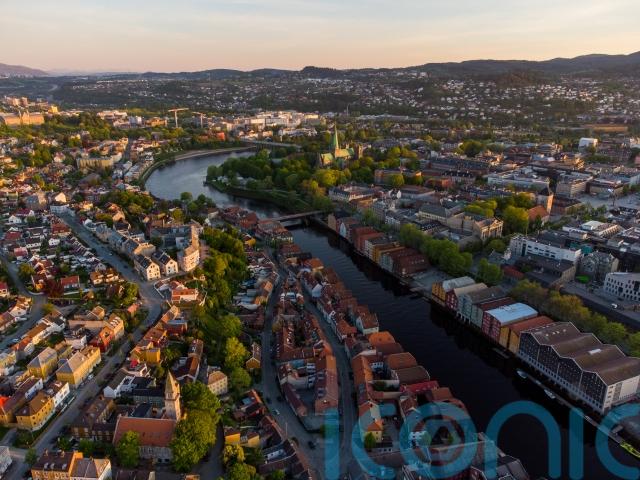 My four-night visit coincides with Trondheim’s annual food and brewery festivals, and begins with a foraging class on the shores of the aforementioned fjord, which shares the city’s name.

Meandering along narrow paths past traditional red timber houses, I pluck and eat wild plants and flowers under the guidance of Jim-André Stene.

The father-of-two satisfied an urge to reconnect with nature by educating himself in edible flora, before quitting a sales job in 2019 to become a professional forager.

He now heads a team of 10 at his business Trøndelag Sankeri, supplying hand-harvested produce to 134 restaurants across Norway, in addition to leading group tours. 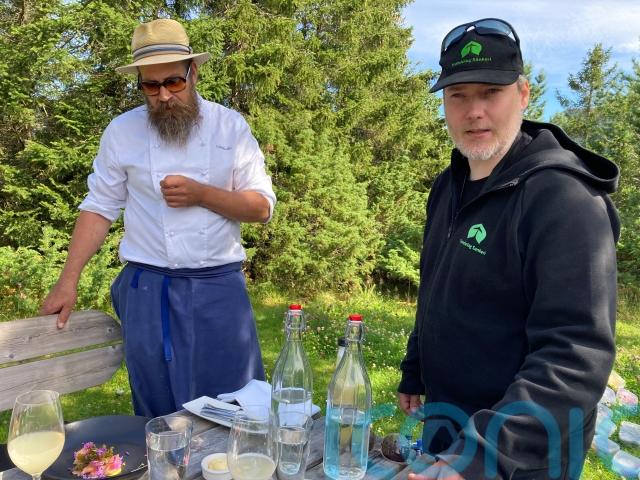 “If it looks good, tastes good and it doesn’t sting you, it’s probably toxic,” warns Jim, moments after brushing the harmful hairs from a nettle with a bare hand and chewing on a leaf.

Bluebells are at least one exception to the rule. We also sample cow vetch, juniper cones and the mushroom-flavoured ribwort plantain before sitting at a waterside picnic bench covered with a reindeer-hide rug for an alfresco meal cooked on a barrel-shaped barbecue by bearded chef Lars Laurentius Paulsen.

Salmon, venison and hake are expertly combined with some of the pickings from our baskets, while a sprinkling of red wood ants – collected on one of Jim’s earlier expeditions– adds a crunchy bitterness to a dessert of strawberries, raspberries, meringue and meadowsweet syrup. 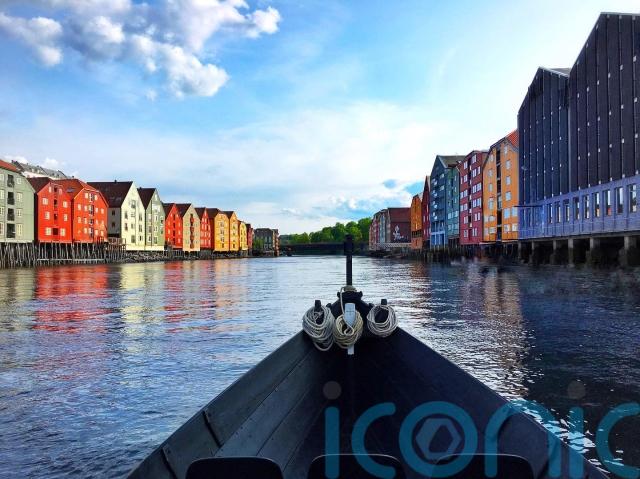 Trondheim – known as the ‘home of Nordic flavours’ – has a population of approximately 205,000 and sits in central Norway, around 300 miles north of the capital Oslo and a two-and-a-half-hour flight from London.

British explorers have been attracted to the area’s fertile valleys since at least the 1830s and my trip follows in the footsteps of forefathers colloquially dubbed the ‘Salmon Lords’.

Lured by the abundant fish in the Nidelva river and further north, these intrepid adventurers, including members of the aristocracy, endured journeys far more arduous than mine before enjoying welcome respite in what became known as the Britannia Hotel, enticed by the promise of English-speaking staff and afternoon tea.

The five-star hotel still delivers on both fronts and provides the luxurious base for the duration of my stay. 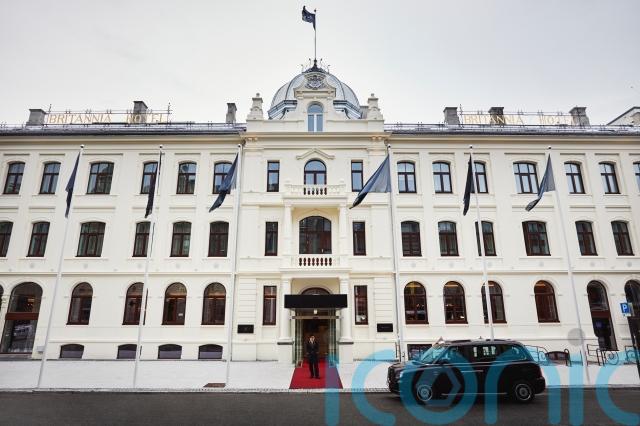 It also houses one of Trondheim’s three Michelin-starred restaurants, Speilsalen (the Mirror Hall).

Manager Gina Endresen encourages her team to serve with swan-like grace as they present a sumptuous 10-course tasting menu (£211) with a carefully choreographed routine in an opulent setting of chandeliers and reflective glass.

Oscietra caviar combined with egg and crème fraiche and halibut with blackcurrant and Norwegian curry are particularly memorable dishes, while a wine pairing (£194) means recollections of the petit fours are a little more hazy.

The Britannia, which opened in 1870, is perfectly placed for exploring the festivals. 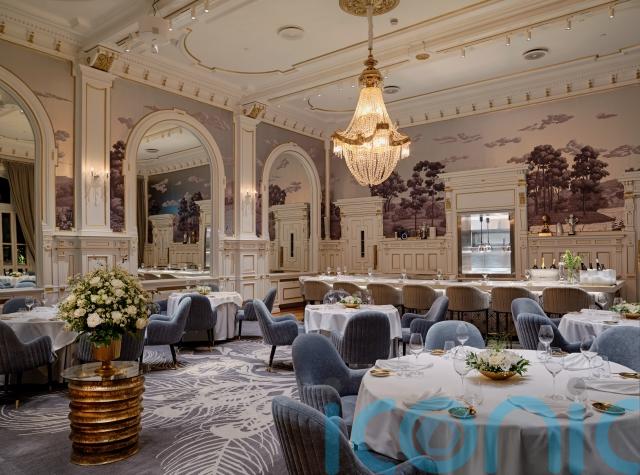 Trondheim’s annual food fair began in 2005, a period when – according to anecdotal evidence from many of the Trondheimers I meet – the area began to revolutionise from serving mediocre frozen fare to maximising its abundance of seafood, game, vegetables and more.

Stalls showcasing 170 producers are divided into regions and stretch along the streets of Munkegata and Kongens Gate, attracting around 250,000 visitors across three days.

I try chewy stockfish (air-dried cod) and tender reindeer meat from the mountains of Røros, close to the border with Sweden, before moving on to the market square to wash it down with local brews at the beer festival, established in 2013 and this year hosting 50,000 people.

Glorious sunshine enhances the atmosphere at the first full versions of these events since the pandemic, but blue skies are far from guaranteed in this part of the world, even during the long daylight hours of summer. 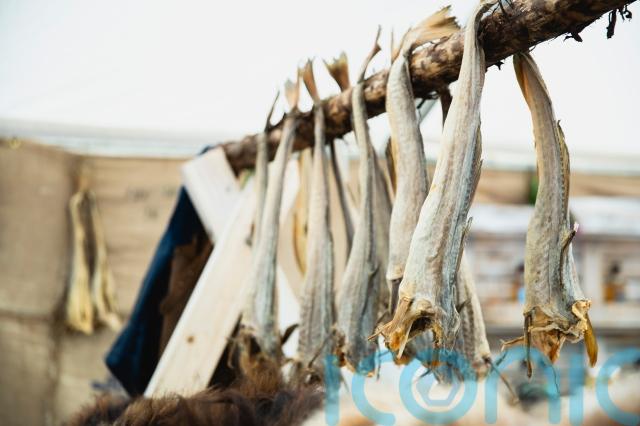 “Our weather is chronic but our food is iconic,” smiles captain Amanda Hausken the following morning, as spots of rain fall on her Åfjords boat during a ride along the Nidelva.

Amanda’s vessel, which bears a striking resemblance to the Viking ships sailed more than 1,000 years ago, helps provide a different perspective on the vibrant, university city.

We glide under the red gates spanning the old town bridge, pass the colourful old wharf buildings and breeze out on to the fjord, where we are fortunate to spot a couple of porpoises, before heading back to dry land.

Following three evenings of fine dining, which includes a visit to Michelin-starred restaurant Credo, my farewell feast comes in more cosy surroundings at the home of Bjørn Fjeldvær. 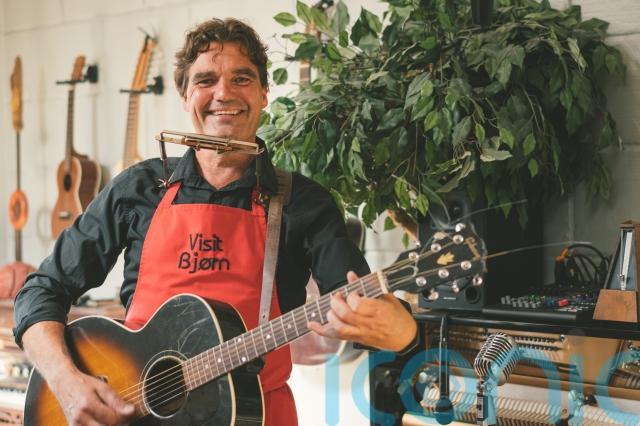 The charismatic musician, raconteur and former restaurateur (with a passing resemblance to Antonio Banderas) has entertained visitors at his charming red house in Trondheim’s Ila district since 2019.

He tells tales of dining alongside his country’s royal family, developing adoration for Johnny Cash due to his uncle’s hectic love life, and using a gravestone in the garden to deter rival bidders when purchasing his property from Norwegian novelist Anne B Ragde.

The captivating sagas are accompanied by smoked salmon, trout and Bjorn’s signature dish of bacalao (salt cod stew) and capped by a sing-along ode to the province’s burgeoning food reputation, which gives a nod to the city’s healthy student population and was written specifically for the gastronomy award. 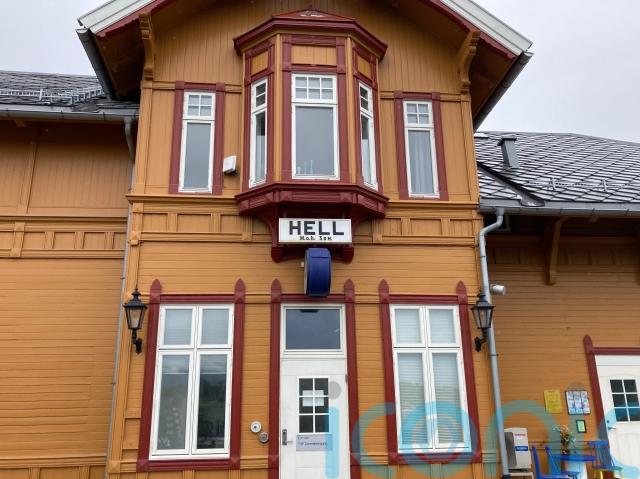 Sips of fiery aquavit are actively encouraged during harmonica solos and, unsurprisingly, it does not take long for the 16 foot-tapping guests in his living room to add gusto to a catchy, yet simple chorus.

Bjørn’s snappy lyrics are still in my head the following day as I depart Trøndelag, via a brief detour to the satanic-sounding village which has become a minor tourist attraction.

I spent roughly five minutes in Hell. The rest of the trip was the very antithesis.

Rooms at the Britannia Hotel (britannia.no) cost from £265 for a superior room on bed and breakfast basis.

Norwegian (norwegian.com) offers return flights to Trondheim from Gatwick and Manchester, starting at £41.70 one way.