From goose poo beers to cloudberry wines, why there’s plenty of reason to raise a glass in Finland 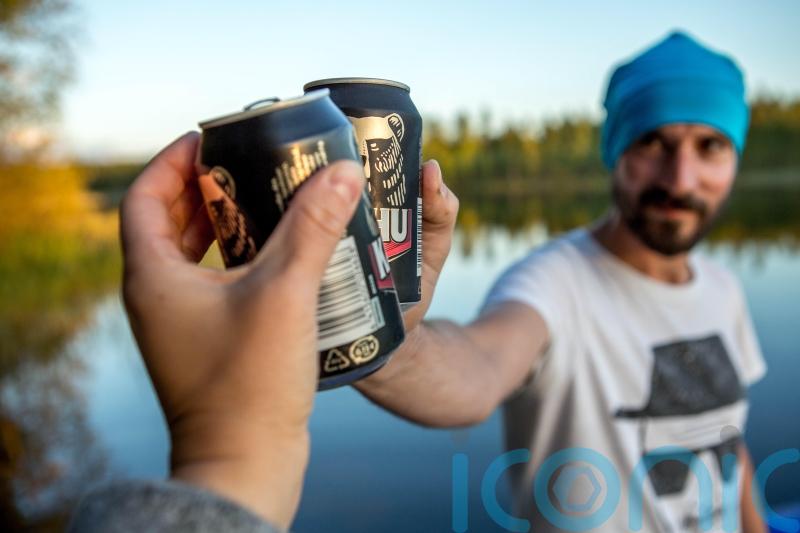 A brewer could be offended if someone described the taste of their creation with a certain four-letter word. But for Ant Brew’s Kari Puttonen, it’s a compliment.

“Everyone hates the mess geese make,” he explains, when we meet at the company’s brew house and bar (antbrew.fi), “so we wanted to do something useful with it.”

The headline-grabbing beer joins a collection of inventive brews – made with weeds, moss and discarded citrus fruits from cocktail bars – all launched last year when Lahti was named European Green Capital 2021.


But creating concoctions with unusual ingredients is nothing new in Finland. Nordic cuisine champions ingredients foraged from forests or plucked from the sea, making use of what nature has to offer at close hand. Yet although a culture of brewing beers has been bubbling away since the 19th century – (records suggest it was made even earlier) – the trend for microbreweries has only taken off in recent years.

There are now over 100 independent outfits in Finland, utilising some of the world’s best ground water, filtered through gravel in the last ice age. And despite tight regulations regarding alcohol being in place, beers, ciders and wine are shaping a gourmet scene attracting more visitors to the country.

A one-hour drive west from Helsinki, Fiskars village, in Raseborg, was founded in the 17th century as a centre of iron production. From the mid-1980s onwards, artists, creatives and entrepreneurs moved into the empty red brick buildings, breathing a new lease of life into the withering, forgotten community. Fiskars Brewery (fiskarsinpanimo.fi/en/) is one of those businesses, based here for the last nine years.

Co-founder Jari Leinonen takes me on a tour of the building, where a sweet scent of fermenting yeast clings to metal tanks. Taking pride in the use of local ingredients, they’ve made beer with yarrow, rosehips, berries and chaga mushrooms to create “a taste of the forest”.

Female brewer Kia is experimenting with fermented raspberry leaves, collected at her summer cottage and kept for 24 hours in jars. When I ask Jari about his favourite ingredient, however, he strokes his beard and gives me a typically Finnish response.

“Bacteria,” he exclaims, enthusiastically showing me a project to use wild yeast harvested from the river.

An artery running through the centre of Fiskars, the river has always been an important gathering place for the community.

On a walk along banks lined with ash, oak and linden trees, local guide Tula Kleiman points out Pesula, a café-bistro on a spot where women once met to wash laundry. Today, says Tula, domestic duties have been honed into weekly knitting classes – although all sexes take part.


Challenging stereotypes is all part of modern Finnish culture – and that also applies to the drinks industry. Just outside Lahti, a two-hour-and-20-minute drive north-east from Fiskars, in the small village of small rural village of Miekkiö, Ainoa Winery ( ainoawinery.com) is run by American David Cohen and his Ecuadorian wife Paola.

Regaling his story when I join them for a tour and a tasting, David admits the journey hasn’t been easy. An enthusiastic amateur winemaker in the States, David switched to using berries due to EU regulations on making grape wine in Finland.

Starting out with a few crates of berries from Helsinki market, he began experimenting with different flavours: lingonberries were tricky to ferment, strawberries tasted like old jam, but cloudberries worked like a dream.

He admits one of the biggest challenges he faced, however, was snobbery.

In the early days, after offering free samples of his wines to buyers, he was disappointed to discover nearly half of them turned him down.


“When you give free alcohol to Finns and they say no, you start to worry,” jokes the former engineer, who only gave up his day job a couple of years ago.

Persistence paid off, however. Ainoa’s wines are now stocked at Michelin star restaurants and have won several prestigious international awards.

“People are starting to appreciate berry wine and the concept of what’s possible in Finland,” says David, sipping a glass of Sametti blueberry dessert wine, a perfect match with Manchego cheese.

He’s right. Fuelled by enthusiasm, adventure and a willingness to try the unexpected, anything is possible here.