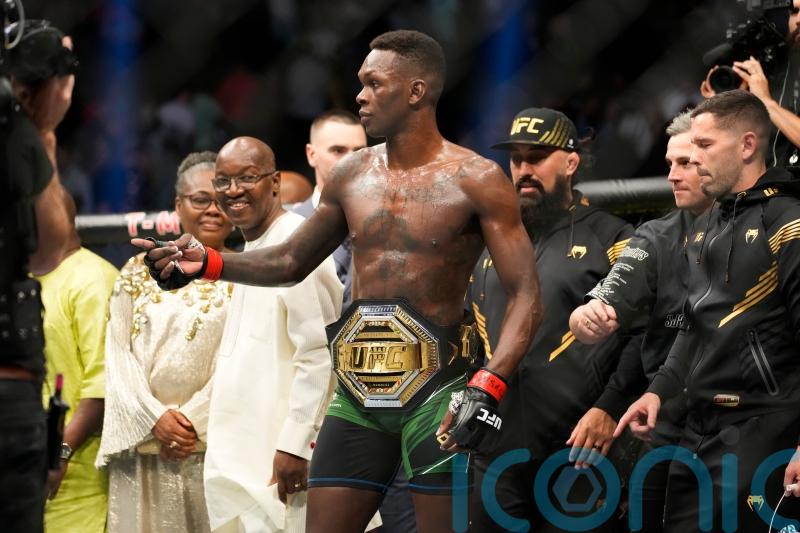 Adesanya used his height and reach advantages in expert fashion against Jared Cannonier, employing a ramrod jab and vicious leg kicks to control the distance at the T-Mobile Arena in Las Vegas.

The New Zealander was handed a unanimous points win by scores 49-46, 49-46 and 50-45 as he retained his 185lb title for a fifth time before calling out Alex Pereira in the octagon afterwards.

Pereira knocked out Sean Strickland on the undercard and the Brazilian holds two kickboxing wins over Adesanya in 2016 and 2017.

“We know who’s next,” Adesanya said in his post-fight interview. “Next time I put you on skates, you’re going to get frozen like Elsa.”

In the co-feature, Volkanovski outclassed Holloway in their trilogy fight to retain his featherweight crown. The Australian won a 50-45 shutout on all three cards for his third win over Holloway.

“I want to be in this octagon as much as possible. I want to be busy,” said Volkanovski, who suggested he plans to move up to lightweight to win a title in a second weight category.

“I don’t think this division itself can keep me busy. I want to move up, go for double champ and I’ll keep two divisions busy.”