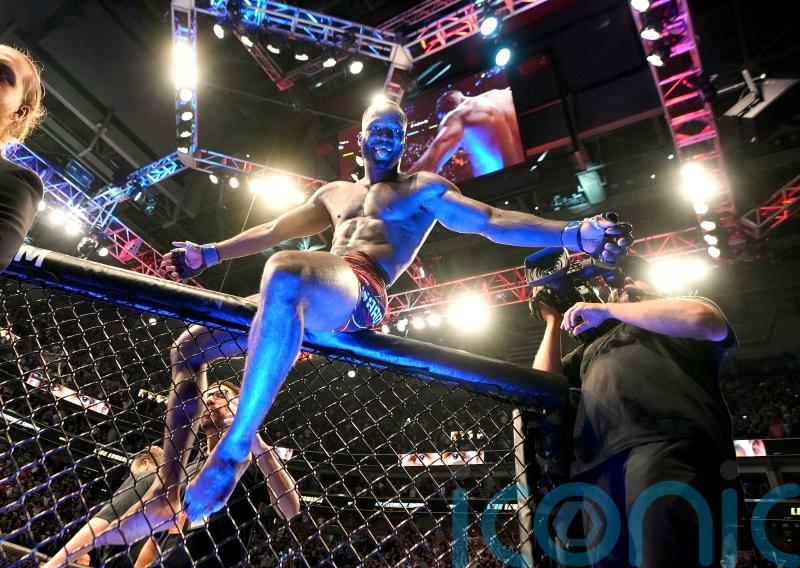 The 30-year-old challenger had been on course for defeat at Vivint Arena before unleashing a left high kick in the final round that sent Usman crashing to the canvas.

Edwards, who lost to Usman in 2015, is only the second Briton to become a UFC champion, following Michael Bisping in 2016.

He said in his post-fight octagon interview: “I can’t put it into words. It’s been a long four years. They all doubted me, they all said I couldn’t do it. Look at me now!

“I’m from the trenches, I’m built like this. I go until the battle is done.

“I do it for everyone coming behind me. I told you it was possible. We can win a belt, from the UK. Look at me now. I told you I could do it.

“God is on my side. I said it all week, I felt like this is my moment. Everything that happened in the past – two years out, the pandemic, all of it. They all said I couldn’t come back and do it.

“There is no ring rust. Now look at me, the champion of the world. I was born in Jamaica with nothing, look at me now.”