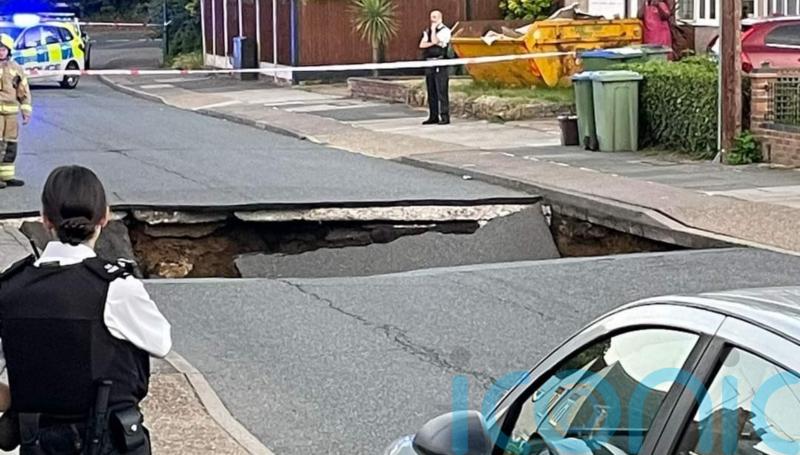 Residents have described the “exciting but scary” moment a huge sinkhole swallowed up part of a street in south-east London.

The road surface on Martens Avenue, Bexleyheath, began cracking and collapsed at around 9pm on Tuesday, locals said.

Darren, who chose not to give his last name, said a motorcyclist had a “lucky escape” after his bike fell into the sinkhole, that spans the entire width of the road.

He told the PA news agency: “It happened just outside my house and no one was injured as far as I am aware, thankfully, but the individual on the bike got away with a lucky escape.

“He left the scene before the emergency services arrived.

“It has been pretty exciting but also scary as we have been informed that we might have to be evacuated if things progress.

“The road is still shut, emergency services have left now and it is only Thames Water services remaining.”

The residential road remained closed to traffic and pedestrians on Wednesday.

Liam Edwards, 25, who lives on Leysdown Avenue, said he heard a “massive thud” as part of the neighbouring road collapsed. 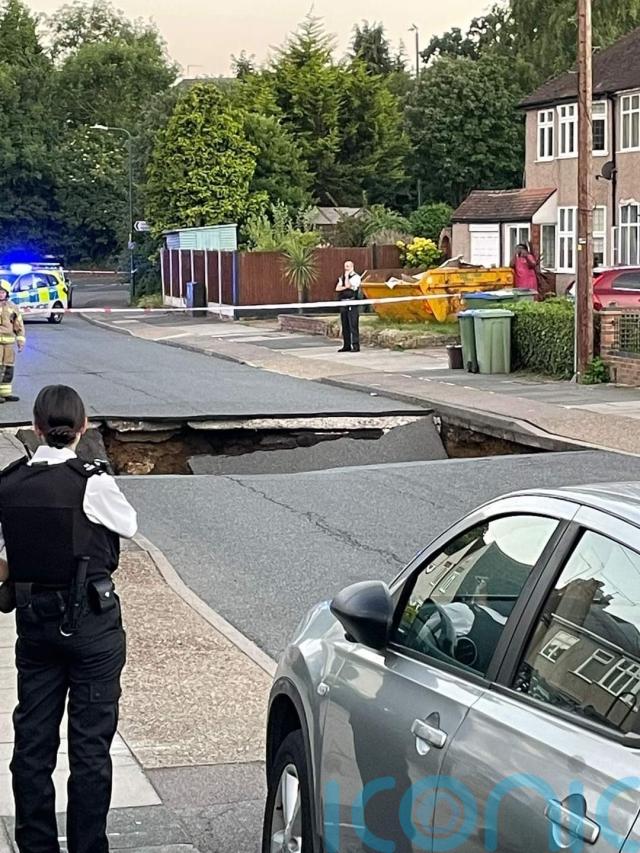 Mr Edwards told PA: “I live on the road next to it and I heard a massive thud.

“I saw there was a motorbike inside it and I spoke to one of the neighbours right by it and (he said) he had moved his van just five minutes prior otherwise that would have also been in the hole.

“Nobody was hurt, although it was a scary experience for the ones living opposite it.

“The whole place now has no police presence but you couldn’t get near it if you tried.”