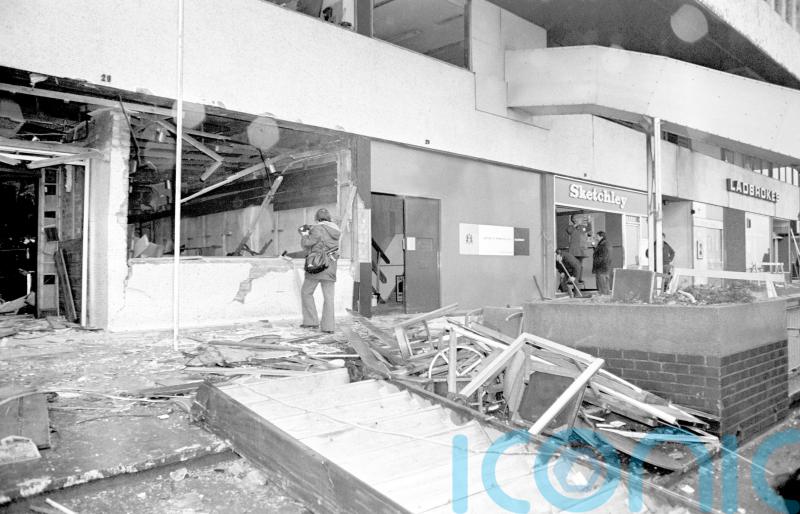 The family of a Birmingham pub bombings victim are bringing a civil case for damages in connection with the attacks.

Ms Smith is also suing the chief constable of West Midlands Police Sir David Thompson, claiming the force’s investigation was conducted negligently and in breach of its statutory duty. 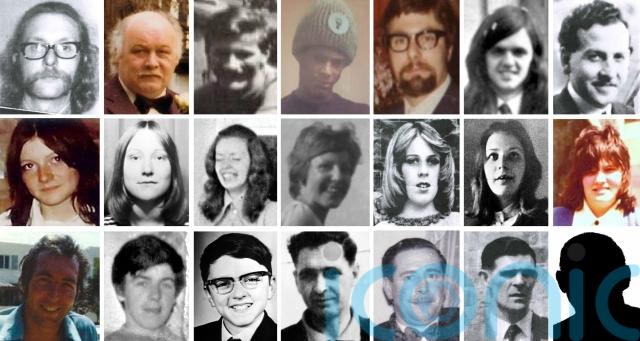 It is the latest twist in the victims’ relatives’ long-running campaign for justice.

Two bomb blasts ripped apart the Tavern in the Town and Mulberry Bush pubs in the city centre on the night of November 21, 1974 – killing 21 people and injuring more than 200.

A third bomb failed to go off and was recovered, but later lost, by West Midlands Police.

Mr Reilly, now in his 60s, was previously arrested in November 2020 under the Terrorism Act and questioned by West Midlands Police officers in connection with the pub bombings.

He was unconditionally released following a search of his home address in Belfast.

Mr Reilly has always denied any knowledge of – or involvement in – the bombings.

His lawyer Padraig O’Muirigh said: “I can confirm that legal proceedings have been issued against our client.

“Our client repudiates the claims made by the plaintiff in their entirety and the legal proceedings issued will be strenuously defended.

“My client has never been convicted of any offence in relation to the 1974 pub bombings.”

Nobody has ever been brought to justice for the attacks, which happened at the height of an IRA bombing campaign on mainland Britain.

The Birmingham Six were convicted of involvement in 1975 and jailed for life but freed after 16 years, when the Court of Appeal in 1991 ruled their convictions were unsafe.

The legal move follows a successful 2009 civil action by the families of victims of the 1998 Omagh bombing in Northern Ireland.

However, it took nearly six years for the Omagh campaigners to raise the £2 million needed to fund their case – including an £800,000 grant of government money.

The Hambleton family are applying for legal aid in Northern Ireland to help fund the action, but if unsuccessful will have to turn to donations.

A writ of summons was served at both the West Midlands force’s Birmingham headquarters and on Mr Reilly’s lawyers, in the past month.

The writ has been issued now as the proposed new Northern Ireland Troubles (Legacy and Reconciliation) Bill, currently making its way through Parliament, would ban new civil claims relating to the Troubles.

Julie Hambleton, who was 18-year-old Maxine’s younger sister, said: “Our legal team based in Belfast have sent a writ to Michael Patrick Reilly for us to bring a civil case against him.

Ms Hambleton runs the Justice4the21 group, which has in recent years urged authorities to hold a public inquiry into the bombings, which remain unsolved.

She added: “The writ is to sue for damages in the High Court in Belfast for Mr Reilly’s alleged involvement in the murder of Maxine Hambleton who was my sister.”

“The threshold for a civil case is not as high as a criminal case, as was discovered with the case brought by the Omagh bombing families, who successfully brought a case for the murder of their loved ones.”

A West Midlands Police spokeswoman said: “We can confirm we have received a civil writ.”