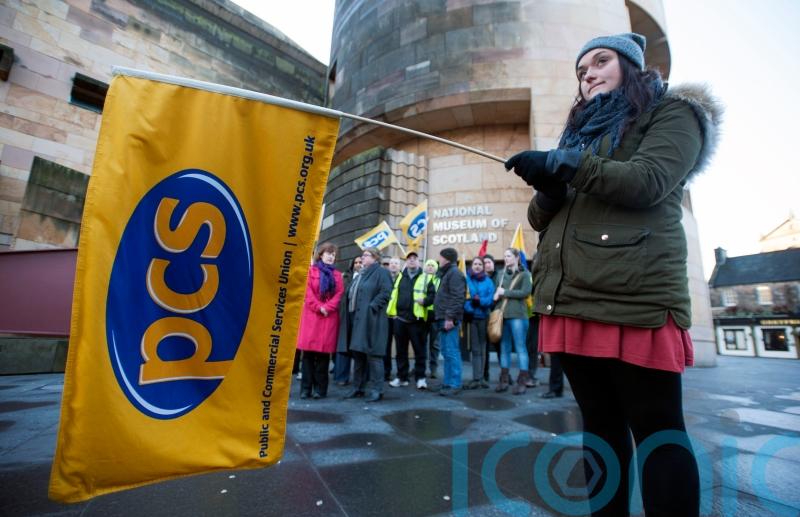 Nearly 10,000 civil servants are set to vote on industrial action amid a dispute with the Scottish Government over an offer described as a “real terms pay cut”.

The Public and Commercial Services Union (PCS), the largest civil service trade union in the UK, has announced it will ballot its members as part of the ongoing dispute.

The row began in December 2021 when the Scottish Government published its 2022/23 pay policy, which PCS argue is a “real terms pay cut”.

Union members rejected the pay offer following a ballot in February and March.

It is understood to impact every department of the civil service, of which there are almost 10,000 employees, including Scottish Government staff, courts and prisons and the culture sector.

The PCS has previously raised the issue as staff in the Scottish sector struggle to cope with the cost-of-living crisis.

Joy Dunn, industrial officer at PCS, said ministers had informed the union there was no additional cash to increase the sector’s pay – despite ScotRail staff and local government workers receiving improved pay offers in recent months.

She said: “They have claimed there is no additional money to increase pay beyond the core elements of pay policy, despite additional funds being found for ScotRail and an extra £140 million going to local government for pay.

“Instead, Scottish Government officials have contacted employers to give permission to go beyond the parameters of pay policy which normally allows employers to use just 0.5% of their current year pay budget to further fund pay awards.”

The union said that despite months of negotiations, members “face a massive real terms pay cut and living standards being further eroded during the worst economic crisis since the 1970s.”

The letter went on to say that a consultative ballot held in February showed members would be “willing to consider industrial action” if a pay offer was not made.

Ms Dunn continued: “That time is approaching and PCS members across the Scottish sector will need to stand together to demand that pay and living standards are protected for you and your families.

“Over the coming weeks, PCS will be holding members’ meetings and getting in touch with key information about the ballot so please get involved in these meetings and encourage your friends and colleagues to join PCS if they are not already a member.”

A Scottish Government spokesperson said: “Scottish ministers recognise, given the change in the economic climate, that it may be necessary for public bodies covered by public sector pay policy to go beyond the flexibility parameters set out in the 2022-23 pay policy.

“The civil service workforce is integral to our recovery from the pandemic and ministers urge all parties to continue dialogue and reach a resolution which avoids industrial action.”