The UK can expect days of thunder as heavy rain and flooding are set to continue over the coming days.

The Met Office has issued a yellow thunderstorm warning for England and Wales on Tuesday, with conditions potentially causing more flash flooding as well as transport disruption and power cuts.

The weather warning will stay in place for southern England on Wednesday, where communities could be cut off by flooded roads, and the chance of fast-flowing or deep flood water could cause danger to life.

The Environment Agency has put out 19 flood alerts in areas of the Midlands and south-east England.

ScotRail warned passengers to expect delays on some routes, with some speed restrictions in place, while in Perth, Network Rail said it was dealing with flooding at the station.

But authorities moved Yorkshire to official drought status on Tuesday, following parts of the South West, southern and central England and the east of England.

It comes as an abrupt end to the heatwave last week and follows weeks of little rain, which has caused drought and left land parched.

Met Office spokesman Stephen Dixon said: “We have got thundery showers possibly for a lot of peoples of the UK today.

“Within the warning area, it is important to note that thunderstorms could pop up anywhere. That being said, some areas could miss the rain altogether.”

Mr Dixon said parts of the country could see up to 50mm of rain within three hours.

He said storms likely to appear in areas of the Midlands could be “slow moving”. “That risk of thunderstorms will move to southern areas of the UK as the day goes on.”

Mr Dixon said this risk will continue overnight and throughout Wednesday.

“Early on Thursday morning, the main risk that we are looking at is for the South East,” he said. “The risk then decreases as the day goes on.”

Stefan Laeger, flood duty manager at the Environment Agency, said they are “closely monitoring the situation, with our teams out on the ground and ready to support local authorities in responding to surface water flooding.

“We urge people not to drive though flood water – it is often deeper than it looks and just 30cm of flowing water is enough to float your car.

“However this rainfall will not correct weeks of dry weather so we are continuing to respond to the environmental impacts of drought and working with water companies to make sure they are following their drought plans.”

Speaking to BBC Radio 4’s Today programme, he said: “We certainly agree that customers should get better service and expect better service, and that’s why we have set performance targets that aim in every case to drive better performance from companies.” 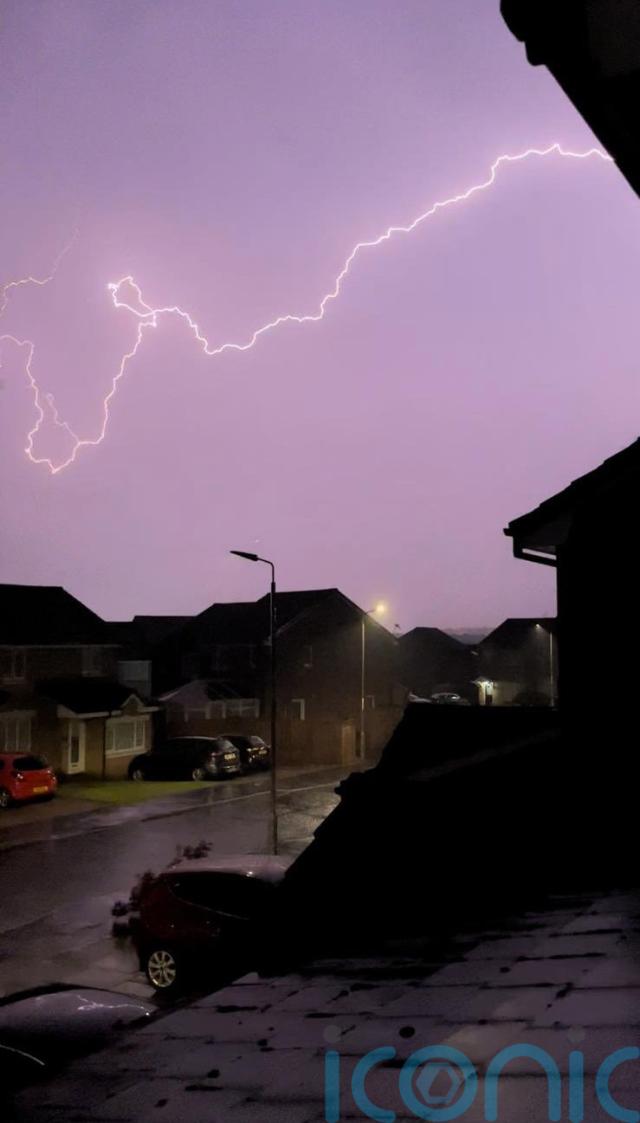 Asked whether he thinks there is currently nothing wrong with the system, he said: “No, I think that companies like Thames and Southern really need to up their game.

“When we see poor performance – I think the water supply interruption you referred to earlier – is quite simply unacceptable,” he added.

Asked if OfWat targets are in line with the pressure the system is going to come under in future, he said: “We will refresh our targets at the next price review and so we will look at what can be achieved and what needs to be achieved and set those targets accordingly.”

Mr Black rejected suggestions that investment in water infrastructure has been falling every decade, adding: “Some people are excluding investment in the sector by the way they’ve counted their numbers.

“The data on Ofwat’s website shows that investment has been largely constant over time and that net investment in the sector has improved four-fold.”

Meanwhile, Greater Manchester Police said the body of a teenage girl was found after emergency services were called to Crowswood Road, Stalybridge, west of Manchester, to reports of a person getting into difficulty in water on Monday.