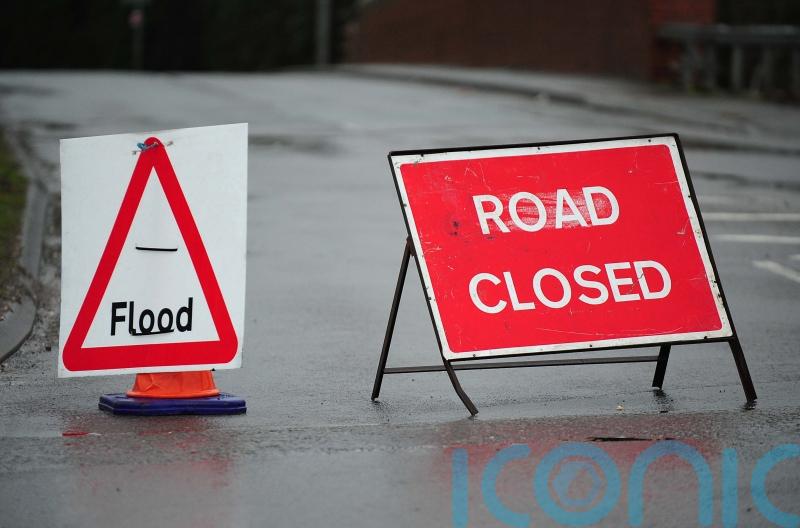 A Met Office yellow warning of heavy rain was in place in southern, eastern and north-eastern Scotland until 10am on Tuesday following a similar warning on Monday.

It said that spells of rain, heavy at times, during early Tuesday may lead to travel disruption.

ScotRail warned passengers to expect delays on some routes as some speed restrictions are in place due to heavy rainfall over the last few days.

Meanwhile in Perth, Network Rail said it was dealing with flooding at the station.

Official hustings between Tory leadership contenders Liz Truss and Rishi Sunak are due to take place in the city on Tuesday evening.

“Our team have pumps in place to clear the floodwater ASAP. Once that’s done, we’ll be able to signal trains normally again.”

It added: “We’ve seen extreme rainfall across Scotland over the past 24 hours. Several areas have seen over a week’s worth (50mm plus) in a day which lead to temporary speed restrictions being brought in on many routes.

“Pleased to say these are now gradually being lifted as things improve.”

It said that speed restrictions are in place in the Perth to Dunkeld, Larbert to Stirling and Gleneagles to Perth area and on the Alloa branch line.

Trains are limited to 40mph, or 20mph if the usual speed limit is lower.

On the roads, Traffic Scotland warned that surface water was affecting many routes and urged motorists to take care.