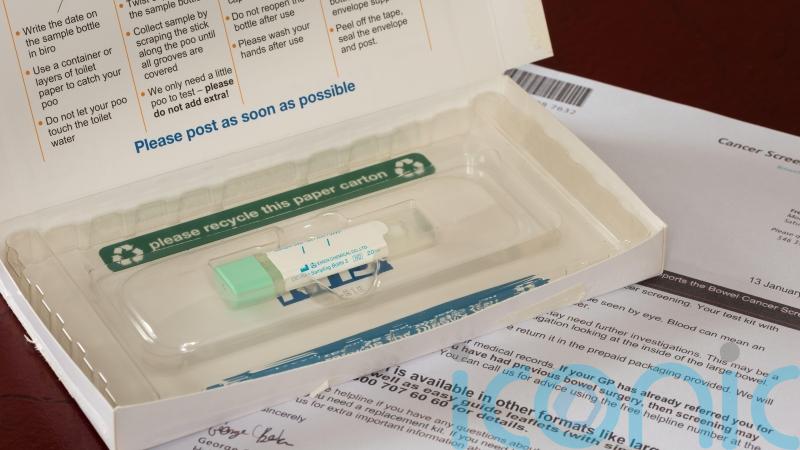 At-home bowel cancer checks are to be offered to 58-year-olds in England in a bid to increase the number of cases detected.

As part of an extension of the bowel cancer screening programme the health service is sending at-home kits to people over 58.

It is the latest stage of a planned expansion of the programme, whereby the NHS in England has committed to offering the test to all over-50s by 2025.

Some 830,000 additional people aged 58 in England will be eligible for the faecal immunochemical test (FIT), NHS England said.

People will be automatically sent the test in the post, which involves them collecting a sample of their poo and returning it in pre-paid packaging.

The sample is sent for lab analysis and if any abnormalities are detected people are invited in for further checks.

NHS England’s national clinical director for cancer, Professor Peter Johnson, said: “We are expanding the bowel cancer screening programme in a phased approach to make sure we can diagnose bowel cancer as early as possible, often before symptoms appear – potentially saving thousands of lives with a simple and convenient test.”

Health Secretary Steve Barclay said: “The FIT kit offers people a chance to quickly and safely test for bowel cancer at home, and this expansion of the screening programme will ensure more cases are detected earlier.

“More than 16,000 people die from this disease every year in the UK, meaning that greater screening uptake is vital.”

Prof Johnson added: “It is still important that anyone experiencing symptoms, such as blood in their poo or severe stomach pain, no matter their age, should speak to their GP as soon as possible.”