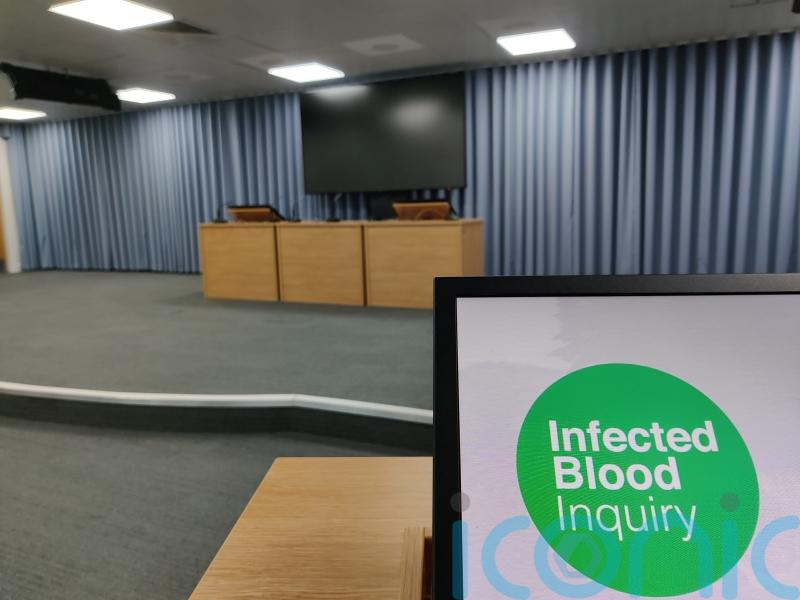 Thousands of survivors of the infected blood scandal will be given compensation payments of £100,000, the Government has announced, but campaigners have said the majority of those affected have been ignored.

Outgoing Prime Minister Boris Johnson said he wanted the money to be paid to victims and their surviving partners, labelling it the worst treatment disaster in the history of the NHS.

Campaigners said the announcement fails to recognise most family members affected by the scandal, who will miss out on this raft of interim payments.

The fiasco resulted in an estimated 2,400 deaths of patients infected with HIV and hepatitis C through contaminated blood products in the 1970s and 1980s.

Final recommendations from a public inquiry on compensation for a wider group of people – such as bereaved parents and the children of victims – are expected when the inquiry concludes next year.

The Government said it intends to make payments to those who have been infected and bereaved partners in England by the end of October. The same payments will be made in Scotland, Wales and Northern Ireland.

Mr Johnson said: “While nothing can make up for the pain and suffering endured by those affected by this tragic injustice, we are taking action to do right by victims and those who have tragically lost their partners by making sure they receive these interim payments as quickly as possible.

“We will continue to stand by all those impacted by this horrific tragedy, and I want to personally pay tribute to all those who have so determinedly fought for justice.”

Chancellor of the Duchy of Lancaster Kit Malthouse said: “Those affected by the infected blood scandal have suffered terribly over many years and that heart-breaking and unimaginable pain has been compounded by the financial uncertainty many have faced.

“These interim payments will start the process of securing that certainty. My priority is to get the money to those people as quickly as possible.

“Of course, no amount of money will compensate for the turmoil victims and their loved ones have faced, but I hope these payments help to show that we are on their side and will do everything in our power to support them.”

Health Secretary Steve Barclay said: “The infected blood scandal should never have happened. In accepting Sir Brian Langstaff’s recommendations today we are taking an important step in righting this historic wrong for the thousands of people infected and bereaved partners left behind.”

Most of those involved had the blood-clotting disorder haemophilia and relied on regular injections of the US product Factor VIII to survive.

They were unaware they were receiving contaminated Factor VIII from people who were paid to donate, including prisoners and drug addicts.

Patients were given the product for years despite repeated warnings at the top of government.

New cases of HIV and hepatitis continued to be diagnosed decades after the first contaminations, resulting in many early deaths.

Campaigner Sue Threakall, whose husband Bob died aged 47 in 1991 after contracting HIV from contaminated blood, said: “This is not just about money – it’s about recognition of people whose lives have been destroyed, young adults have grown up their whole life without their parents and they have not been recognised, and parents whose young children died in their arms. 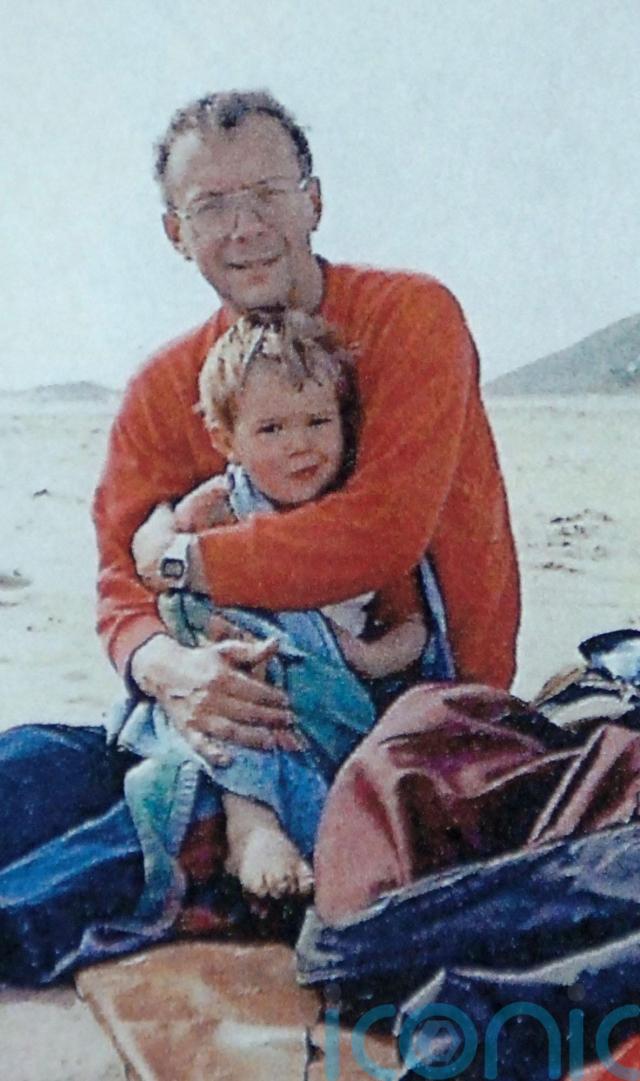 “We’ve always said there will always be families out there who don’t know what they are eligible to claim. Their lives could have been so much better supported.”

Mark Fox, 44, who contracted Hepatitis C after being treated with a contaminated blood product for haemophilia as a child, said the announcement was important because it represented an acknowledgement of wrongdoing.

The former cosmetic technician from Seaham in County Durham, who is among those due to receive compensation, said: “It’s not about compensation, it’s about someone saying sorry.

“It’s that they tried to hide it, and so many people tried to brush it under the carpet – if you mucked up, have the balls to accept it. Grow up, be an adult.

“Compensation will help so many people. Fortunately I’m not dead yet – I don’t know how long I’ve got, but some kids have lost their mams and dads, so I am pleased there is this recognition.”

Wednesday’s announcement follows recommendations by Sir Robert Francis QC, who led a review of compensation for those affected by the scandal and said there would be a “strong moral case” for offering money to victims, independent of any issue of legal liability or culpability, if certain criteria were met.

He previously said: “There are those who fear they will not survive long enough to see, let alone enjoy, the fruits of an award of compensation.”

Rosemary Calder, whose 25-year-old son Nicky died in 1999 with HIV after being given an infected blood product to treat haemophilia, said the wait continues for the bereaved families.

Mrs Calder, 74, whose family moved from north London to Newport Pagnell in Buckinghamshire after her son was called “Aids boy” at school, said: “Again, parents and children who have lost loved ones are just ignored.

“The parents feel so disheartened and despondent that they can’t get recognition.

“It’s not about money, it’s about the lives of their children.

“So many parents suffered financially because they had to give up work, had to move house because of all the stigma, people lost their jobs – that has never been acknowledged.

“I think it (the interim compensation) is a step in the right direction but there’s a long way to go.”

The inquiry, which was announced by then-prime minister Theresa May in 2017 and began the following year, has taken evidence from more than 5,000 witnesses during hearings across all four nations of the UK. It is due to conclude next year.

It featured harrowing evidence from patients and their families who described being kept in the dark about the risk of HIV infection among haemophiliac patients, having to keep their diagnoses private through fear of vilification at the time of the Aids crisis, and living with the physical effects of HIV.

Others accused the Government of an “industrial-scale cover-up” amid allegations of inappropriate treatment given to patients, tests being done on people without their knowledge, and the results being withheld for several years. 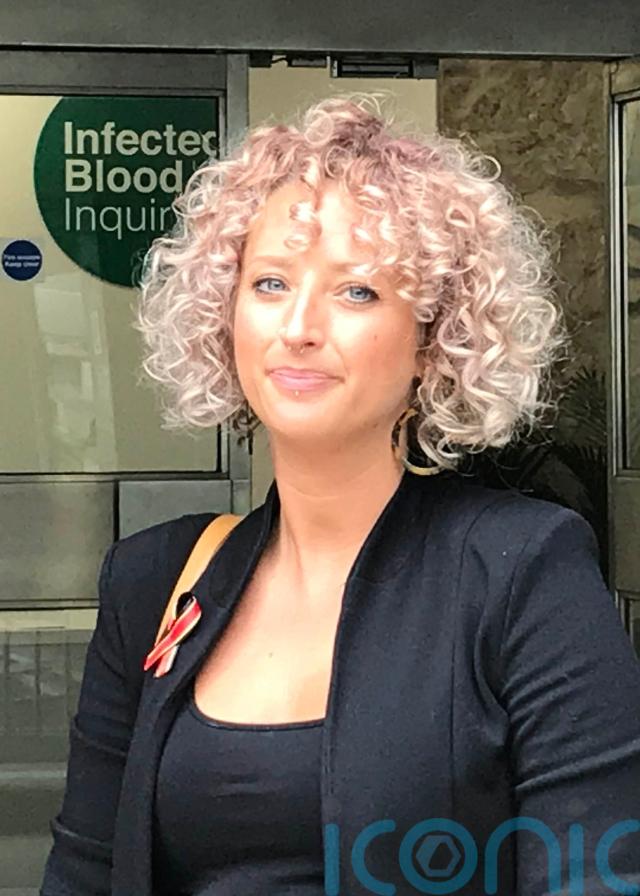 Lauren Palmer, whose parents died with HIV within eight days of each other in 1993, said: “This was all so avoidable, and then people went to great lengths to conceal the problem and not tell patients how serious it was. Everything from the start was just wrong.”

The 39-year-old, from Bristol, added: “Factor VIII was supposed to prolong my father’s life, not take him and my mum prematurely.”

Kate Burt, chief executive of the Haemophilia Society, said: “Finally, after nearly five decades, the Government has accepted it must pay compensation to those infected as a result of the contaminated blood scandal.

“This is a significant development. However, the majority of the bereaved – including parents and the children of those who died – will receive nothing.

“Steps must be taken now to set up a workable scheme which can deliver full compensation quickly and fairly to all those who suffered devastating loss because of this NHS treatment disaster.”

Des Collins, senior partner at Collins Solicitors, which represents some of the families affected, said many had “yet again been ignored” in Wednesday’s Government announcement.

He said: “This is welcome news for those still with us whose lives and health have been blighted by the infected blood scandal. Many of them can’t work and desperately need funds to survive. It is also an important sign that the wheels of justice are beginning to turn in favour of those impacted by this terrible scandal.

“However, this commitment is far from the end of the story. These are interim payments but they by no means represent anything like meaningful compensation for those who continue to suffer day in, day out from the dreadful failures on the part of the Department of Health back in the 70s and 80s.

“Nor do today’s promised payments give any recognition whatsoever or otherwise benefit those affected more widely – those who lost children, parents and loved ones, those who cared for victims sadly no longer with us, and those whose families were devastated by tragedy at the hands of the Department of Health.

“These people too have fought for decades for recompense and can take little comfort in the announcement today. Yet again, without reason, it seems they must wait.

“The fight has to go on for full and proper compensation for all those who have suffered and who have yet again been ignored in today’s announcement.

“Given the lack of mention of (bereaved parents and children) in today’s announcement, yet again it is as if these victims do not exist.”

Jason Evans, Founder of Factor 8, a non-profit group campaigning for victims of the scandal and their families, said: “The PM has said today that ‘we will continue to stand by all those impacted by this horrific tragedy’, but they are doing nothing to help most families. It’s yet another scandal within the scandal.

“Likewise, Steve Barclay tells us today that ‘work is under way to ensure those impacted by this tragedy receive the support they rightly deserve’, and the message today is that for most families what they deserve right now is nothing.”