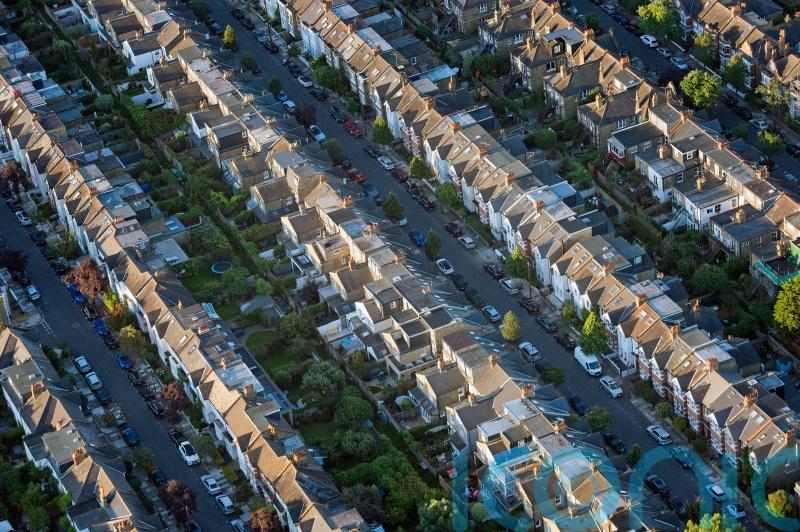 The average UK house price leapt by 15.5% annually in July, marking the biggest increase in 19 years, according to official figures.

The percentage increase was around double the rate recorded in June, when the typical property value increased by 7.8% annually.

The Office for National Statistics (ONS) said the inflation rate was the highest recorded since May 2003. 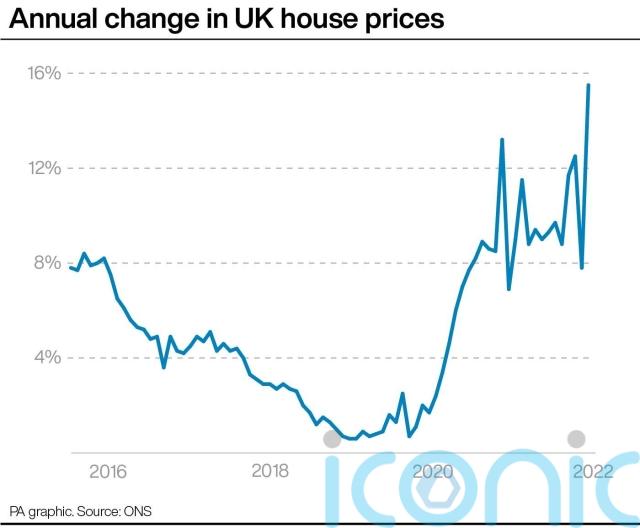 The jump in annual inflation was mainly because of “a base effect” from the falls in prices seen this time last year, as a result of changes in the stamp duty holiday, the report said.

Average UK house prices increased by £6,000 between June and July this year – compared with a fall of £13,000 between the same months last year.

A temporary “nil rate” tax threshold under the stamp duty holiday in England and Northern Ireland was reduced from July last year, before the holiday was completely phased out from October 2021.

A similar property tax holiday in Wales ended on June 30 2021 and the equivalent holiday in Scotland ended on March 31 2021.

Sarah Coles, senior personal finance analyst at Hargreaves Lansdown, said the latest house price jump “is the result of changes to the stamp duty holiday last summer. It doesn’t affect the outlook for the market, which is facing real challenges”.

She continued: “Distortions from the end of the most generous period of the stamp duty holiday last June are playing an enormous role in price rises.

“There was a burst of demand last June, and people rushed to get sales over the line before the deadline – pushing prices up. As a result, we had a lull in July.”

Gabriella Dickens, a senior UK economist at Pantheon Macroeconomics, said: “Looking ahead, we expect house prices to fall outright in the second half of the year, given the size of the rise in mortgage rates.”

The report was released as separate figures from the ONS showed that Consumer Prices Index (CPI) inflation reached 9.9% in the year to August, easing from 10.1% the previous month, reflecting a fall in the price of motor fuels.

Mark Harris, chief executive of mortgage broker SPF Private Clients, said: “With 95.5% of mortgages taken on fixed rates during the second quarter of the year, according to the Financial Conduct Authority, borrowers envisage further rate rises and are taking action to protect themselves.”

Jason Tebb, chief executive of property search website OnTheMarket.com, said: “With evidence of a return to a seasonally driven housing market, we wait to see whether a further pick-up in activity in the autumn materialises, with buyers keen to proceed before Christmas.”

Simon McCulloch, chief commercial and growth officer at conveyancer platform Smoove, said: “The dynamics of the UK property market continue to be determined to some extent by a lack of supply, which should prop up prices to a degree even in the event of a prolonged recession.”

Gareth Atkins, managing director of lettings at Foxtons, said: “This August had the highest level of rental demand we’ve ever seen, as London remains one of the most attractive cities to work and live in.

“This unprecedented demand, paired with low supply, has pushed prices and budgets up across the capital. We can see multiple factors driving the lack of supply in 2022 – about three-quarters of Foxtons tenancies are renewing and there is a strong sales market in London.”

Karen Noye, mortgage expert at Quilter, said: “The housing market has so far remined resilient despite the ongoing cost-of-living crisis.

“While the latest UK inflation data released this morning showed a slight fall to 9.9% last month, a higher peak is still expected to materialise over the coming months and as such the Bank of England is expected to continue hiking interest rates and the current resilience may well falter as a result.

She said that despite the recent energy price cap announcement “many will still feel the squeeze financially and this could put a halt on people’s plans to move home”.

Ms Noye continued: “Whether these ongoing issues translate into a fall in house prices will not be seen for some time yet, though this may well be the case if the winter proves to be as difficult as predicted.”

Iain McKenzie, chief executive of the Guild of Property Professionals, said: “The average house will now set you back almost £40,000 more than it did a year ago. That’s £40,000 extra that buyers will need for a mortgage to get them on the property ladder.

“The demand for good-quality housing remains robust, we just need to see the cost-of-living come down to ensure that confidence in buying stays buoyant.”

Mike Scott, chief analyst at estate agency Yopa, said the firm expects house prices will continue to grow for the remainder of 2022, “though the annual rate of growth will quickly fall back from July’s 15.5% figure to something that’s in single figures”.

Nicky Stevenson, managing director at estate agent group Fine & Country, said: “With tax cuts expected in the coming days, many experts may find themselves urgently revising their forecasts for the remainder of 2022.”