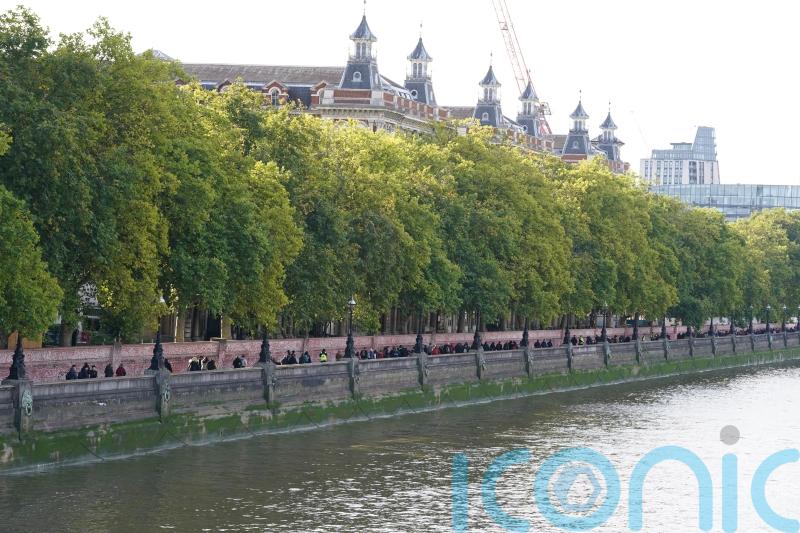 Some 259 people in the queue to see the Queen lying in state needed medical support on Saturday, St John Ambulance has said.

The charity, along with London Ambulance Service, is providing medical support as crowds gather to pay their respects after the death of the monarch.

Overall, some 403 people in the “ceremonial areas” of London needed medical support on Saturday and 19 of these were taken to hospital.

Temperatures had dropped as low as 4C for those waiting in line overnight on Friday and early on Saturday morning.

St John said in the early hours of Sunday morning – from midnight to 0700 – some 98 people needed medical support, nine of whom needed to be taken to hospital.

Thousands of volunteers for the charity have offered their support during the national period of mourning.

It is helping to provide medical cover in Windsor and London where thousands have gathered each day since the Queen died.

Hundreds of mourners in the crowds have needed medical support so far.

Around 1,000 St John Ambulance volunteers will be on duty during the state funeral in London and Windsor, including 800 who will be on hand to provide medical and first aid support.