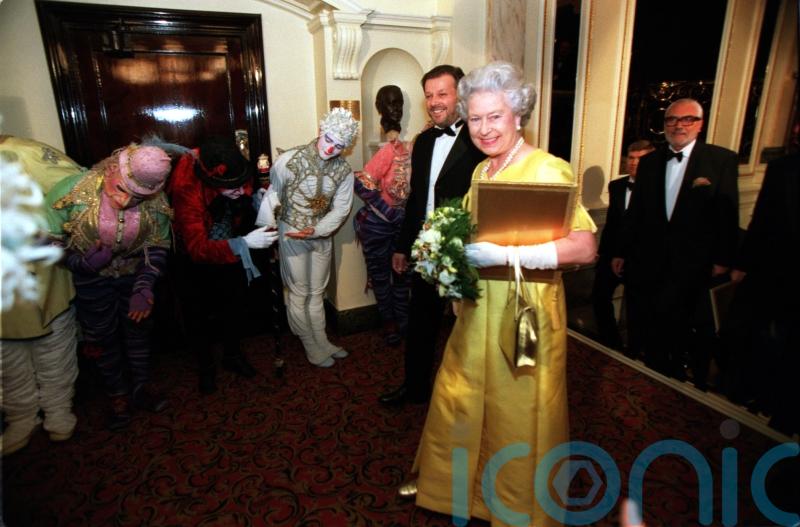 The chairman of the Royal Variety Charity said it was “always great” to see the face of every performer who met the Queen because she “meant so much to the entertainment industry”.

The annual Royal Variety Performance is held in aid of the charity, of which the Queen was patron, and at various venues around the UK.

Giles Cooper, chairman of the charity, told Huw Edwards on the BBC: “The Queen was very careful what she said because if you say something good about somebody then what about the others. 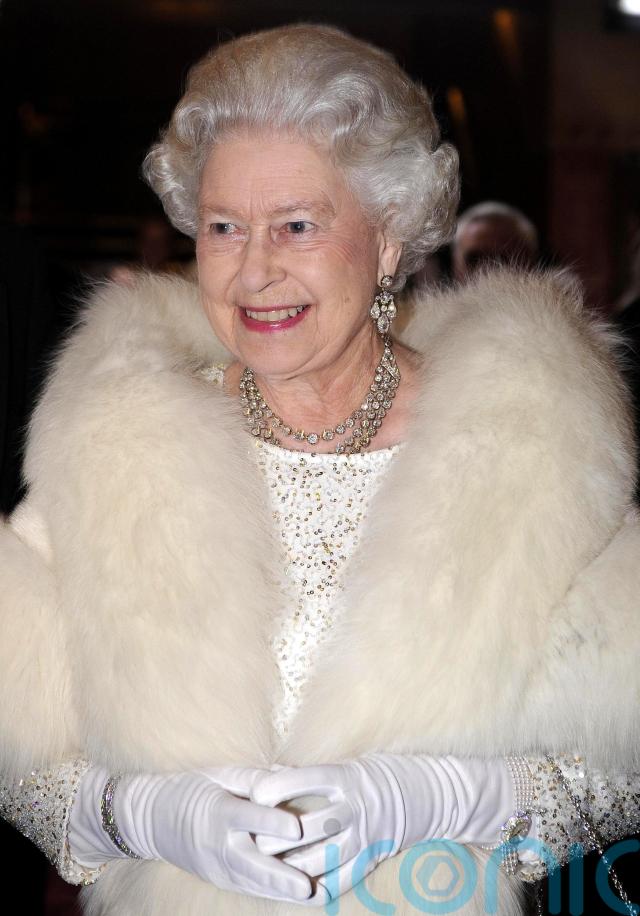 “She was very tactful, but it was great to always see the look of the face of every performer, whether it be legends from the past or new performers, she meant so much to the entertainment industry.”

Over the years, there have been many performances for members of the royal family, with many involving the Queen in the audience.

In 2009, pop star Lady Gaga wore a full-length red latex dress with a 20ft train to perform for the monarch.

The singer, known for her eccentricity, was also suspended 30ft into the air, as was the grand piano she played.

Speaking about the Queen meeting Gaga after the show held in Blackpool, Mr Cooper said: “A great year. 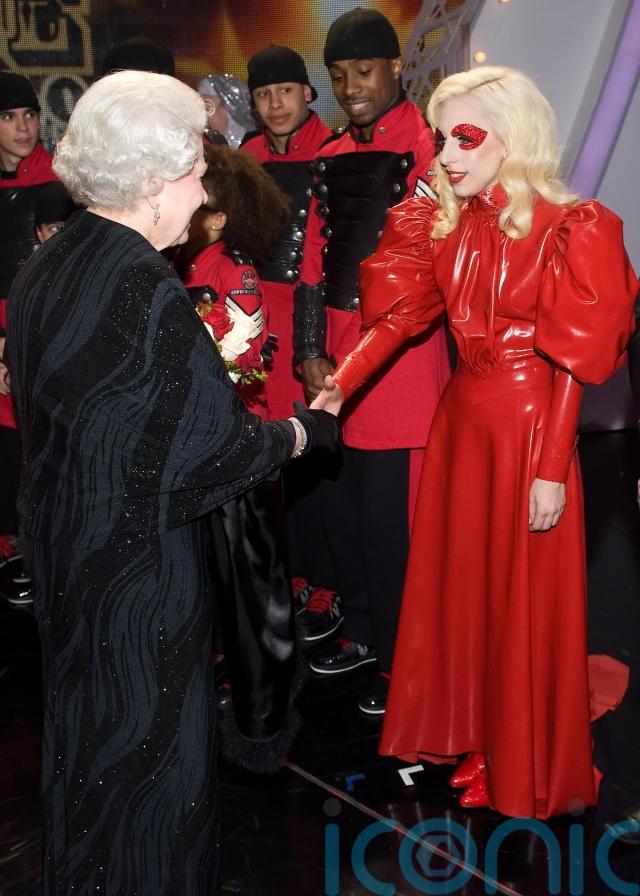 “The Queen would always like to visit the regions and so for many years we alternated going to a city outside of London – we went to Manchester, Liverpool, Edinburgh.

“That was a great day meeting Lady Gaga and it supported local theatre in a way that she was supporting the charity.

“How often would Lady Gaga or Bette Midler go to Blackpool, it was a great way of her showing support for the regions.”

On Sunday, a minute’s silence was held to mourn the Queen’s death ahead of the state funeral.

Mr Cooper said: “Whilst being emotional and very respectful, I think in many ways it will be the greatest show on earth, with the military bands and parades. 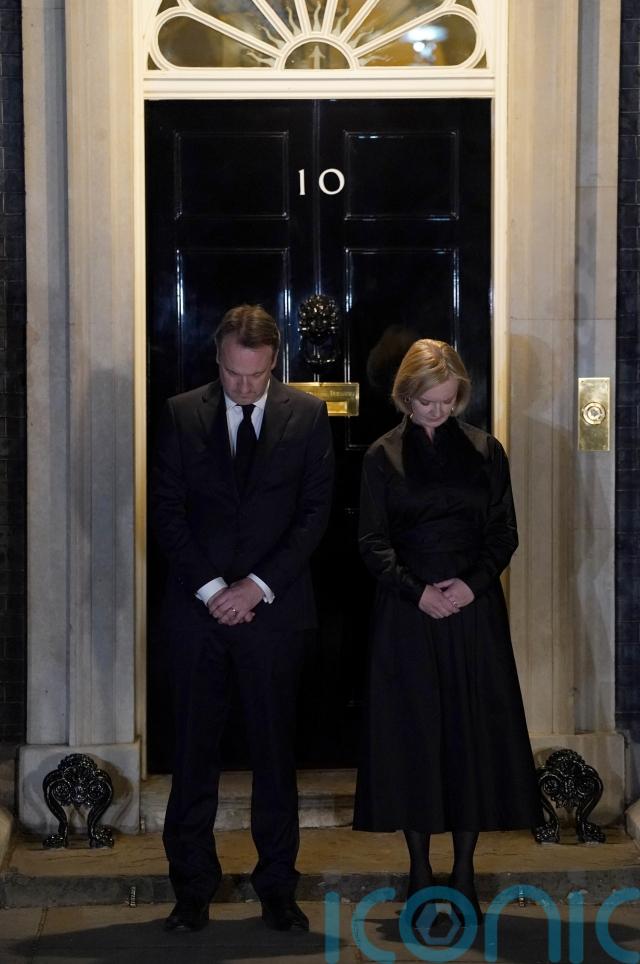 “Us Brits put on a great show and that will be seen around the world, and hopefully we will all do her proud.”

The Royal Variety show dates to 1912 when King George V and Queen Mary agreed to attend a Royal Command Performance at the Palace Theatre in London, in aid of a fund and its proposed plans to build an extension to its Brinsworth House home for elderly entertainers.

A second royal show was performed in July 1919 and billed as a celebration of peace, after being postponed between 1914 and 1918 during the First World War.

It became an annual event at the suggestion of George V in 1921, when the King decreed that “the monarch or a senior member of the royal family, would attend an annual performance, in aid of Brinsworth House and the Royal Variety Charity, once a year thereafter”.

Speaking about the Queen’s music taste, Mr Cooper said: “I think she was very generational in terms of taste. 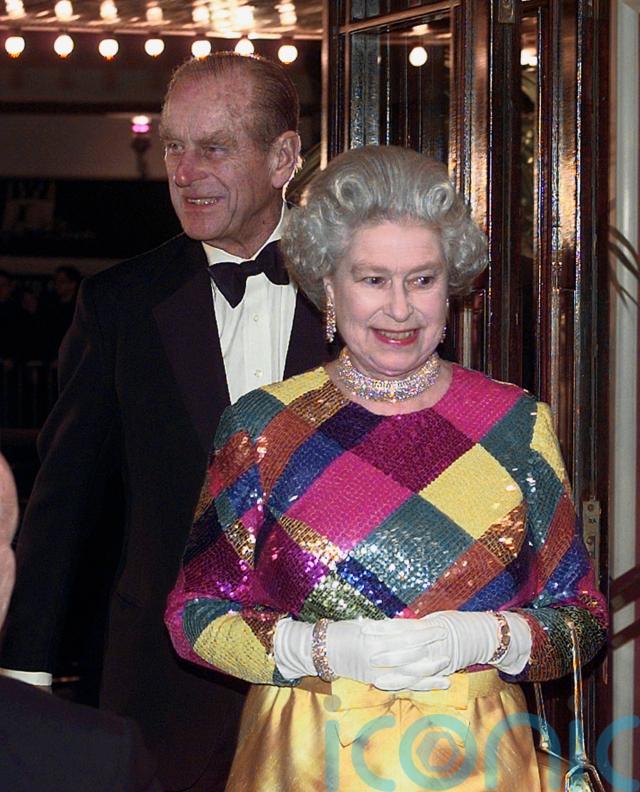 “Theatre was her great love, particularly musicals, so of that generation Show Boat, Annie Get Your Gun, Oklahoma!

“I think in terms of songs it is no secret that she loved Vera Lynn The White Cliffs Of Dover, Fred Astaire Cheek To Cheek but also in more recent times Gary Barlow and Andrew Lloyd Webber’s Sing, with the Commonwealth Band and Military Wives Choir.

“She was also known in her younger years as a great dancer, she had great rhythm.”

In 2012, David Walliams hosted the 100th anniversary show in front of the monarch at the Royal Albert Hall, marking her second “brush” with James Bond for the year.

The comedian entered the hall to the Bond theme while strapped to a jet pack to congratulate the Queen on her Diamond Jubilee and to introduce the next act.

It followed her starring role alongside the real 007 Daniel Craig in the Olympic opening ceremony.