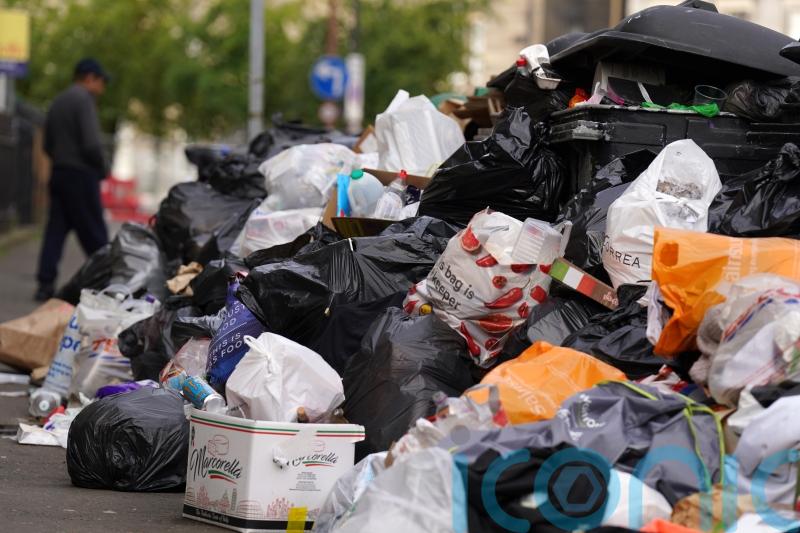 Jacob Rees-Mogg has weighed into a row about rubbish collection in Edinburgh, with the SNP quick to point out the Conservatives are supporting the city’s Labour-led administration.

A dispute between council leaders and unions has seen some areas of Scotland, including Edinburgh, faced with rubbish piled up in the streets as workers went on strike.

Business Secretary Mr Rees-Mogg told the House of Commons that “as an administration turns from Conservative to socialist the rubbish piles up in the streets, as I think it’s also been doing with the SNP in Edinburgh”.

The Conservatives supported Labour to take control of the City of Edinburgh Council earlier this year.

The Convention of Scottish Local Authorities (Cosla), which is made up of Scotland’s local authorities, has been in talks with unions about ending the waste collection strikes.

The row over the strikes has seen critics blame various authorities, including Edinburgh council, the Scottish Government, and council leaders who make up Cosla, which includes the SNP, Labour and Conservatives.

Mr Rees-Mogg was speaking in the Commons as he outlined the Government’s plans to support businesses with the rising cost of energy.

SNP business spokesperson Stephen Flynn criticised the Business Secretary for announcing the plans before bringing them to the Commons for scrutiny, and he referenced a picture of Mr Rees-Mogg which appears to show him in the street filming a clip explaining the policy which was later posted on social media.

Mr Flynn said: “Isn’t it great to see the Secretary of State in this House rather than standing in the street filming a statement to the public surrounded by boarded-up shops and rubbish.

“What an edifying spectacle for a man who believes in the pre-eminence of this here Parliament.”

He asked how much the Government’s energy package would cost, if large companies like Amazon would benefit from “a scheme that’s going to built on the back of public-sector borrowing”, and if he can explain to “energy-rich Scotland” why “Westminster has failed us so terribly badly”.

Mr Rees-Mogg responded: “He refers to rubbish in the streets of Westminster and I would point out to him that as soon as an administration turns from Conservative to socialist the rubbish piles up in the streets, as I think it’s also been doing with the SNP in Edinburgh.”

Met with protestations from the SNP benches, Mr Rees-Mogg continued, saying “this scheme is fair to taxpayers”, adding there would be a review in three months “to ensure the support goes to those people who need it most”.

SNP chief whip Mr Thompson tweeted: “So @Jacob_Rees_Mogg thinks Edinburgh is an SNP led council… hate to tell him its a Labour/Tory partnership.”

The MP added a facepalm emoji.