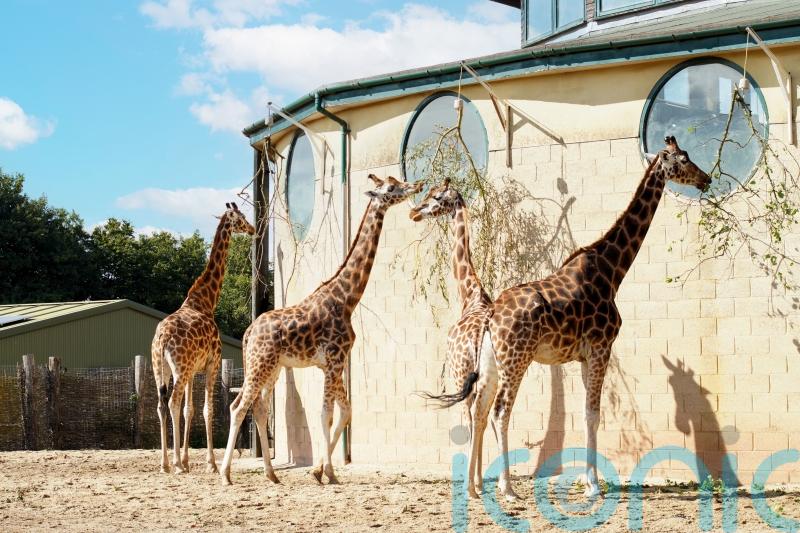 A zoo has expressed its love for its new giraffe Mburo, which has a “love-heart” mark on its cheek.

Marwell Zoo near Winchester, Hampshire, has taken delivery of the three-year-old Rothschild’s giraffe, which previously lived at Chester Zoo.

Mburo is the first male giraffe at Marwell for five years and will live with females Makeda, Christa and Ruby, who were all born at the zoo.

The youngster is currently four metres tall but could grow to 5.7m when fully grown.

“He is settling in well with the girls and is proving to be a big character already.

“He has many distinguishable features, such as his large ossicones (the horns on a giraffe’s head) which both bulls and cows have, but in bull giraffes they are always more prominent.

“He also has a perfect love-heart on his left cheek.”

A spokeswoman for the zoo said that Mburo was settling in well since his arrival on September 8.

She added: “We’ve got so much love for our latest new arrival Mburo. Amongst a number of distinguishing features that will help him easy for guests to spot, Mburo has a love-heart on his left cheek.

“Our giraffe herd is being quarantined for 30 days to reduce the risk of introducing parasites and disease.

“This means that viewing of the giraffe is currently slightly limited.

“There are still places to see them but the areas in closest proximity have been closed off for the time being.”