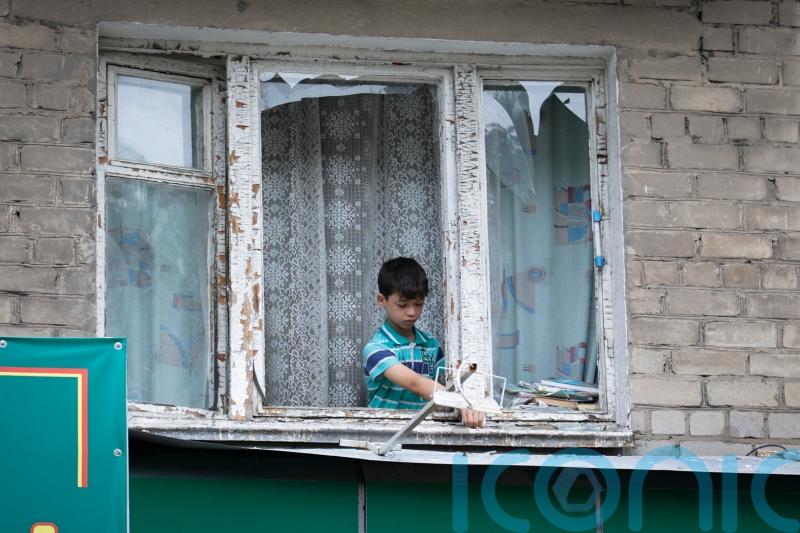 The Russian military has expanded its control of territory in eastern Ukraine in an offensive that could cut supply lines and encircle frontline Ukrainian forces, British and Ukrainian military chiefs said.

The UK’s Ministry of Defence said that Ukrainian forces had withdrawn from some areas near the city of Lysychansk, the latest major battlefield in Russian President Vladimir Putin’s war against Ukraine, to avoid the possibility of being encircled as Russians sent in reinforcements and concentrated their firepower in the area.

Ukraine’s General Staff said Russian forces took control of the villages of Loskutivka and Rai-Oleksandrivka, and were trying to capture Syrotyne outside Sievierodonetsk. 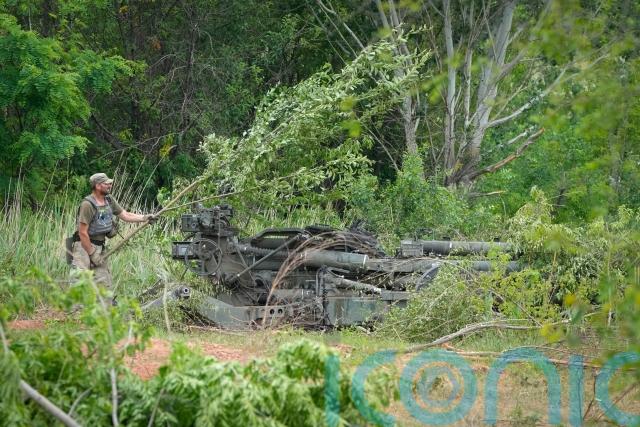 “The enemy is burning everything out in a bid to encircle the Ukrainian group of forces,” Luhansk Governor Serhiy Haidai told The Associated Press.

“The Russians are advancing without trying to spare the ammunition or troops, and they aren’t running out of either,” Mr Haidai said. “They have an edge in heavy artillery and the number of troops.”

“Part of the Luhansk region still remains under Ukrainian control, defying the Russians and causing their fury and desire to burn it to the ground,” he added.

For weeks, Russian forces have pummelled Sievierodonetsk, the administrative centre of the Luhansk region, with artillery and air raids, and fought the Ukrainian army house-to-house.

Ukrainian forces remain holed up at the Azot chemical plant on the city’s edge, where about 500 civilians were also sheltering.

Mr Haidai said the Ukrainian soldiers were using the plant’s sprawling underground structures but noted that “the shelling has intensified and even concrete shelters can’t withstand the bombardment”. The Russians are using their entire arsenal — heavy artillery, tanks, aircraft,” he added.

The Russians were also pressing their offensive on Lysychansk, which is located on a steep river bank facing Sievierodonetsk.

Mr Haidai said that Lysychansk was facing a relentless Russian artillery barrage, which killed at least one civilian and wounded three others in the last 24 hours. The governor noted that the Russians concentrated over 100 multiple rocket launchers to “pummel entire blocks”.

“The Russian army is ‘liberating’ Sievierodonetsk from life and workplaces,” he said in a sarcastic reference to Russia’s stated goal of the “liberation” of Donbas.

The MoD noted in its intelligence assessment on Thursday that Russian forces have probably advanced more than three miles towards the southern approaches of Lysychansk since Sunday.

“Some Ukrainian units have withdrawn, probably to avoid being encircled,” the statement said. “Russia’s improved performance in this sector is likely a result of recent unit reinforcement and heavy concentration of fire.” 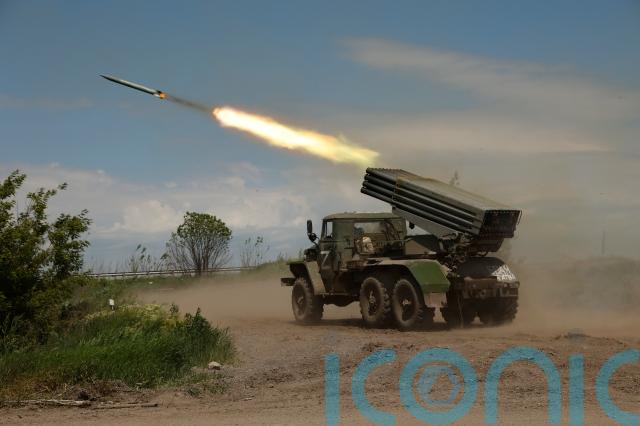 Ukraine’s military said the Russians were also moving to overtake the hills overlooking a highway linking Lysychansk with Bakhmut, to the south west, in an attempt to cut the supply lines of Ukrainian forces.

Following a botched attempt to capture the Ukrainian capital in the early stage of the invasion on February 24, Russian forces have shifted focus to Ukraine’s eastern industrial heartland of Donbas, where Ukrainian forces have fought Moscow-backed separatists since 2014.

The Russian military currently controls about 95% of the Luhansk region and about half of the neighbouring Donetsk region of Donbas.

Asked about prospects for a political settlement, Kremlin spokesman Dmitry Peskov told reporters Thursday that “it’s possible after Ukraine meets all the Russian demands,” adding that “Ukraine knows perfectly well what they are”.

The Kremlin has previously demanded that Ukraine accept Russia’s sovereignty over the Crimean Peninsula, which Moscow annexed in 2014, and acknowledge the independence of the separatist regions in the east.

Moscow has also said that Ukraine should recognise the situation on the ground, an apparent reference to other land gains that Russia has made in Ukraine’s south where it captured the Kherson region and part of the Zaporizhzhia region.