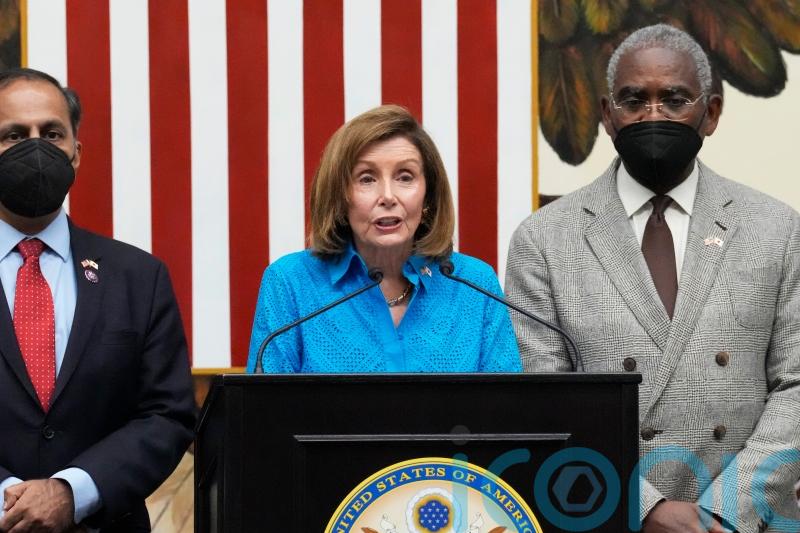 US House of Representatives speaker Nancy Pelosi has said that China will not isolate Taiwan by preventing American officials from travelling there.

She made the remarks in Tokyo during the final leg of an Asia tour highlighted by a visit to Taiwan that infuriated China.

Hours later, Chinese officials announced unspecified sanctions on Ms Pelosi, with the foreign ministry in Beijing saying the US house speaker had disregarded China’s concerns and resolute opposition to her visit to the island.

The Chinese have tried to isolate Taiwan, Ms Pelosi said, including most recently by preventing it from joining the World Health Organisation.

“They may try to keep Taiwan from visiting or participating in other places, but they will not isolate Taiwan by preventing us to travel there,” she said.

Ms Pelosi said her trip to Taiwan was not intended to change the status quo for the island but to maintain peace in the Taiwan Strait.

She also praised Taiwan’s democracy, including its progress in diversity and success in technology and business, and criticised China’s violations of trade agreements, proliferation of weapons and human rights problems.

Ms Pelosi, the first House speaker to visit Taiwan in 25 years, said on Wednesday in Taipei that the US commitment to democracy in the self-governing island and elsewhere “remains ironclad”. 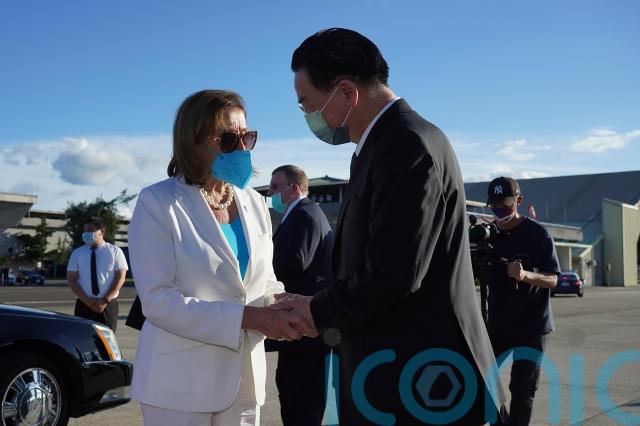 Ms Pelosi and five other members of Congress arrived in Tokyo late on Thursday after visiting Singapore, Malaysia, Taiwan and South Korea.

China, which claims Taiwan and has threatened to annex it by force if necessary, called her visit to the island a provocation and on Thursday began military drills, including missile firing, in six zones surrounding Taiwan. 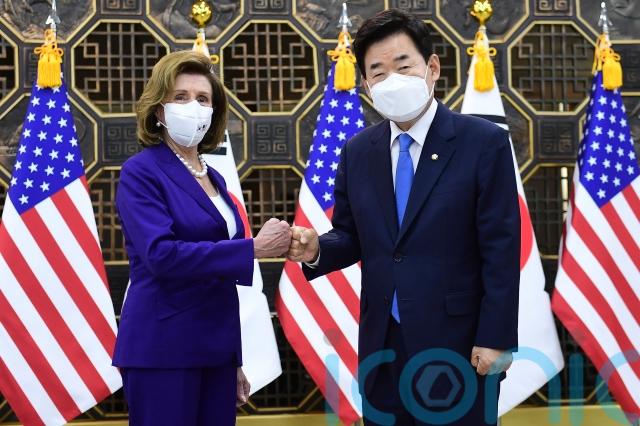 He said Japan protested the missile landings to China as “serious threats to Japan’s national security and the safety of the Japanese people”.

Japan’s defence ministry also speculated that four missiles flew over Taipei, the capital city, crossing the mainland, according to a statement its embassy in Washington DC posted on Twitter.

Taiwan’s Defence Ministry did not deny the claim, saying that the flight path was “outside the atmosphere and is not harmful to the vast area on the ground it flies over”.