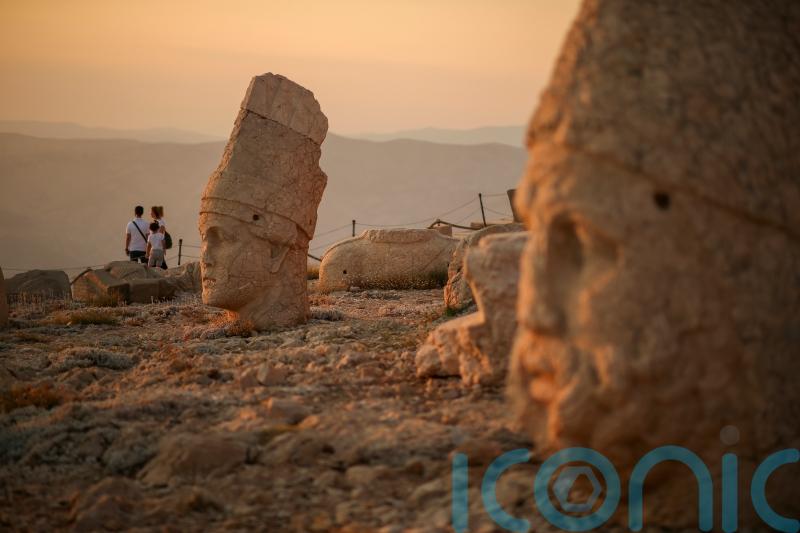 Stargazers gathered to watch the Perseid meteor shower among ancient statues at the top of Mount Nemrut in south-eastern Turkey.

Hundreds spent the night at the Unesco World Heritage Site for the annual meteor show that stretches along the orbit of the comet Swift–Tuttle.

Perched at an altitude of more than 7,000 feet, the statues are part of a temple and tomb complex that King Antiochus I, of the ancient Commagene kingdom, built as a monument to himself. 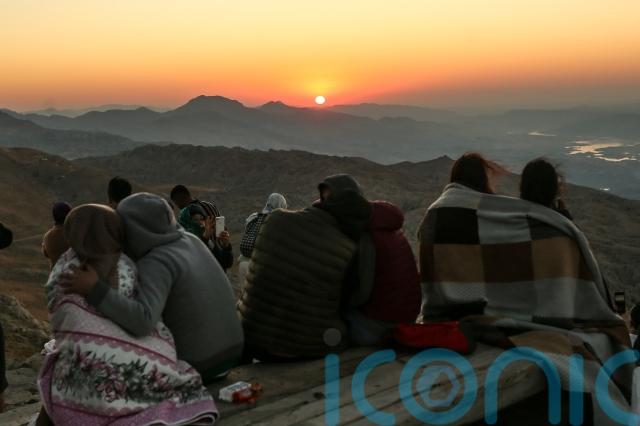 A 164ft man-made mound, the presumed tomb of Antiochus, sets the background.

The ancient site that includes giant 33ft seated statues of Antiochus, surrounded by ancient Gods, including Zeus and Apollo, was discovered in 1881 by a German engineer.

Excavations began there in the 1950s. 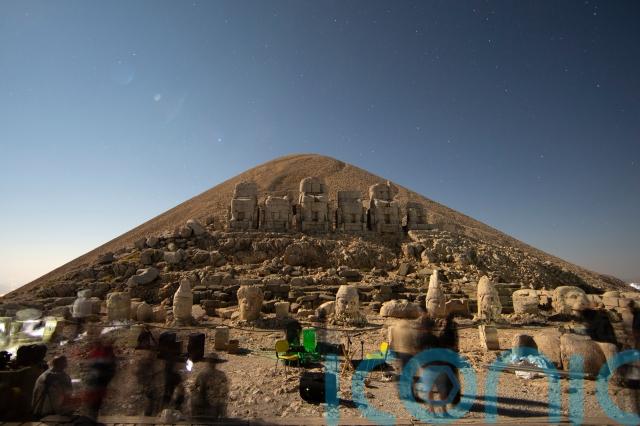 Son of the founder of the Commagene kingdom, Antiochus reigned between 64 and 38 BC, until he was deposed by the Romans.

The kingdom spanned an area from the eastern edge of the Taurus mountains to the Euphrates River.

People climb up to the ancient site for its jaw-dropping sunrise and sunsets.

It is also a favourite spot for stargazers. The meteor shower coincided with a full moon this year that dimmed the meteors, but provided its own beauty for the watchers.