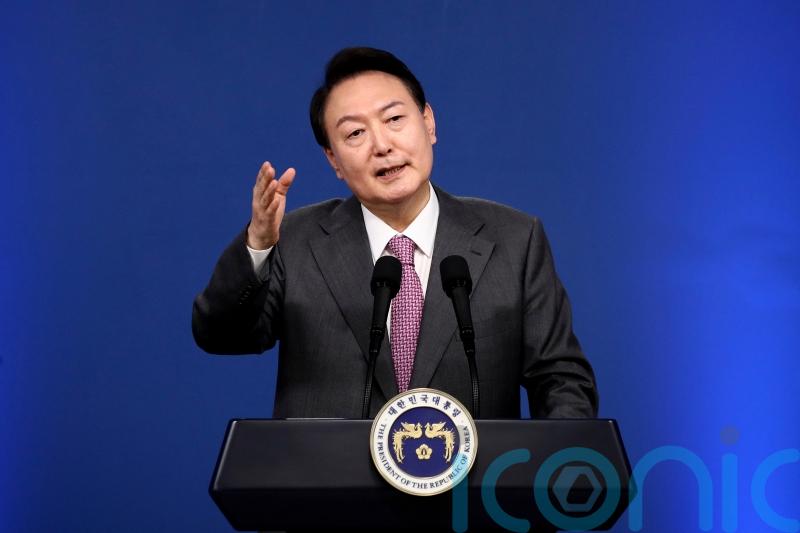 South Korean president Yoon Suk Yeol said his government has no plans to pursue its own nuclear deterrent despite growing threats from the North.

Mr Yoon’s comments during a news conference came hours after South Korea’s military detected the North firing two cruise missiles from a region near its capital Pyongyang toward its western waters.

Tensions could rise further next week as the United States and South Korea kick off their biggest combined military training in years to counter the North Korean threat.

The North describes such drills as invasion rehearsals and has often responded to them with missile tests or other provocations. 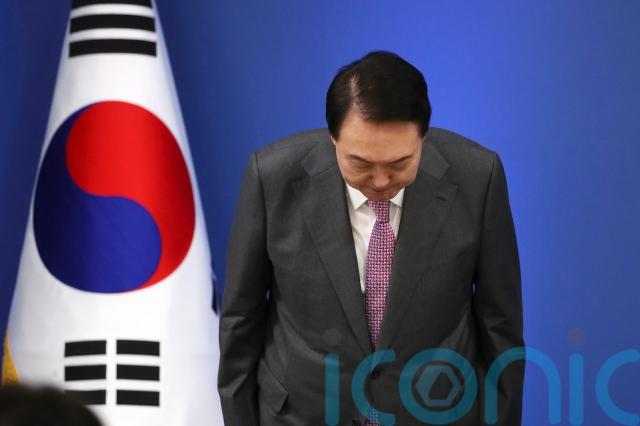 Mr Yoon told reporters that South Korea does not desire political change in North Korea that is brought by force and he called for diplomacy aimed at building sustainable peace between the rivals amid tensions over the North’s accelerating weapons programme.

His comments came days after he proposed an “audacious” economic assistance package to North Korea if it abandons its nuclear weapons programme, while avoiding harsh criticism of the North after it threatened “deadly” retaliation over a Covid-19 outbreak it blames on the South.

Mr Yoon’s proposal for large-scale aid in food and healthcare and modernising power and port infrastructure resembled previous South Korean offers that were rejected by North Korea, which is speeding its development of nuclear weapons and ballistic missiles, seen by leader Kim Jong Un as his strongest guarantee of survival.

Still, Mr Yoon expressed hope for “meaningful dialogue” with North Korea over his plan and stressed that Seoul is willing to provide corresponding economic rewards at each step of a phased denuclearisation process if the North commits to a genuine “road map” toward fully abandoning its weapons programme.

“We are not telling them to ‘denuclearise entirely first and then we will provide’,” Mr Yoon said. “What we are saying is that we will provide the things we can in correspondence to their steps if they only show a firm determination (toward denuclearisation).”

Inter-Korean ties have worsened amid a stalemate in larger nuclear negotiations between North Korea and the US that derailed in early 2019 because of disagreements over a relaxation of crippling US-led sanctions on the North in exchange for disarmament steps.

North Korea has ramped up its missile testing to a record pace in 2022, launching more than 30 ballistic weapons so far, including its first intercontinental ballistic missiles (ICBMs) in nearly five years. 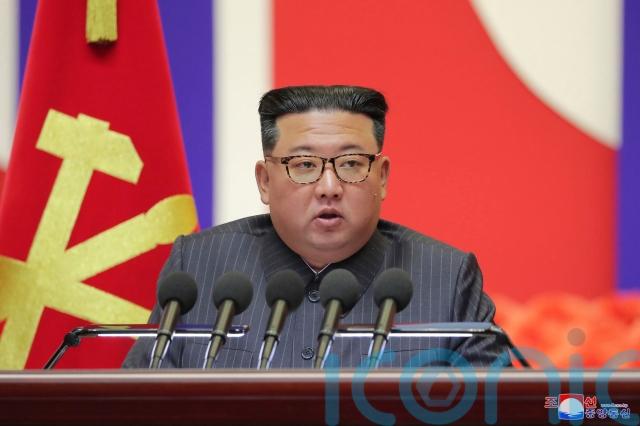 The heightened testing activity underscores North Korea’s dual intent to advance its arsenal and force the United States to accept the idea of the North as a nuclear power so it can negotiate economic and security concessions from a position of strength, experts say.

Mr Kim could up the ante soon as there are indications that the North is preparing to conduct its first nuclear test since September 2017, when it claimed to have developed a thermonuclear weapon to fit on its ICBMs.

While the ICBMs get much of the international attention, North Korea is also expanding its range of nuclear-capable, short-range missiles that can target South Korea.

Mr Kim has punctuated his weapons development with threats to proactively use his nuclear weapons in conflicts against the South or the US, which experts say communicate an escalating nuclear doctrine that could increase concerns for its neighbours.

Mr Yoon has vowed to strengthen the South’s defences through its alliance with the United States by resuming large-scale military training that was cancelled or downsized during the Trump years and boosting the South’s missile defences.