TAOISEACH Micheál Martin says he believes a number of major infrastructure projects planned for Limerick will be completed as scheduled.

Mr Martin made his comments during a visit to the offices of Limerick Live / The Limerick Leader on Glentworth Street in the city centre last Friday.

Speaking to Limerick Live Mr Martin said the Mid-West is doing well and will continue growing thanks to planned infrastructure such as the Adare Bypass and the new road to Foynes.

“It is very important to bring connectivity to Foynes which we think, in the future, will have big potential for off-shore wind energy. Also, Adare is a beautiful village from a tourist perspective, so it is important to get that bypass done. We want to drive on with it”.

An Taoiseach is also confident that the planned M20 motorway from Cork to Limerick will go ahead now that a proposed route has been decided.

“We are very anxious to get moving on it as it will improve connectivity. That Cork/Limerick area could be a counterpart to Dublin and we need to have that balance in the country. There is great momentum behind it.

“The route has been chosen and some people are not happy with it for their own personal reasons and that needs to be looked at as well”.

Mr Martin spoke about University Hospital Limerick (watch above) and the work done by the expert team that has been sent to the hospital to address the trolley crisis.

“They are making a difference already. The most important issue is patient flow within the hospital itself and people have been appointed to every ward to deal with that.

“Patient flow is key and the team is looking at the operational side of managing patients. The additional beds and investment in the Emergency Department is not enough on its own, we need more capacity and we are looking at ways to increase that as quickly as we possibly can.

“We are all worried about the future but the Minister for Health has instructed the HSE to do up a bespoke winter plan for each area to deal with any potential serious situations”.

“The dynamic of an election campaign matters and there is a difference between internet panel polls and in person polls.

“We are currently averaging around our last general election performance and the platform is strong for the party.

“We have good, strong representation in Limerick with Willie O'Dea and Minister Niall Collins”.

Mr Martin said that polls are great for creating debate and conversation, but he is not phased by them and never has been.

“If we are to be governed by opinion polls we will never have a government that will do anything in the medium to long term, it brings about too much short term change in my view.

“If we are serious about governing a country, we can't be governed by an opinion poll every three months, that is ludicrous from my perspective”.

WATCH: Taoiseach reveals the three Limerick hurlers he would buy for Cork 'in transfer market'

The proud Cork man took time to praise the All-Ireland winning Limerick hurling team and revealed which of the lads he would purchase for the Rebels in a hypothetical transfer market.

“I would have to say Aaron Gillane as he is related to my Chief of Staff!

“But then there is Gearoid Hegarty and Cian Lynch as well, there are a few there. They are a superb team,” he said. 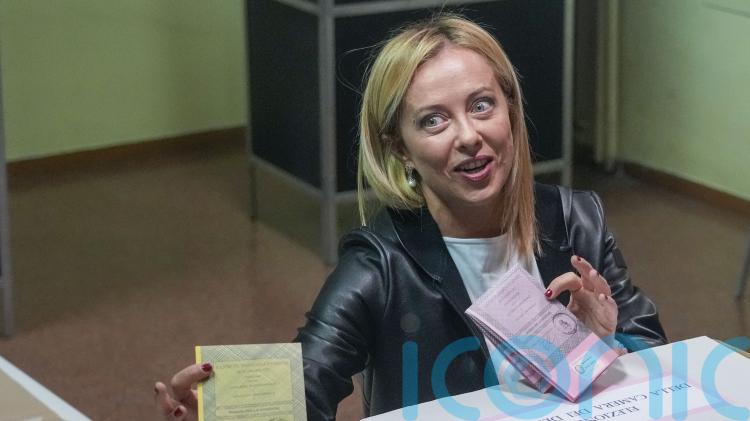