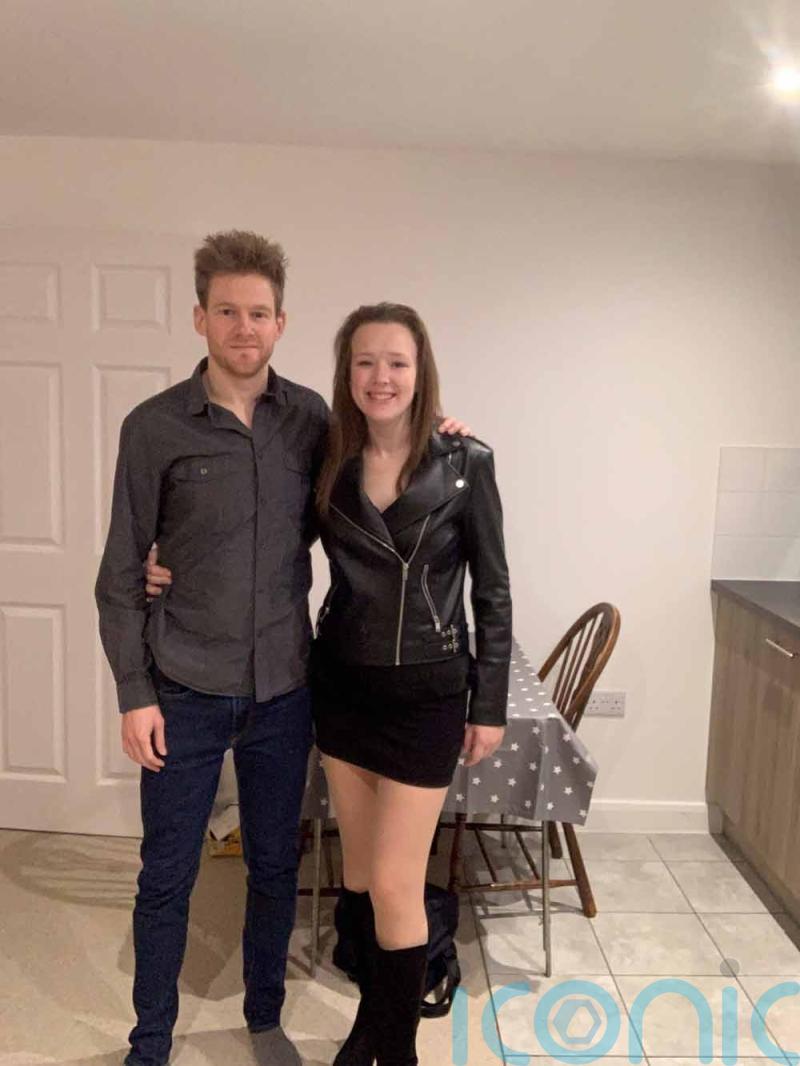 A truck driver who was an 18st size 24 and grappled with anxiety and a terror of being sick shrank to 9st following a gastric bypass five months after tying the knot which led to her marriage ending and her finding new confidence and new love.

Thyroid problems in her early teens triggered Sophie Worger’s weight gain, despite her taking medication, and for years she yo-yo dieted – never managing to keep the weight off.

By the time she was married in December 2015, Sophie, 32, of Horsham, West Sussex, had heart issues, was riddled with anxiety, had panic attacks and suffered with severe emetophobia – a debilitating fear of being sick – which partly informed her decision not to have children. 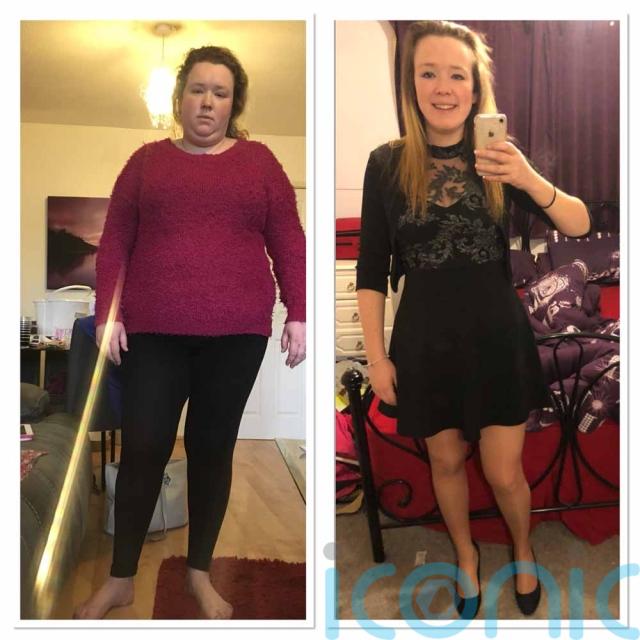 She said: “I’d diet and get my weight down a bit, then put it all back on.

“My mental health wasn’t great. I just wanted to hide away.”

When Sophie got engaged and her GP suggested a gastric bypass operation, which she had never heard of before, she refused because of her fear of vomiting post procedure.

Determined to lose weight by herself,  she managed to drop 3st with daily trips to the gym before her wedding, so felt confident in her size 24 wedding dress.

But just a month afterwards, she had regained the weight and then some, saying: “My ex-husband and I would just stay home.”

She added: “It suited me as I didn’t want to get dressed up or go out. I felt that would be like putting glitter on a turd. Why bother?”

Feeling large, demotivated and unhappy, she suddenly remembered her GP’s suggestion that she should consider gastric surgery.

She said: “My doctor introduced me to another patient, who’d had the procedure, so I could talk through it with them.”

She added: “I knew I could be sick as a result and that really scared me, but I still decided to move forwards with it.”

Sophie’s discussions led her to an appointment with private bariatric surgeon Simon Monkhouse.

She said: “I went into the conversation and in just an hour I felt like a huge weight had been lifted off my shoulders.”

She added: “I finally understood it wasn’t ‘cheating’ to have surgery and that the body naturally wants to gain back the weight lost from these quick diets.” 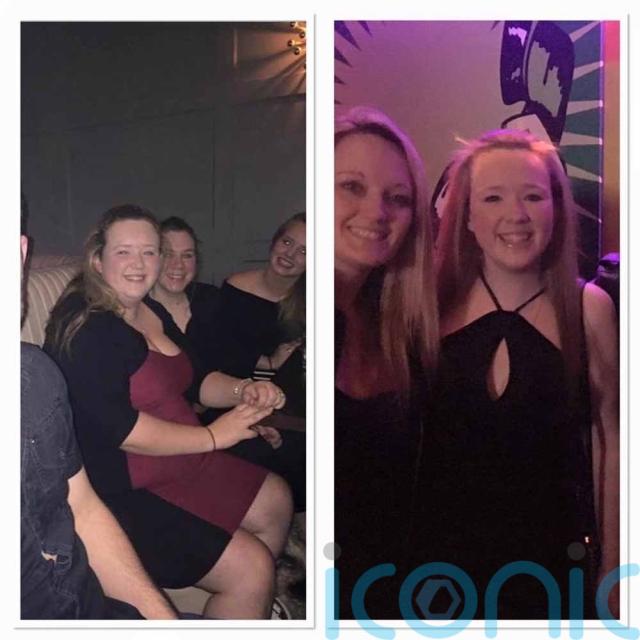 Just five months after her wedding, in April 2016, Sophie had an £11,995 operation at Spire Gatwick Park Hospital.

Even the prospect of vomiting had not deterred her and not only was she not sick, but she was delighted with the results.

Within the next month, Sophie lost a stone and a half and the transformation to her confidence was even more extreme.

She said: “When I was bigger, I didn’t mind always staying in for the evening. It suited me. I never went out and that was OK with my ex, because he didn’t want to go out either.

“Suddenly, I was liking what I saw in the mirror and was accepting invites out. It’d be me alone there with my friends and their partners. It made me realise my ex and I had become two very different people.”

In July 2017, when her weight had plummeted to just under 9st, sadly, Sophie’s marriage was over.

In late 2020,  now a strident, self-possessed woman, she tried online dating – something she would never have dared do before. 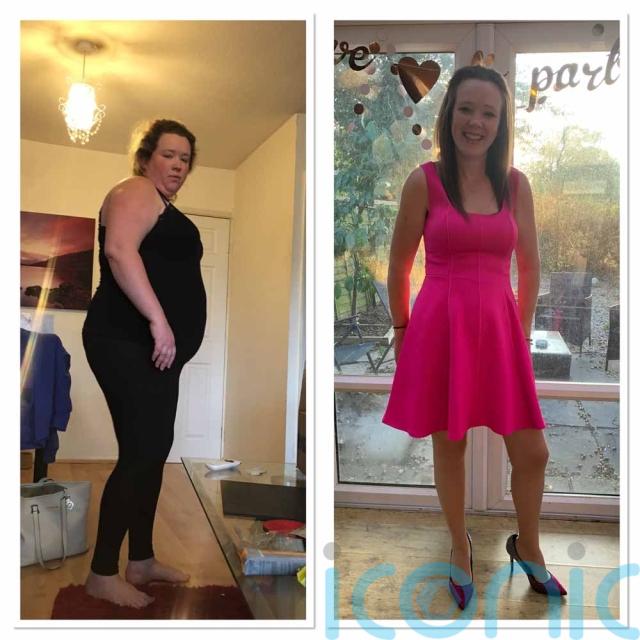 She explained: “I would never ever have put a picture of me on the internet when I was bigger, let alone on a dating site. It’s the judgement. I’d have thought everyone was looking and feeling disgusted.”

They hit it off so completely that they are planning to move in together at the end of the month and have become the proud owners of one-year-old red fox Labrador dog, Tanner.

Sophie said: “I honestly have never been so happy in my whole life. I have to pinch myself.

“To think I’m that same woman who was sat at home for all those nights miserable and riddled with anxiety, is unbelievable. My life is like night and day.”

Sophie has come so far that pregnancy, something she had feared most of her adult life, is even being discussed now.

She said: “Children is something we’ve considered.

“We’re still in our honeymoon period now. We’re busy enjoying going on holidays, getting our house. But we’ve talked about it, and it’s something I could deal with now.

“I’ve come such a long way in my journey.”

Sophie’s heart issues have also been resolved by her weight loss, as has much of her anxiety.

And, reflecting on her experience, she wants others dealing with obesity to know that there is no shame in seeking surgical support.

She said: “Obese people are suffering. It is a disease. There is a science around weight loss and it’s not as simple as just eating less, moving more and losing weight. There are so many other factors.” 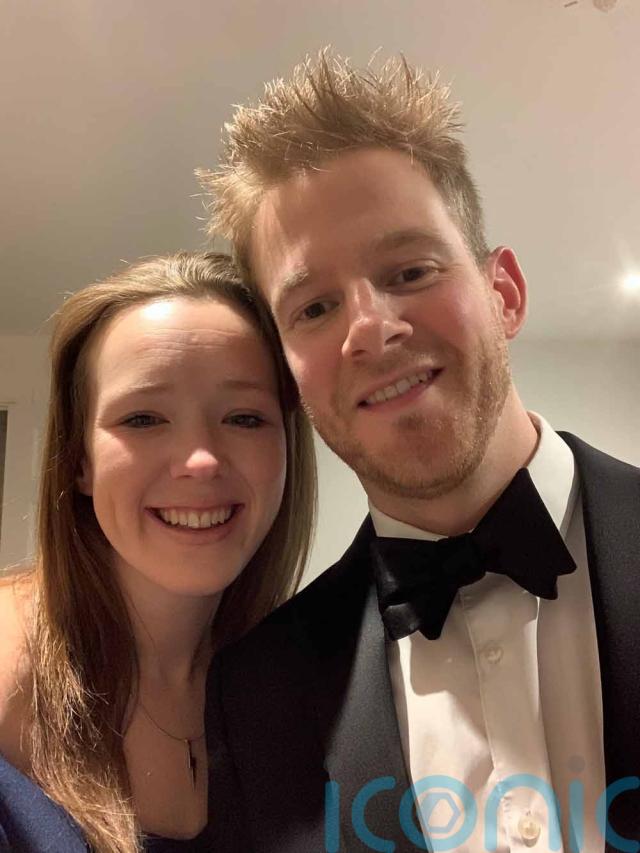 She added: “People who are overweight can feel so powerless and so alone in a world where you’re already holding so little confidence.

“Surgery isn’t a cheat. It can save lives, transform lives and give you the confidence you so deserve.”