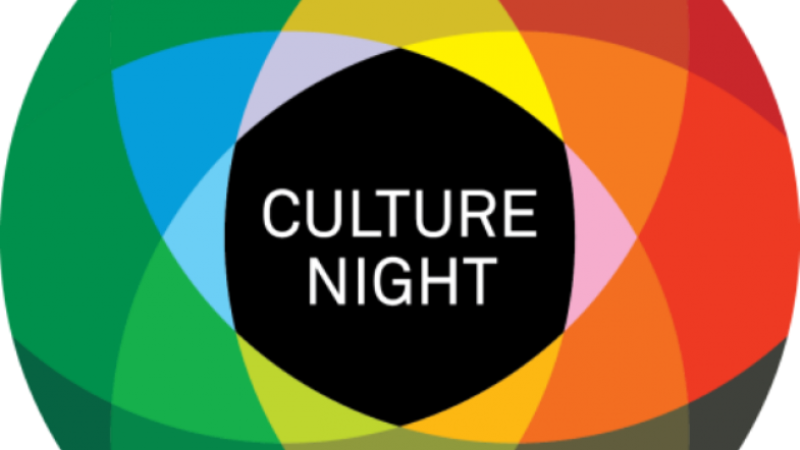 Thousands of events are planned nationwide for one night only!

An all-island series of events which takes place on the third Friday of September every year, Culture Night (or Oíche Chultúir) celebrates culture, creativity and the arts and seeks to actively promote the belief that culture is alive and nurtured in the lives of people across Ireland.

Over 1,700 events including concerts, plays, exhibitions, late markets, and musical sessions are planned in all counties, as well as the opening of cultural institutions to the public to enjoy for free.

The Culture Night website describes the night as follows:

"Culture Night / Oíche Chultúir is a national moment, celebrating all that makes up the richness and diversity of Culture in Ireland today, connecting people to cultural activities locally and nationally and aims to open up pathways to ongoing engagement.

An annual, all-island public event which takes place each year on the third Friday of September, Culture Night / Oíche Chultúir celebrates culture, creativity and the arts and seeks to actively promote the belief that this rich and varied culture is alive, treasured and nurtured in people’s lives, today and every day.

Special and unique events and workshops are specifically programmed at participating locations and, thanks to the continued support of the Arts Council and local Authorities across the island of Ireland, all activities are made available to the public free of charge."

Best wishes to the artists and all who are working at #CultureNight tonight!

Over 1,700 free events are taking place around the country

Plan your night now if you haven't already! https://t.co/ojyBAopAAy pic.twitter.com/Gi5zENGuR6

Some of the best events happening nationwide include a host of readings and musical arrangements at the Museum of Literature Ireland (MoLI) from 5pm to late (booking required), outdoor film screenings at Tralee Town Square in Co Kerry from 8pm to 11pm, an electronic act featuring the best electronic DJs in Ireland at King John’s Castle in Co Limerick, and the Fadó Faces exhibition of older people in Dunamaise Arts Centre in Co Laois from 4pm to 10pm.

An exhibition and film premiere will take place at JJ Hough's Singing Pub in Co Offaly from 9pm to 12.30am, with a comedy show by Colm O'Regan at Hearn’s hotel in Clonmel, Co Tipperary, taking place from 9pm until 11pm, among other events available to view here.

As well as the many events taking place nationwide, a project which is part of the Arts Council 70th anniversary programme will also take place tonight.

The Read Mór gifting project will provide passengers on intercity and Bus Éireann Exressway routes a book of their choice from 21 titles by Irish-based authors, including Colm Toibín and Marian Keyes.

A Book Conductor will be present on services from 2pm at the following stations: Heuston Station, Connolly Station, Kent Station Cork and Ceannt Station Galway, as well as Busáras Dublin, Sligo and Waterford. 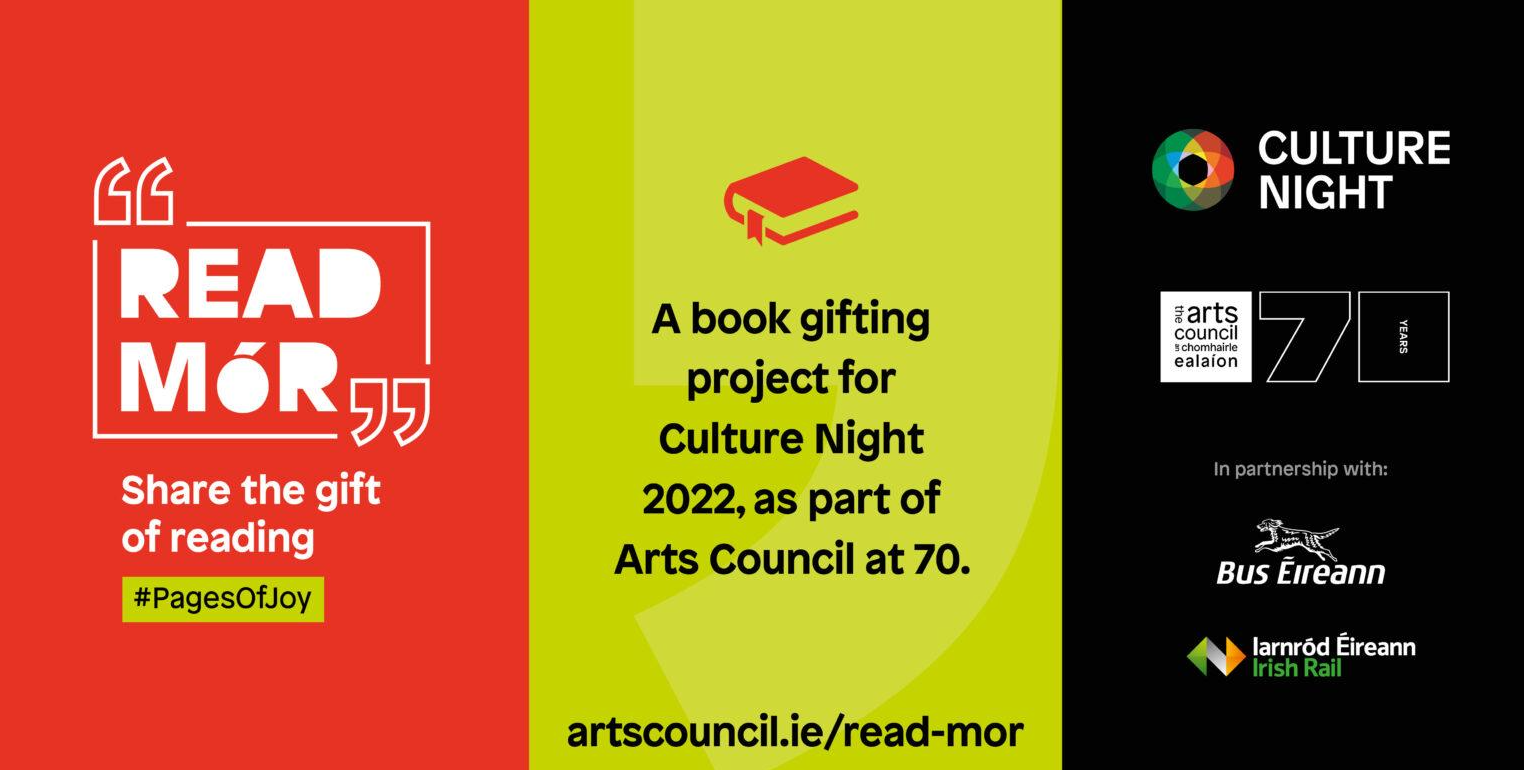 Passengers are encouraged to share the joy of reading when they have finished their book and re-gift it to another. There will be a wide variety of titles to suit all interests and abilities from novels, short stories, poetry, memoirs, children’s and young adult books, in both English and Irish.

A number of audio books from a variety of the titles will also be available.