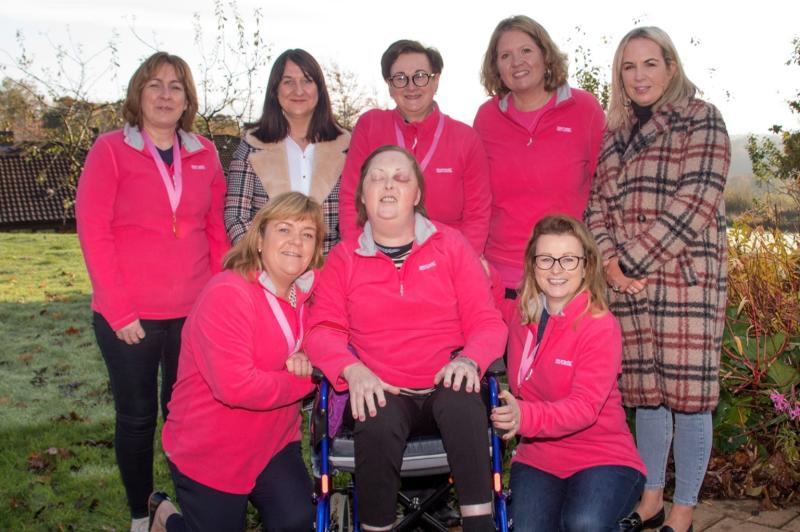 A group of Derry and Donegal women will set off next month for a Ladies Only Cycle in memory of an inspirational friend whose wish was to keep raising funds for Foyle Hospice.

Jacqui Campbell was just 45 when she passed away at the Foyle Hospice in November 2019.

Jackie considered the Hospice a ‘home from home’ and a place of comfort and compassion where she and her family were given invaluable support during one of the most difficult times of their lives.

Jacqui, who was a special needs nurse and lecturer at North West Regional College (NWRC), had been an ardent fundraiser for the Foyle Hospice for some years before she was diagnosed, as she had witnessed the specialist palliative care given to her late aunt.

As Jacqui’s illness progressed, it was her wish to receive her end-of-life care and support at Foyle Hospice. She asked family and friends to continue to raise much-needed funds to allow the Hospice to keep providing others with
the same outstanding care and support that she and her family had received.

Before her death, Jacqui set up a ladies-only book club for friends and neighbours from both sides of the border called ‘No Frontiers’.

The book club members honoured her Foyle Hospice fundraising wishes by signing up for their first Ladies Only Cycle in 2019, while she was still there to cheer them over the finish line.

The ladies have already raised £15,000 for the Foyle Hospice and hope to make another sizeable donation this year.

The 2022 cycle will take place on Sunday, October 2, at 9am. It will set off from the Foyle Hospice grounds on Culmore Road and will follow three courses, a road course of either 40km (25miles) or 80km (50 miles) and a cycle path course of 32km (20miles).

Bridgeen Gillespie, Jacqui’s friend and neighbour, said the cycle has now become a tradition in celebration of Jacqui’s life and her Jacqui’s oldest daughter, 17-year-old, Katie, has pedalled along with them from the beginning. 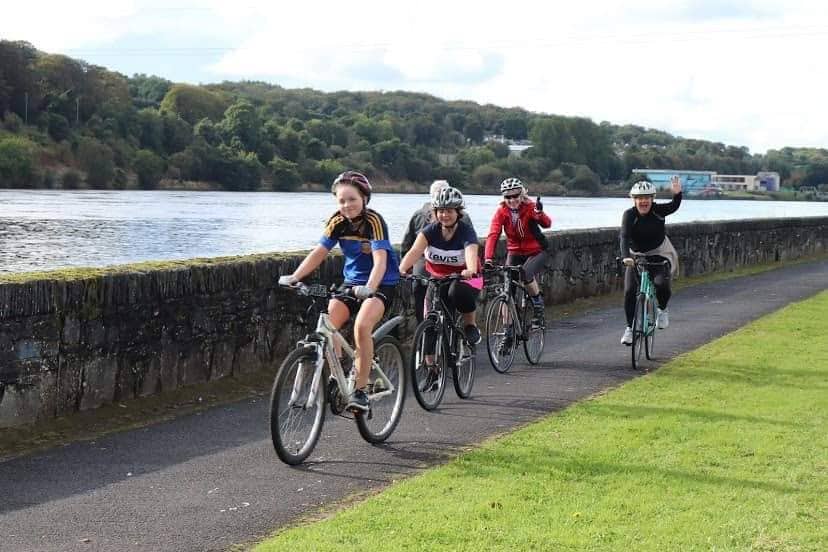 “The Foyle Hospice was a home from home for Jacqui and her family,” she said.

“The compassion they showed her and the help that they gave her and her family was just amazing. Even after her death, the Hospice continued to support the family.”

Bridgeen said that Jacqui’s husband, Cóilín, and their three children, Aaron, 19, Katie, 17, and Niamh, 10, had also continued to honour their beloved wife and mother’s fundraising wishes.

Following the first anniversary of Jacqui’s death, they switched on the Christmas Tree and sponsored the Lights of Love event at the Foyle Hospice.

“Jacqui was always very community-orientated and she loved having a bit of craic, that’s the kind of person she was. So, despite our sore backsides and the falls we have had off bikes, we wanted to keep doing something to raise funds for the Hospice in memory of Jacqui.” laughed Bridgeen.

“This will be our third year completing the cycle. Every year since her Mammy died, Jacqui’s daughter, Katie has been cycling with us and we have also been joined by Jacqui’s aunts, cousins and sisters-in-law.” 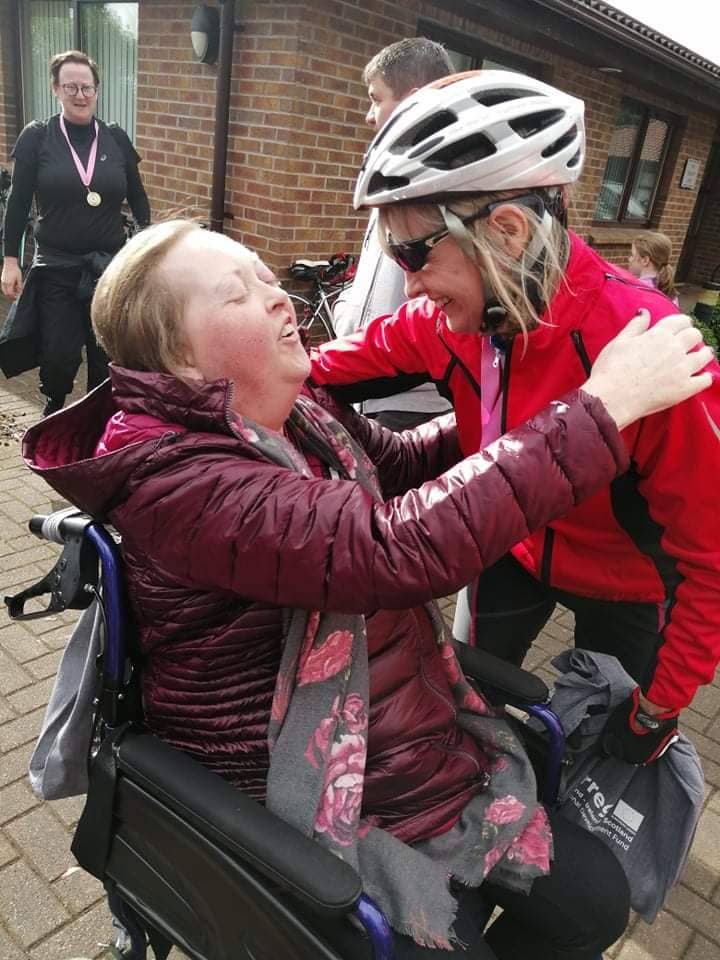 Jacqui congratulates her aunt, Anne, as she makes it over the finishing line outside Foyle Hospice after their first year in 2019

Bridgeen said there are ‘No Frontiers’ for these determined ladies and nothing will stop them as they pedal their way towards their fundraising goals in memory of Jacqui.

“We even kept going through the lockdown and had virtual collections but this year we will all be back together, back out on our bikes.” she said.

“Jacqui inspired us all throughout her cancer journey by showing such powerful strength and resilience despite all she faced and we saw the amazing work the Hospice did for Jacqui, and we could see how much she and her family were supported.”

If you would like to donate to the ladies’ fundraising effort search ‘No Frontiers Jacqui's Girls’ on JustGiving or via the link: https://www.justgiving.com/fundraising/no-frontiers-jacqui-s-girls1

Alternatively, you can donate online or register for the cycle at www.foylehospice.com or visit the Fundraising Centre at Foyle Hospice, 61 Culmore Road, Derry. 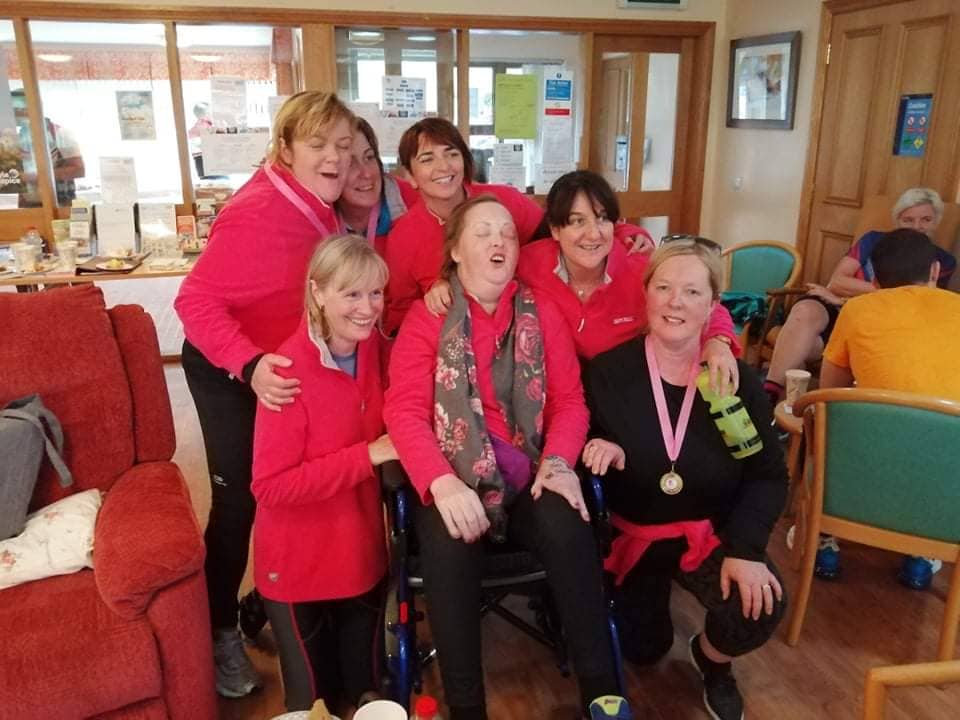 The ‘No Frontiers’ ladies-only book club celebrate with a delighted Jacqui in Foyle Hospice in 2019, following their first Ladies Cycle