How does the Mini John Cooper Works Bulldog Racing feel on the road? 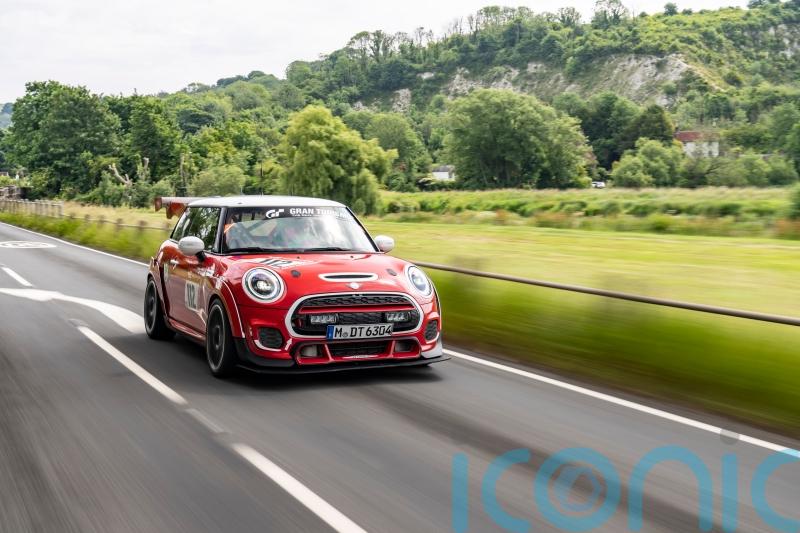 The Nurburgring 24 Hours is often seen as one of motorsport’s greatest challenges. Tackling the famous ‘Green Hell’ over a full day takes a huge amount of commitment, skill and mechanical prowess, which is why the cars that undertake the prestigious event are some of the most focused – yet robust – vehicles that take to a circuit.

So it’s not very often that you see one on the road – and the Mini John Cooper Works by Bulldog Racing is definitely not a car that you’d expect to see sauntering around a West Sussex roundabout.

We’d been offered a chance to ride along in this stripped-out racer to see how it compared with the regular Mini. After all, the retro-inspired hatch is one of the UK’s most popular models and has been praised for its sharp, nimble handling. But how would one that had been prepared to spend a full 24 hours lapping the world’s toughest race track feel in comparison? 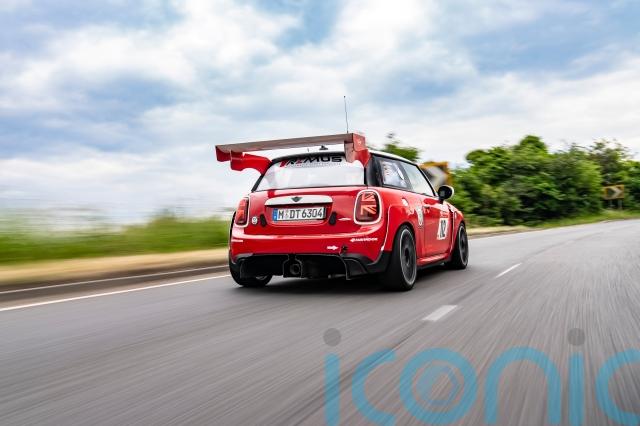 Quite a bit different, would you believe? Of course, the fundamentals are much the same. Since the Mini was built to compete in the SP3T class – which is a ‘Special’ class that allows up to a 2.0-litre engine with a turbocharger – it needs a ‘regular’ powertrain. So that means a 2.0-litre turbocharged petrol engine under the bonnet feeding power to the front wheels via an automatic gearbox. Of course, a variety of other upgrades have been included to ensure that the Mini can compete; there’s a full rollcage, fire extinguisher system and a whole suite of radios that race cars like these require.

There’s also a huge 100-litre fuel tank which sits right behind you in the rear of the car. It’s filled up via a nozzle in the plexiglass window. The normal fuel filler cap? The covers a pneumatic connector designed to power the air jacks. 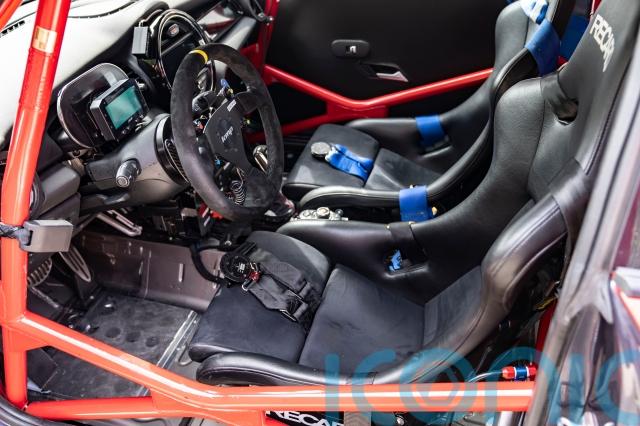 In fact, the more you delve the more you realise just what has gone into transforming this car. The brakes are larger AP Racing units, while there’s a whole aerodynamics kit bringing a large front splitter and a flat underfloor. Then there’s the wing, which – as well as being absolutely massive – can be adjusted too.

Inside, the Mini feels like a full-time race car. Interestingly the regular car’s navigation system remains, as does the standard air-conditioning – though this only works at low speeds to help keep drivers cool. The car is barely-there in terms of features, though it is awash with buttons and controls for functions like the main lights and the aforementioned fire extinguisher system. There’s also a switch to illuminate the car’s number board, which is a requirement for N24 cars and allows for the car’s unique racing number to be seen at night. 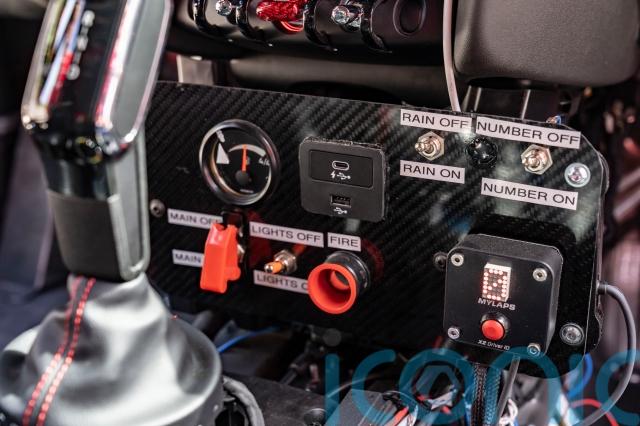 Then there’s the exhaust, which was made in-house by Bulldog and gives the car an almost ludicrous noise when started up. And that’s just what we hear as we creep out of a quiet lane close to Bognor Regis to head up and experience what this Mini feels like from the passenger seat.

As much as we would’ve liked to have been driving, even being in the passenger seat was a sensory overload. This is a firm car, of course, but even the team at Bulldog would – we’re sure – admit that it hadn’t been tested to cope with the level crossings that rise over sections of railway line in West Sussex. 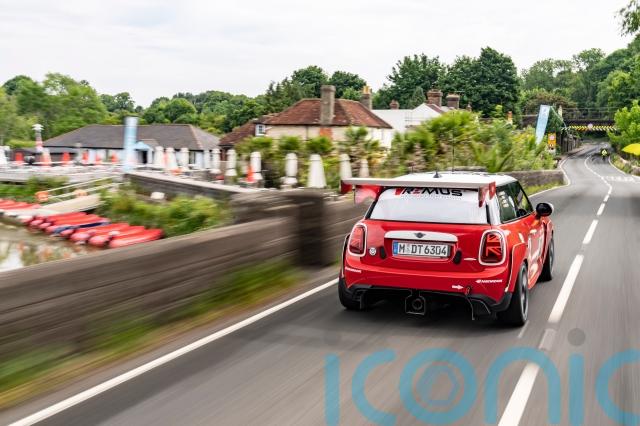 It still feels inherently ‘Mini’, mind you. There’s a way to the car’s steering and the ease with which it tracks corners which does feel much like the road cars, albeit turned up a fair few clicks. The exhaust blares at higher revs and because there’s very little sound insulation, everything echoes and reverberates around the cabin. It’s an all-engrossing experience, made all the more apparent because we’re on public roads driving past other road users who suddenly have a fully-fledged N24 racer heading towards them.

Our route dips and dives through the countryside, with the Mini carving its only little red-flash-route through the hills. You’re sat remarkably low, but despite this, there’s still a decent enough view over the area ahead, though navigating traffic and parked cars at the side of the road does require some effort by the looks of it. 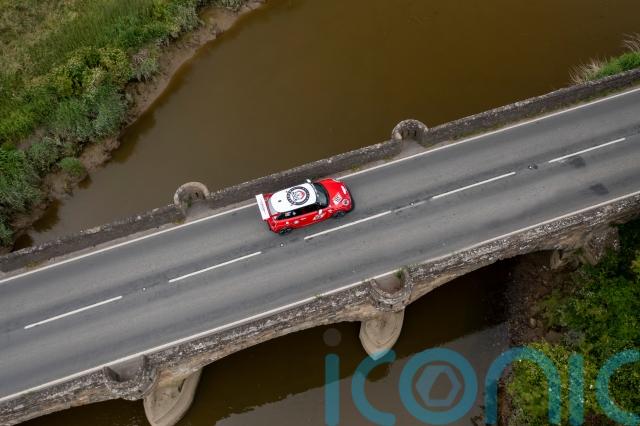 Though it is remarkably firm, we don’t feel as though it is completely unshaken by the UK’s roads – though truck lines on the tarmac do cause the car to pull from side to side on occasions. For all of its upgrades and mechanical changes, though, this is still a car that can, theoretically, take to the road and transform local roads into something very special.

However, you can tell that this is a car designed to be put through hell. Which is just what the Nurburgring provides.