Adventurer Jamie Ramsay on solitude, rewilding our lives, and the power of a simple walk 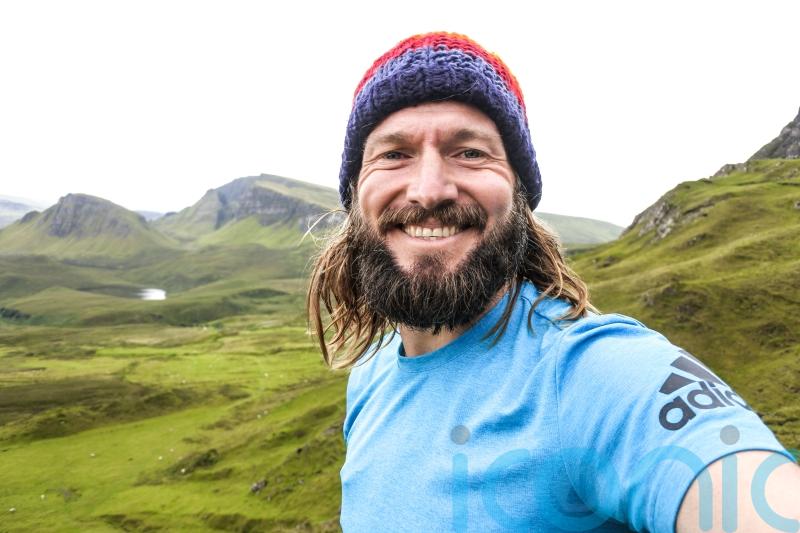 We’ve all heard of rewilding gardens – restoring them to a more natural state, perhaps with wildflowers, and encouraging bees and hedgehogs in. But what about rewilding our lives?

It’s something explorer and endurance athlete Jamie Ramsay thinks we need to be doing more: bringing nature into our everyday lives and harnessing its power for our happiness and wellbeing.

“If people are on high power the whole time, they lose sight of where they’re going. If they can take a reset, just going to sit under a tree or something, and think, slow down, stop… that’s really important,” says Ramsay. “Get outside, go and do stuff, put away your screens and let your mind wander. We’re not designed to look at screens, to live in massive cities. We’re designed to be roaming free.” 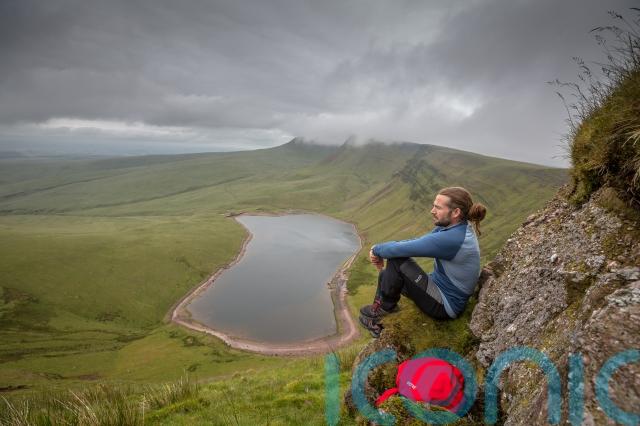 A third of people say they feel better for longer after having a break in nature, while almost half (47%) say a long walk improves their mental health, according to a new poll by Cotswold Outdoor. And most (88%) agree it’s vital to get outside, have adventures and restore our connection with the natural world – yet in reality, we’re often not doing it enough.

Ramsay, 42, who is supporting Cotswold Outdoor’s #ProjectRewild campaign, swapped city life for nature in an extreme way eight years ago, quitting his London office job in communications to take on epic solo challenges – including running 17,000km across the Americas and cycling from the north to the south of Australia.

“I was caught in that trap of: you get a job, then you start getting pay rises and your standard of living goes up, so you have to work harder to get more money to fund stuff you don’t really need,” he says. “I was doing a job I didn’t like and mentally that didn’t leave me in a very good place. [I thought], ‘I’m starting to spiral, this isn’t healthy’.”

One moment in particular, when he went out drinking and decided to sleep on his office toilet floor instead of going home, made him rethink. “I looked in the mirror and was like, ‘Yikes, you need to make a change’. I looked back and tried to remember the last time I felt happy, content and fulfilled – all those things you want in life – and it was at the end of a run I’d done in Vietnam. I thought, ‘I want that feeling back’,” he recalls. 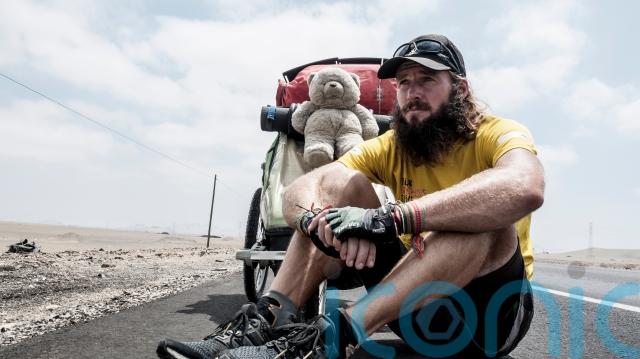 Five months later, he resigned – and then set off to run, solo and unsupported, from Vancouver to Buenos Aires, which was “huge and life-changing” and still his biggest achievement to date. But it was later in Bolivia that nature truly astonished him. “Cycling across the flooded salt flats of Uyuni, I was in the middle of the largest salt flat on earth, which was completely covered in water reflecting the sky… it was just out of this world,” says Ramsay, who pays for his trips himself but works with brands alongside.

He’s aware most people can’t just quit their jobs to travel, however, and doesn’t expect anyone to do the same. And it’s a lifestyle choice that comes with consequences. “I don’t have a pension, I don’t know when my pay check’s coming, and because I’m not fixed in one place, how [do I] have relationships?” says Ramsay.

“Most people like the fact there is this kind of blueprint to follow, and the blueprint works for lots of people. I think it’s just important to take a portion of your time to try and get away from that, and allow yourself to breathe, so you can perform better and be happier,” he adds.

Nature gives Ramsay a sense of wonderment – like what we used to experience as children, when “we were all just amazed by everything” – whether he’s running across the Atacama Desert or hiking in Wales. 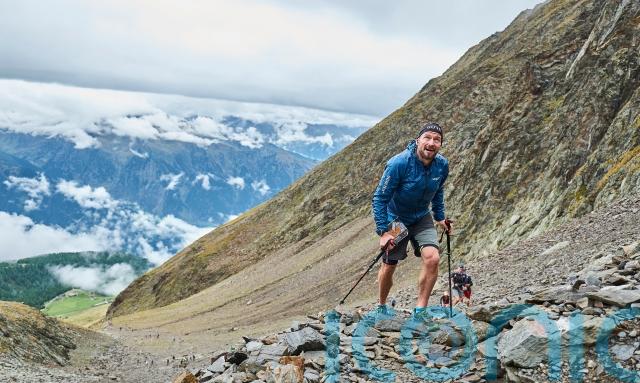 “I’m a bit like a kid when I’m out in nature, because I don’t plan anything. I’ll walk around the corner and there’s a waterfall I didn’t even know was there – [then it’s] trunks out, let’s go for a swim and jump.”

So, how can we all squeeze a bit more nature into our busy lives? “It doesn’t have to be an adventure, big stuff like tops of mountains. Just go and find your thing and do it in your way, that makes you happy – it’s not a competition.”

Ramsay may complete enormous challenges most of us can’t fathom, but he’s keen to stress the happiness and fulfilment doesn’t come from completing each adventure. “Everyone’s like, ‘Oh my God, you must feel so happy when you finish!’ No, I’m incredibly sad. I don’t celebrate the end ever! It’s like getting to the end of a book you really liked – now I have to find another book.

“It’s the movement and seeing nature that keeps me alive,” he says. 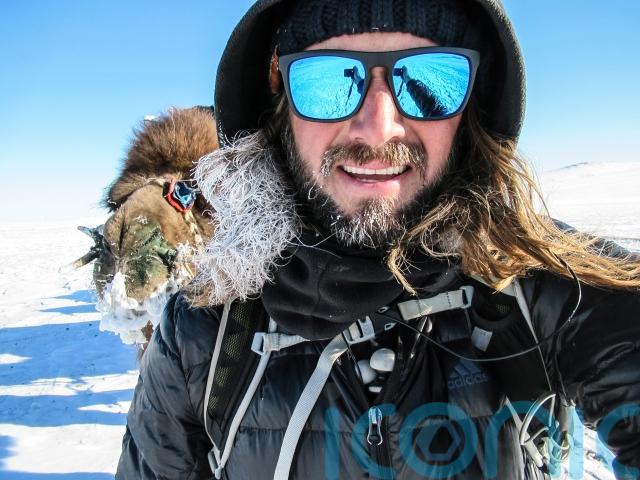 Funnily enough, it wasn’t until the pandemic hit that Ramsay started popping out for a walk near his home though. “I’d never gone for walks before, that whole idea was alien to me, but I went for a couple of kilometres the first day and I was like, ‘Hey, I feel quite good! I feel like I’ve decompressed a little’,” he recalls. “Over the last two years, I’ve got up to 10k, and as you go through the year, you say: ‘Oh that tree has changed and these plants have arrived’.”

He suggests just “lying in a forest” too. “Actively make yourself go out, relax, it allows your mind to reorder things and prioritise things. That slowing down allows you to approach things in a more positive way when you get back.”

Hiking, biking and wild swimming are all great options in the UK and Ireland too – if done responsibly, with the right kit, he says (“I always swim with a float, just in case anything goes wrong,” says Ramsay), and then there’s camping.

“Obviously, my preferred way is to go wild camping, but we have to be responsible – if we all go to the same place and do the same thing then we’re going to cause environmental damage. The National Trust has lots of amazing campsites in really beautiful places. As a family, just sit around, have a camp meal, watch the stars, play games you don’t normally play…” 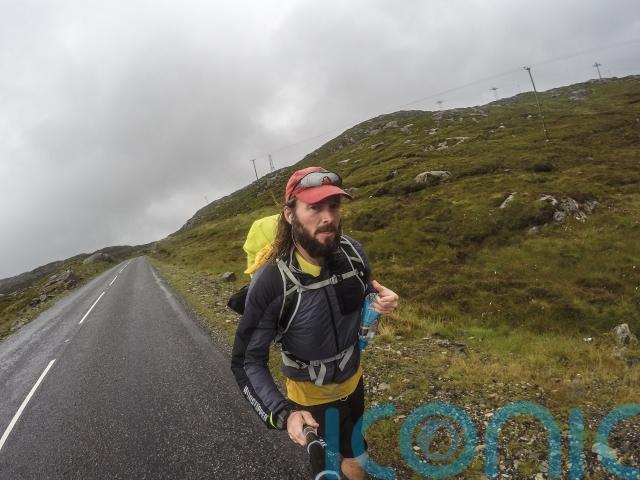 For Ramsay, getting out in nature alone is key – in fact, it’s where he thrives. “Solitude is where I feel the most happy. Everyone can wrongly see it as loneliness, but actually for me, that solitude is peace, quiet, calm. I can think properly and I can do things rationally,” he says.

And how does an endurance athlete relax? “I love cleaning! I’ll clean my house almost every day [when home]. I have a series of tasks that need to be done in a certain order and that allows me to relax, with some jazz music on in the background.”

Jamie Ramsay is an ambassador for the #ProjectRewild campaign with Cotswold Outdoor.