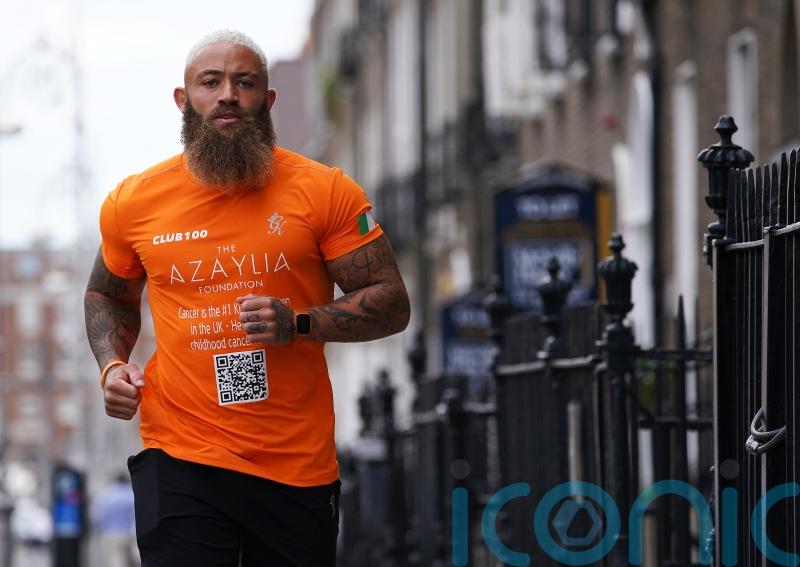 Grief can be an extremely hard and lonely place, especially when going through the heartbreak of losing a child – as Ashley Cain knows only too well.

Although nothing can take away the pain, he has found talking helpful – a message he is keen to share with other grieving dads. For Cain, 31, this means talking to Azaylia, and to other people.


“For somebody that has lost a child, I would always say keep your child current, keep your child present. I don’t believe that Azaylia has fully left me,” he shares. “I believe that she’s not here with me in presence, but she’s up there in heaven and she’s watching down. You have to keep them fully connected with you.

“I think a lot of people can’t ever understand what it’s like to lose a child, but a lot of people sympathise and would be happy to talk to you about your beautiful baby.”


Cain and his then partner Safiyya Vorajee co-founded The Azaylia Foundation ( theazayliafoundation.com) in August 2021, in honour of their daughter. The charity is now on a mission to help fund further research and treatments for childhood cancers and support other families facing the ordeal, with Cain already having completed a number of intensive physical challenges to raise money and awareness.

Last month (August 2022) would have been Azaylia’s second birthday and Cain undertook a series of feats to mark this, including running five marathons in five different countries in five days.

He recently became an ambassador for Gym King (thegymking.com), who’ve been supporting his training efforts – and exercise is another thing Cain would suggest as a way other dads can support themselves through grief, or any emotional challenges they may face in life.

“Whether you love exercise, whether you hate it, there is no negative to exercise. I believe that once you do the exercise, you will never ever regret it. No matter how bad you feel before you do it,” says Cain, who says training has become his ‘counselling’.


“It’s a great way to release positive endorphins in your body, it’s a great way to work your mind through your body, to keep yourself fit and healthy. Exercise has been a way to combat stress, depression and problems all my life, and it’s still amazing and the most efficient way I found to do that now.

“Also, there’s so many things in life that can creep up on you, that you’re not prepared for. They’re going to hurt and cause you stress. So I believe you have to build up a kind of resilience to that. So when I do these challenges, and when I train every day, I’m building that mental and physical armour.

“I’m stepping outside my comfort zone and becoming comfortable with being uncomfortable, so that if anything else in my life decides to jump up and surprise me, I’m ready for it, and I’m prepared to dig in.”