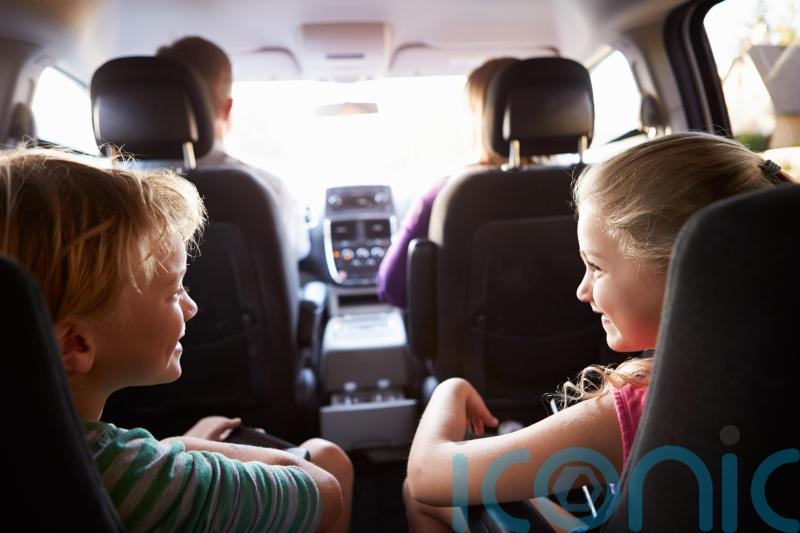 As the bank holiday weekend approaches, many families will be planning long car journeys – and a lot of parents with young children will be dreading them.

Keeping youngsters cooped up in a car for hours as you deflect cries of ‘Are we there yet?’ and desperately try to keep them entertained can be stressful, and often results in backseat tantrums from bored and frustrated children.

Indeed, the problem is so universal a statistician has now calculated the “exact formula” to predict the chances and timing of a backseat meltdown.

Dr James Hind from Nottingham Trent University says the formula T = 70 + 0.5E + 15F – 10S predicts the probability of kids having a backseat meltdown. Based on responses from 2,000 parents, collected by LV= Britannia Rescue, he found the time (T) the average child typically takes to throw a tantrum during a long car journey is 70 minutes.

The chances of a tantrum are reduced by every minute a child is entertained (E), while food (F) can delay tantrums by 15 minutes. However, having siblings (S) in the car increases the chances of backseat breakdowns by 10 minutes. And the research found the average child will ask “Are we nearly there yet?” 32 minutes into a car journey, and four times during the trip.

Boredom is the primary cause of backseat tantrums – cited by 68% of parents – followed by the journey being too long (62%) and the kids being hungry (57%).

Dr Sandra Wheatley, a social psychologist with a special interest in parenting and families, explains that while adults can rationalise a long journey is necessary and if it could be different it would be, “These are things you can’t thoroughly convey to a two-year-old, so it’s very common for them to have a backseat tantrum”.

Some children will be more likely to have a meltdown if they’re physically restrained in a car seat, and Wheatley adds: “The trouble is when you’re driving you really need to concentrate, and dealing with tantrums will not help that!”

But how can families about to embark on long car journeys avoid their children having a backseat meltdown? Here are Wheatley’s tips… 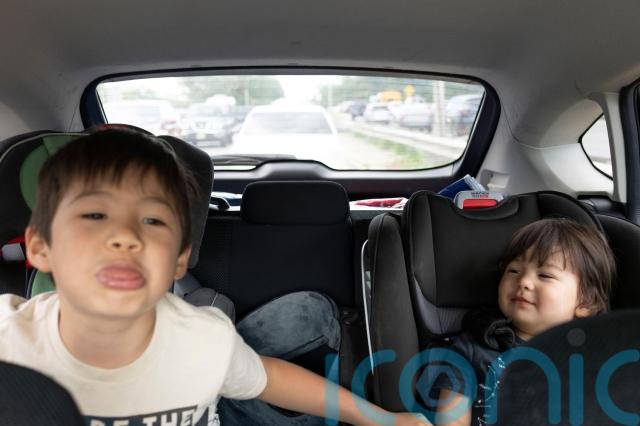 1. Explain how long the journey will be

“Speaking to the kids beforehand about the journey is a good idea,” suggests Wheatley, helping prepare them for the trip.

And on your side of things, she recommends bracing yourself: “Expect the worst and hope for the best.”

If you’ve got more than one child in the car with you, try and delegate some ‘jobs’, suggests Wheatley. “So if you get stuck in a traffic jam, who might be in charge of telling a story, and who can decide which song you’re going to sing?”

Tech can help entertain children, with Wheatley saying: “Let the kids take it in turns to listen to a song or choose a story – that in itself, while it might not necessarily stop them squabbling about whose turn it is, will at least focus them on something positive and get them talking to each other, and soon they’ll start laughing, and hopefully dancing in their seats.”

She warns, however, that if you do let them play on tech, you should prepare a reason for taking it off them again when necessary, or it could provoke a tantrum. 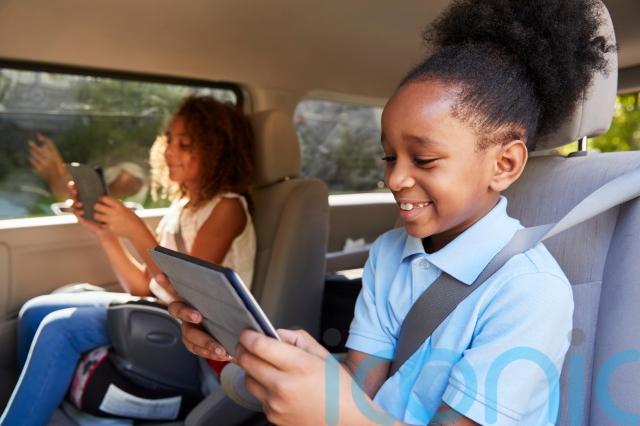 Although it’s tempting to hand kids a bag of sweets or a fizzy drink to keep them quiet for a bit, Wheatley recommends not giving them sugary snacks and drinks, because it could well lead to a sugar-induced backseat meltdown.

5. Take a reward for the end of the journey

Although sweet snacks aren’t a good idea during the journey, Wheatley says it can be wise to have some treats to dish out as rewards for winning games or good behaviour at the end of the trip.

“Have some sucky sweets, preferably with low or no sugar, ready so they can have them as a reward for being good at the end,” she advises.

Milk-based drinks can sometimes make children trapped in the back of a car feel a bit uncomfortable, says Wheatley.

“It’s a good idea to avoid milky drinks as that can make children feel yucky, and when they’re so young they can’t necessarily tell you, so it could prompt tantrums and whining if they’ve got a tummy ache. Avoid anything that’s likely to provoke a bad mood.”

7. Give them suitable snacks

“Try giving them bananas, because they can eat a bit, fold the top over and leave it for a bit,” suggests Wheatley. “Raisins are fantastic – as long as you’re on hand in case there’s backseat choking. Anything like that takes them ages to eat, as do apples. Ask them what they’d like – that’s not sweeties!”

8. Be prepared with games

Take cards and travel games with you, and encourage kids to use their imaginations – perhaps by making up stories from different pictures you have with you.

“That gives their imagination a bit of stimulation,” says Wheatley, who also suggests playing I spy with colours, rather than letters, for younger children.

As well as giving kids (and adults) the opportunity to stretch their legs and go to the toilet, breaks can be used as something to look forward to on the journey.

“In an ideal world, you can programme your journey and say you’ll stop every two hours or whatever, but retain flexibility and just pray you don’t have to stop on the hard shoulder,” says Wheatley.