VIDEO: NHS worker fundraises for three-year-old girl who is paralysed from waist down to have life changing treatment for spina bifida so she can walk 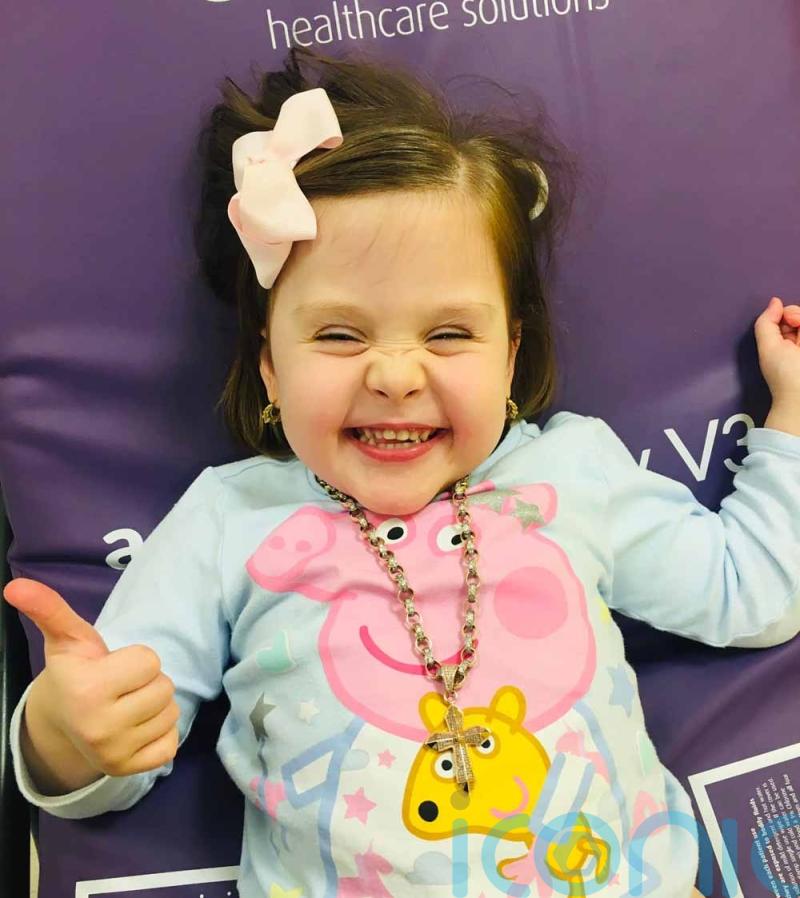 An NHS worker is raising money for her gorgeous daughter to receive life changing treatment for her spina bifida in the hope that the three-year-old who is paralysed from the waist down will finally be able to walk.

Natalie Halson, 32, of Manchester, is trying to raise £12,000 to send her little girl to Florida where specialist therapy – including wearing a state of the art TheraSuit to correct her body’s alignment – will help Mirabelle take her first steps.

Natalie was warned before her little girl was born that the tot would never walk. but is optimistic the four-week intensive therapy programme in the US will help Mirabelle defy that prediction.

She said: “This will be a dream come true for us.

“She’s perfect just the way she is, but walking will give her a better chance at independence in life.

“Medics had such low expectations for Mirabelle’s life when I was pregnant, in fact, that after her diagnosis I was offered an abortion 10 times before I gave birth.” 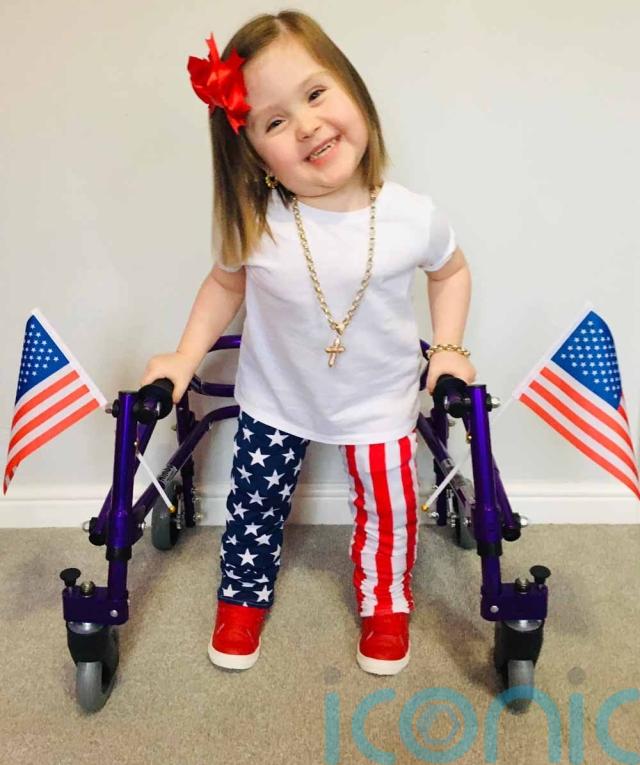 Natalie first became aware of complications with Mirabelle’s health at her 22-week scan.

She said: “It was flagged during the ultrasound that she had spina bifida. At first, I was sent away and told I’d be able to see a specialist in a week’s time.

“At that point, I was also told I had the option of abortion which was just completely horrifying to hear.”

She added: “That wasn’t the only time I was offered an abortion – it was recommended to me a further nine times during the remainder of my pregnancy but I refused.

“Doctors warned me that my baby might not have any quality of life, but I knew in my gut that I was doing the right thing.”

Natalie’s unborn baby was diagnosed with spina bifida which, according to the NHS, is when a baby’s spine and spinal cord does not develop properly in the womb, causing a gap in the spine. 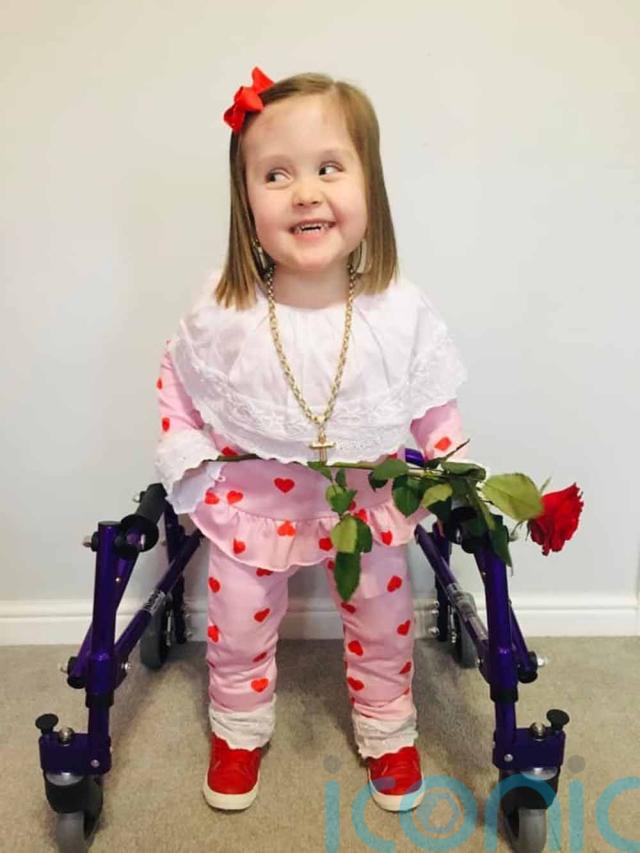 Determined to give her little girl a fighting chance, Natalie continued with the pregnancy, travelling from Manchester to London’s Great Ormond Street Hospital every three weeks for a special ultrasound.

She said: “I was hoping for her to have a foetal surgery to fix her spina bifida from inside the womb, but she did not qualify as the gap on her back was too big.

“Instead, I knew that she would need surgery immediately after being born.” 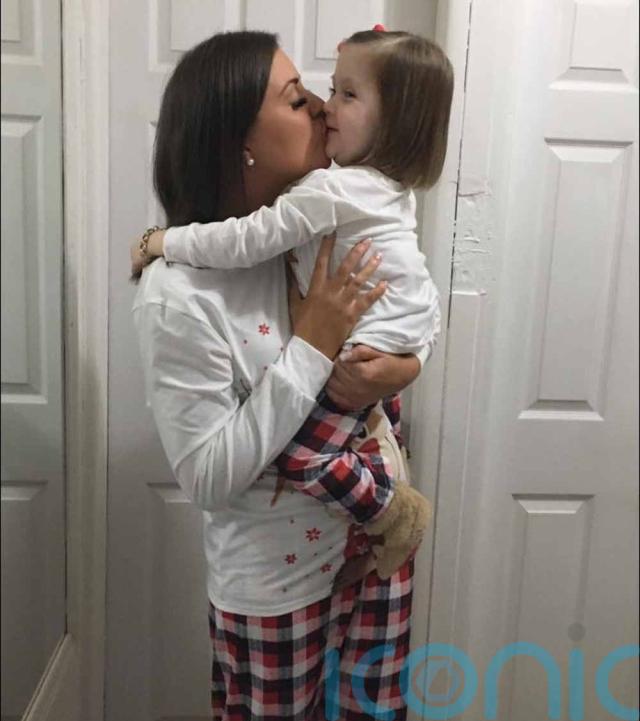 Natalie was told to prepare for an early delivery ahead of her Christmas Eve due date in 2018.

She said: “Doctors held off for as long as they could but on December 12, I was induced.

“I went into labour at Liverpool Women’s Hospital, but was forced to have an emergency caesarean when the baby turned the wrong way and got stuck.”

Baby Mirabelle was born weighing 7lb 6oz but was whisked away for surgery straight afterwards.

Natalie said: “I was awake for the operation but I didn’t get to see her. I heard a few faint baby cries and then she was taken away.

“She was sent to Alder Hey for surgery on her spine and it killed me not being in the same hospital as her. I didn’t even know what she looked like.” 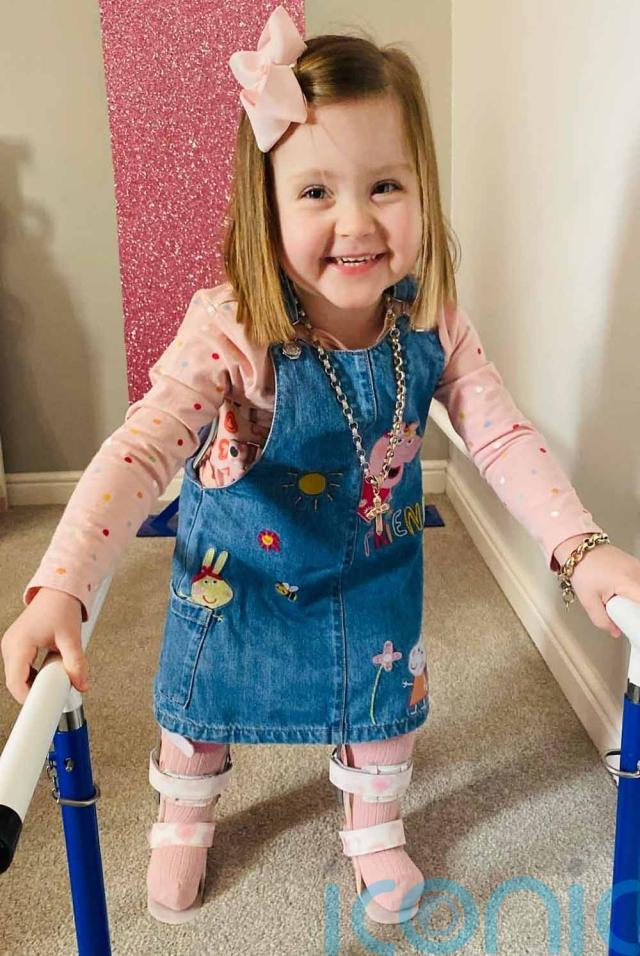 She added: “I couldn’t take it anymore.”

Later that same day, against advice from doctors, Natalie discharged herself and made her way to Alder Hey where she was readmitted.

She said: “The medical staff were stunned when I arrived and told me that I shouldn’t have done it, but I couldn’t be away from my little girl.” 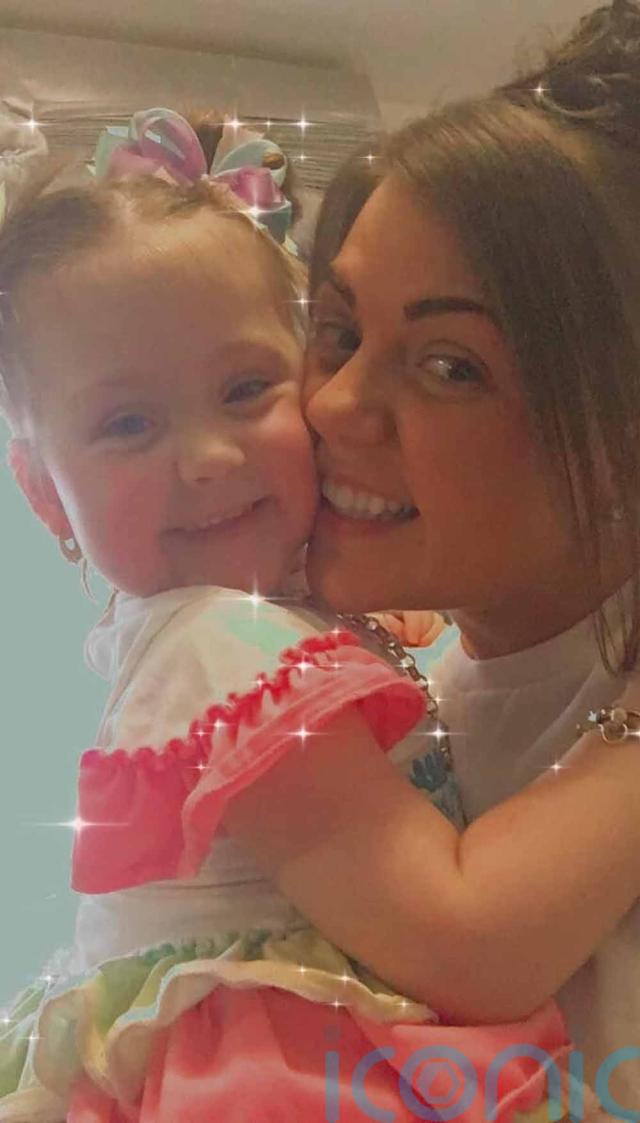 She added: “They put me on a ward near her so that I could see her whenever I wanted while she recovered from the op.”

But it was a further six weeks before Natalie was able to take Mirabelle home and, in that time, the youngster had three further operations to correct abnormalities in her spine and had a shunt fitted at two weeks old.

Natalie said: “She’s always been a strong girl since she was born, I still tell her that now.”

She added: “I stayed in Ronald McDonald accommodation on the hospital grounds until we were finally able to go home in January 2019.”

Since then, Mirabelle has come on in leaps and bounds, surpassing doctors’ expectations.

Natalie said: “She’s really cheeky and so on the ball. She’s such a clever girl. At first, I was worried that she would miss major milestones, but she’s smashed every expectation out of the park.” 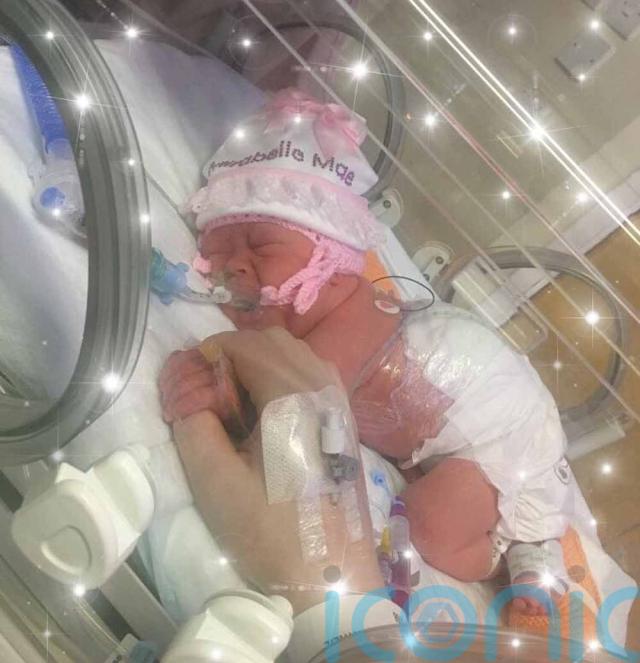 She added: “She was early to start talking and she lights up every room.

“Sometimes if I’m dressing her and she catches a glimpse of her scars in the mirror, she’ll point them out and say, ‘Ouch, I’m very brave, aren’t I?’ and I will always tell her, ‘Yes, you are, you’re a very brave girl.’

“She understands as much as a three-year-old can about her condition and I’m very open and honest with her.”

She added: “She knows that we’re raising money to go to America to help her learn how to walk and she’s so excited. She talks about it every day.”

But while Natalie is determined to push ahead with treatment, she admits her little girl still has a long way to go.

She said: “The videos of Mirabelle standing are the extent of her mobility. She is paralysed from the waist down which makes it nearly impossible for her to take any steps.” 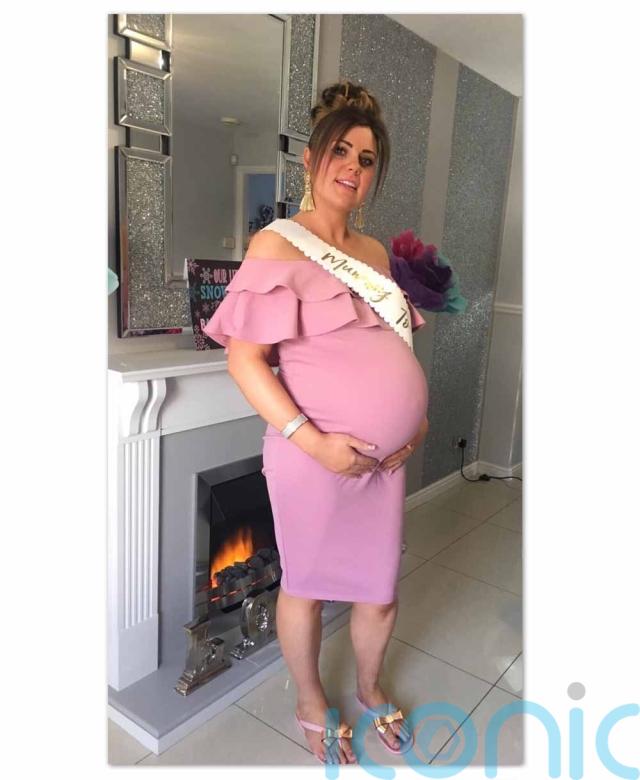 She added: “The specialist treatment in America will involve three hours of daily physio and state of the art equipment including a TheraSuit which is designed to accelerate progress in physio by correcting the body’s alignment.”

The TheraSuit consists of a vest, shorts, knee pads, specially adapted shoes with hooks and elastic cords which pull the body into the correct position.

Using the suit daily for a prolonged period of time teaches the patient how their body should move and improves their alignment.

Natalie added: “This will be lifechanging for Mirabelle.”

The four week programme at Johns Hopkins All Children’s Hospital in Florida, USA, plus flights and insurance, will set Natalie back £12,000,  so she is asking for help in order to get Mirabelle the treatment she needs.

Natalie said: “We’re doing everything we can to raise the money – raffle prizes, charity evenings, everyone in our local community is pitching in.” 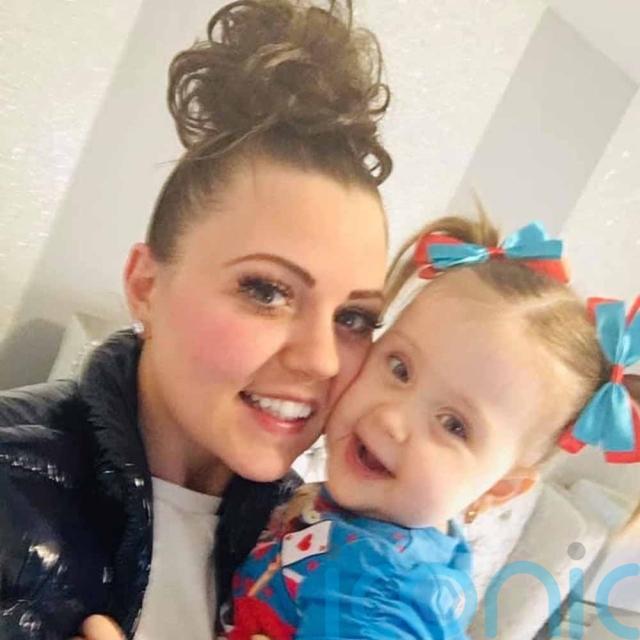 She added: “We all have one goal in mind and that is to get Mirabelle walking.”

The intensive therapy programme will include daily activities to improve Mirabelle’s independence, such as self-care, feeding, dressing, and physiotherapy to improve body awareness, motor skills, balance and coordination.

With  fundraising currently at £4,200, Natalie said: “This type of intensive treatment is presently only available abroad and privately, so we are doing what we can for our little girl.”

She added: “I want the best in life for her, she’s my little fighter. Any help we can get towards getting her walking means the world to us.” 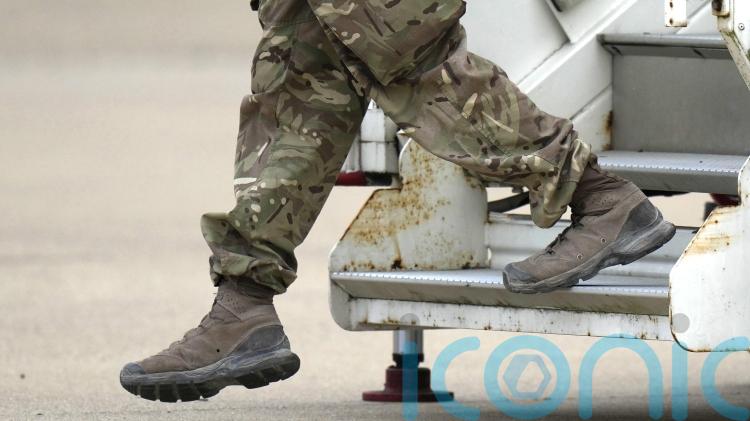 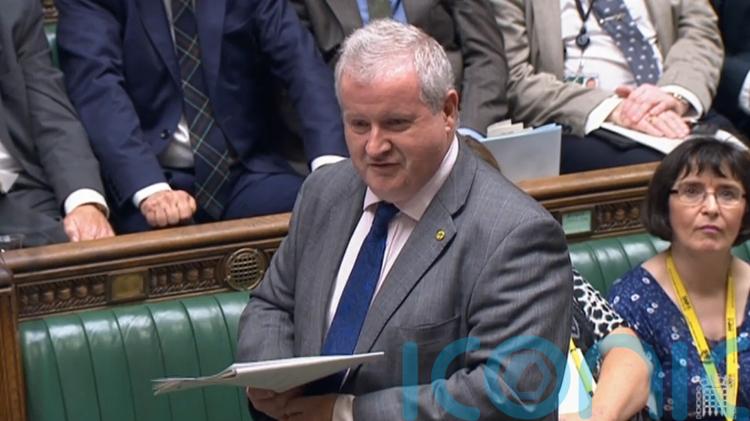