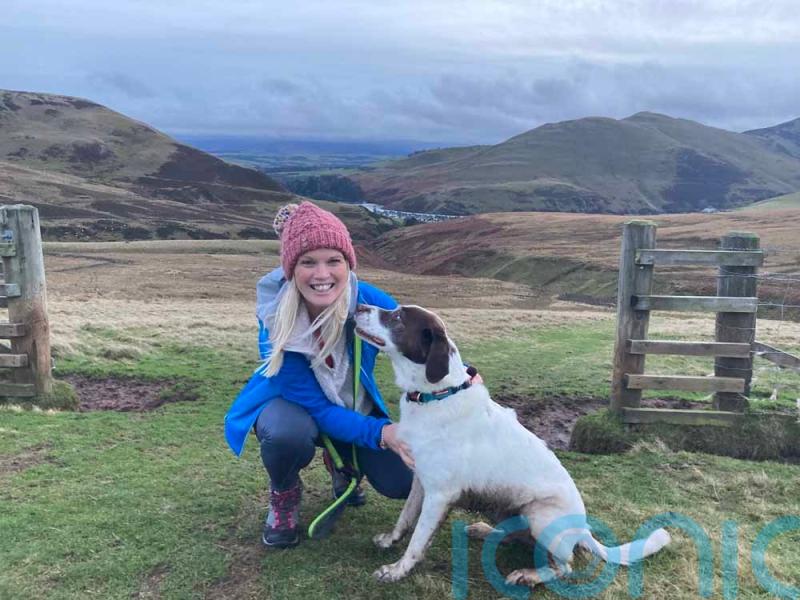 A mum who was left stranded with a fractured back after being thrown off a frightened horse was rescued thanks to a location app pointing paramedics to where she was.

Rachel Moyes, 41, an occupational therapist and fitness business owner, was trapped on the ground, in agony and unable to move, in an outdoor riding arena near an isolated barn.

Unsure where she was, she managed to reach her mobile phone that was tucked into her riding boot and used the what3words app to guide paramedics to her location after she fractured four vertebrae in the fall in June 2022.

Rachel, who lives in Midlothian, Scotland, with her partner, Gordon Cooper, 45, her two children, Patrick, 20, and Oliver, eight, and Gordon’s children, Daniel, 18, and Amy, 10, said: “There was nobody around when I fell and no one would have heard me if I shouted.

“I was completely stuck.

“It was only by chance that I had what3words on my phone, so an ambulance was able to come and rescue me.” 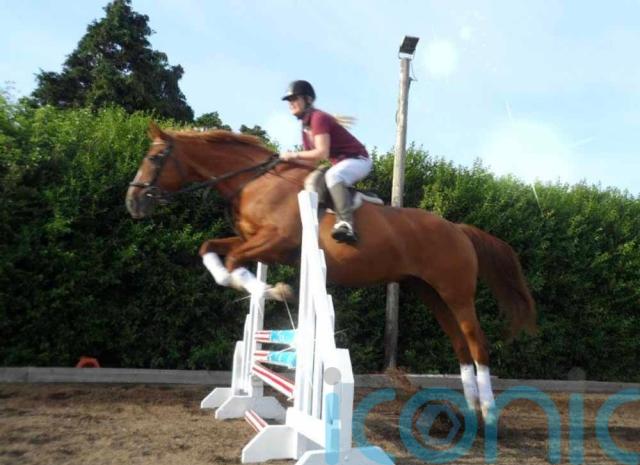 Rachel had been riding horses for most of her life when the incident occurred.

She said: “I didn’t have traditional lessons, but I just loved horses as a kid and there were a few horses close to where I lived.

“I used to go up and pat them and, aged 10, the owners started to let me get on and ride them.”

She added: “I bought my first horse aged 20 and have had horses throughout my adulthood until eight years ago, when my last horse died.”

Since then, Rachel has been riding horses owned by people she knows in her local area.

She said: “I’m quite busy day to day so, while I used to ride twice a day, I now only ride about once or twice a week.” 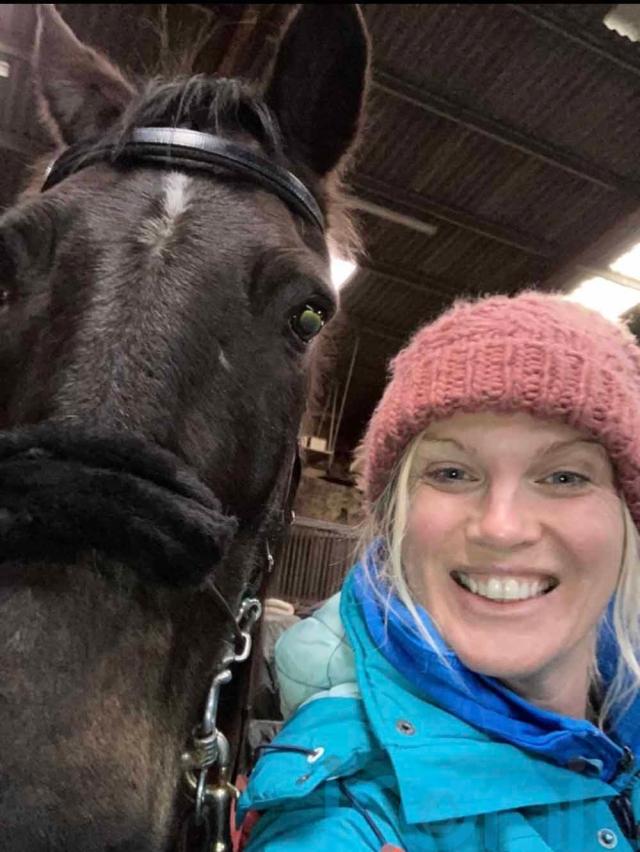 She added: “My friend has a farm just down the road and she gets me to go down and do exercise and bits and pieces with the horses.”

She said: “He was a very frightened horse who was nervous of people and new situations so I spent a lot of time just on the ground doing some training exercises.”

Rachel added: “We were at an outdoor riding arena next to the barn which was across the road and a couple of fields over from the farm and I thought he seemed ready for a ride.”

And Rachel admits that what happened next was a mistake.

She said: “I knew that he didn’t like people getting onto the saddle from the ground because it pulled on his back slightly but I’d left the stool over at the farm and didn’t want to go back for it.

“We’d made such good progress that I thought he’d be fine, which he wasn’t, and it was completely my fault.”

Putting her foot in the stirrup, Rachel lifted herself up onto the horse.

She said: “I think my bum touched the saddle for about a second before he bucked and threw his head down to the ground, sending me flying.”

Rachel landed on her back on the sand floor of the arena with the horse standing over her.

She said: “I panicked and tried to shuffle myself away from him but that’s when the sharp pain sunk in.

“It spread across my lower back and it hurt too much to stand or move.”

Trapped on the ground, Rachel reached for the phone tucked into her riding boot.

She said: “It was pure chance that I’d placed it in there – normally I would leave it at the farm or place it on the fence nearby.

“If it had been anywhere else, I would have been stuck as I couldn’t move myself off the ground.” 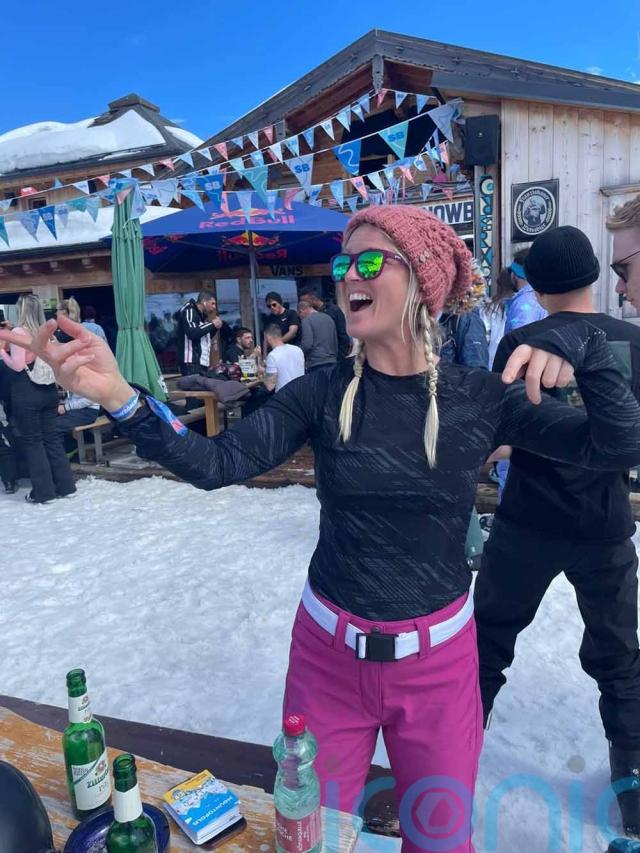 But phoning for an ambulance, Rachel struggled to explain her location to the operator.

She said: “I realised that I didn’t know the name of the farm, I just knew it as the farm down the road.

“I told her the name of a local cemetery but she couldn’t find it and then I tried a local street name but it wasn’t coming up either. Then she asked me if I had the what3words app.” 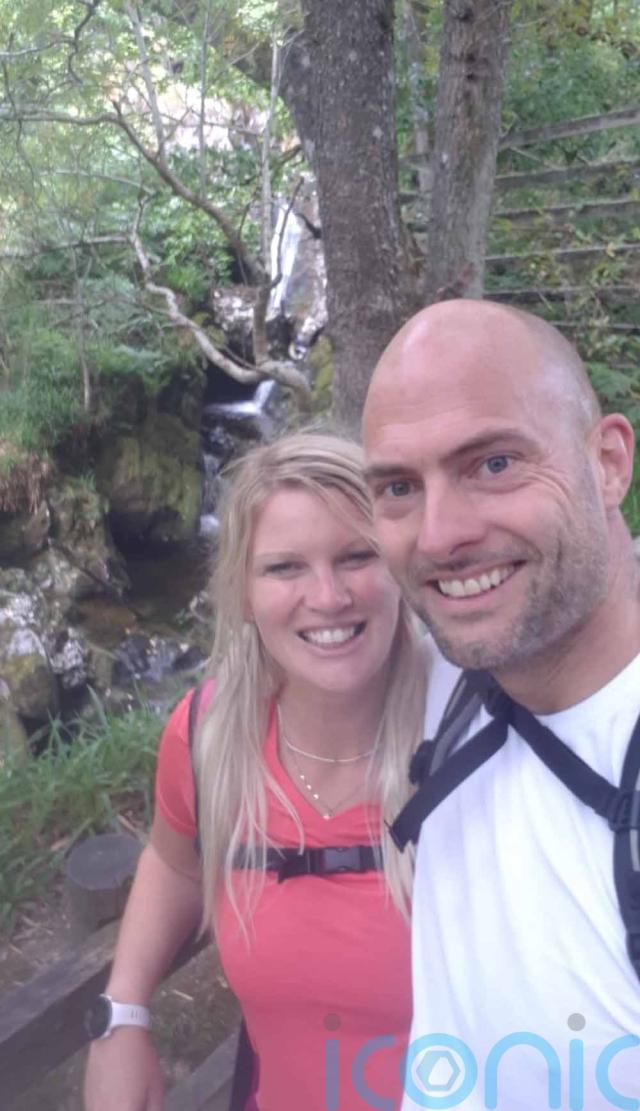 Searching through her phone, Rachel could not recall if she had the app, which has divided the world into 3 metre squares and given each square a unique combination of three words, allowing each location to be pinpointed.

She said: “I had definitely downloaded it before, because I’d seen a friend using it and I had wanted to find out my house location code but I wasn’t sure if I had deleted the app.”

Luckily for Rachel, the app was still on her phone and, using the what3words location address, parsnips.risen.bulky, paramedics were at her side within 20 minutes.

Rachel said: “I texted Gordon while I waited for paramedics and he rushed from work to be by my side as the ambulance arrived.

“I was taken to the Royal Infirmary hospital in Edinburgh where doctors told me I had fractured four vertebrae.

“I could only lie flat while they checked me over and I was in hospital for five hours before being sent home with painkillers which I stopped taking after four days.” 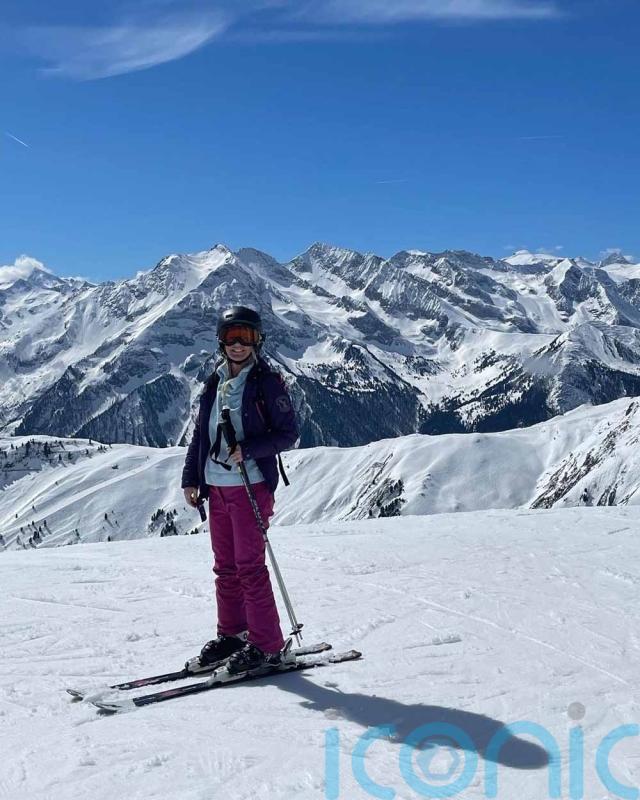 Since then, she has been recovering at home and, with weekly physio and daily exercises, will make a full recovery.

The incident has not put Rachel off her lifelong passion.

She said: “I used to do showjumping so I’ve had a few bad falls but I’ve never broken a bone or suffered an injury like this before.” 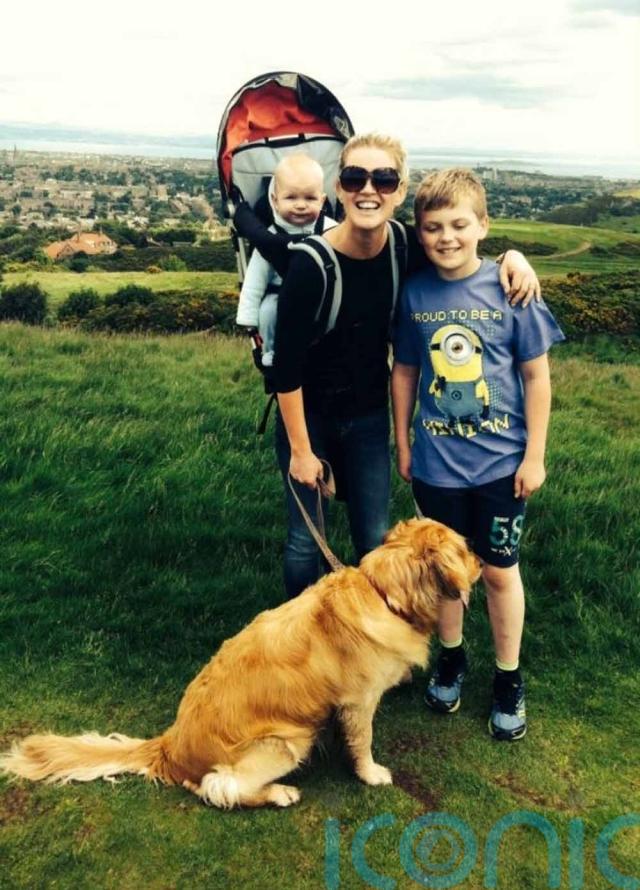 She added: “It hasn’t put me off horse riding though. I haven’t been back on a horse since as I’m waiting a few more weeks to recover but I’m planning to go down to the farm in a couple of weeks just to see the horses.”

But she realises she was lucky and said: “I’ve told all my friends to download the what3words app because I honestly don’t know what I would have done without it.

“I’d have been left stranded indefinitely until someone found me.

“You never really think that stuff like this can happen when you are doing things that seem ordinary.” 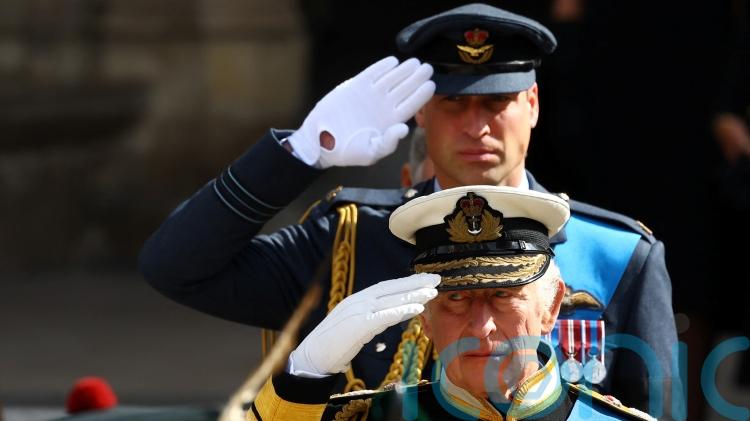