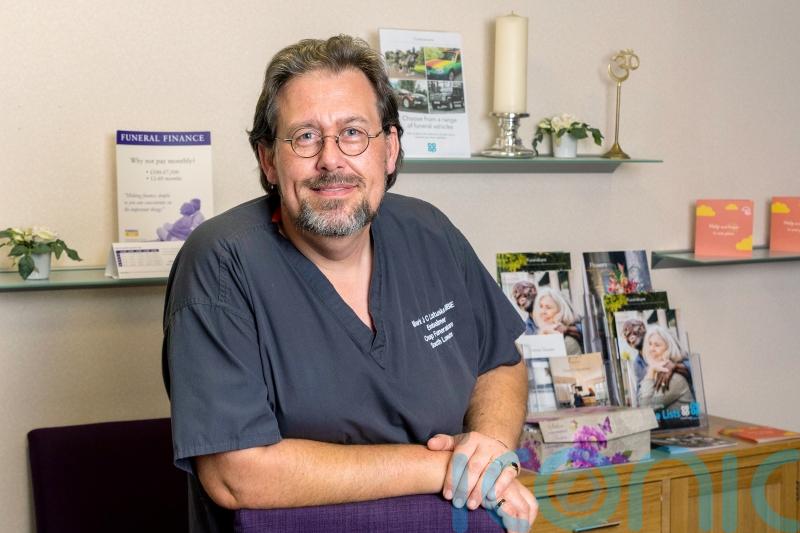 A former Metropolitan Police officer who was inspired to become an embalmer when he viewed his grandfather’s body says one of his most satisfying moments came when a widow said she wanted to “slap” him.

After decades of chasing criminals in London and across the globe, father-of-three Mark Latuske, 54, put himself through “mortuary school” and qualified as an embalmer in 2008, finding a special interest in the field when his mentor at work got him more involved with preparing bodies.

Mark, who lives in Horley, Surrey, with his wife, Selina Latuske, 54, who runs a doggy daycare business, said: “One moment that’s always stuck with me was when I was looking after an elderly lady and her deceased husband.” 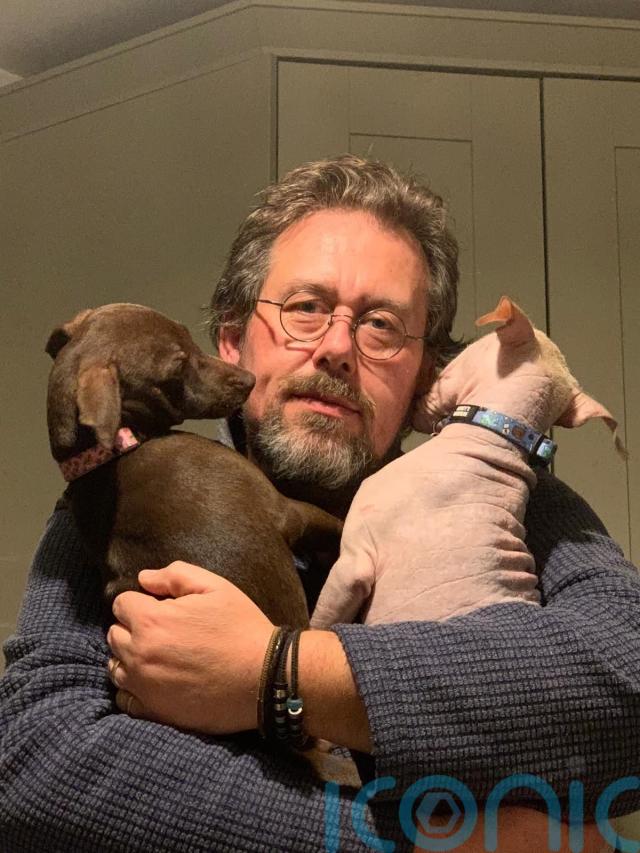 He added: “After having him in my care, I invited her for a viewing to make sure the job matched her expectations.

“She looked at him and then at me and said, ‘I’m so cross. I could slap you right now. He looks better than he ever has, I don’t want to leave him now!’

“That’s the kind of reward you aim for, that makes all the hard work feel worth it.” 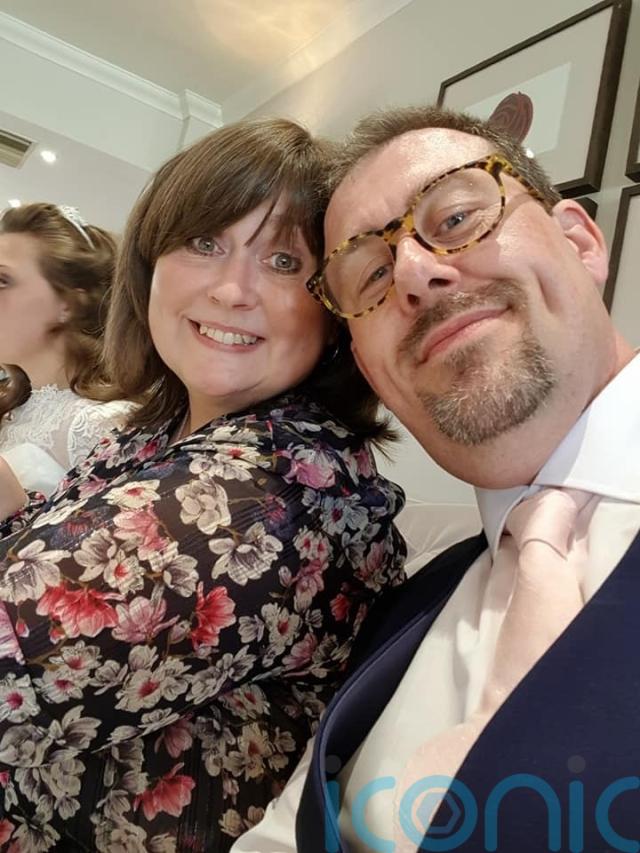 And Mark sees dealing with the deceased and their loved ones as the “utmost privilege.”

He said: “As a police officer, you deal with sudden deaths in cases where people have lost their lives through suicide, road traffic accidents or illegal means and you do learn to deal with it.

“I’ve never been particularly squeamish and have a strong constitution.” 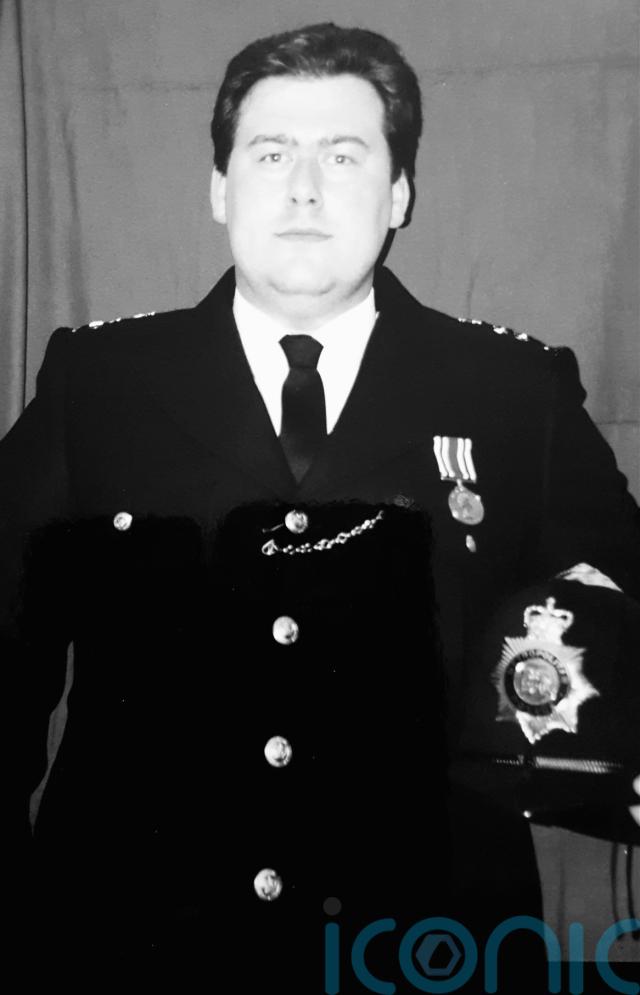 He added: “I suppose I learned that in the police and it led me to the job I do now. I also learned how to deal with families in situations that are often the worst events of their lives. There are definite parallels.

“But I wanted this final chapter of my working life to provide support to other people.

“For me, it is the utmost privilege to be able to look after the deceased who can no longer look after themselves and have been entrusted to you by their family.”

Mark, who now works as an embalmer for Co-op Funeralcare at two bases in South London, says his childhood dream was to be become a police officer.

He said: “My father always wanted to be a police officer but didn’t do it. I decided to give it a go and loved every minute of it.

“I spent nine years as a humble police constable from 1988 to 1997. Run of the mill beat bobbery I always say. But I loved it and worked across South London in a variety of stations. I saw a real slice of life – the good, the bad and the ugly.” 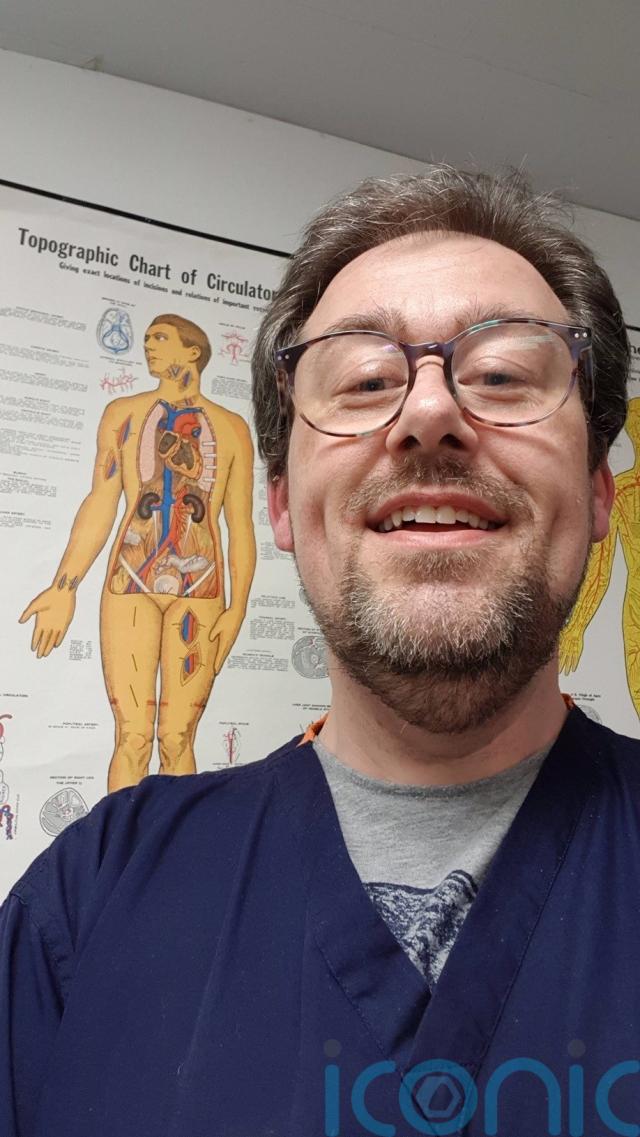 Then given the opportunity to “swap the stainless-steel handcuffs for the golden ones,” he was invited to apply for a job hunting out criminals of a specific kind ,by working in financial crime for the banking sector.

Going on to spend over 10 years working in the industry across the USA, Russia and Poland, he then decided at the age of 47 to move into the funeral business.

He explained: “I first got the idea when my grandad passed away in 1992.” 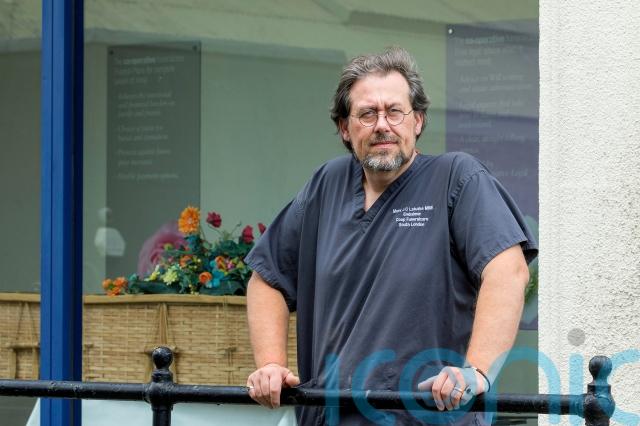 Mark added: “He did look peaceful, but I thought I would have done this or that to make him look more restful and it initiated a spark.

“So, when my career in financial crime came to a close, I thought I’d become an undertaker.

“That gave me my first foot in the funeral services business. I’d be driving hearses, working on funerals, working with coroners and removing the deceased from homes and hospitals.”

But when three years in he became more involved with preparing bodies, he realised that embalming was his true calling.

He said: “It can be hard and some cases are more challenging than others. But, for me, it’s just incredible to be able to make somebody look peaceful.

“The last time their family saw them they may have been in intensive care with loads of wires and beeping machines. Or it may have been when they identified them.” 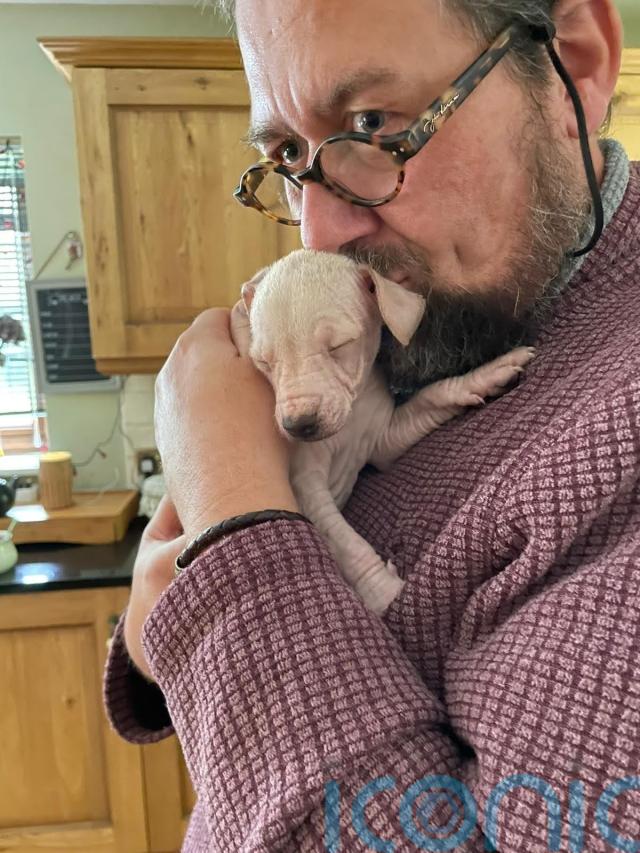 He added:  “It’s the ultimate reward for me when someone says I’ve made their loved one look like they are just asleep. It can bring real closure.”

And his role means he still works on “the same beat” and deals with the police and victims of crime.

He said: “Working in South London, we do have people who have been victims of crime and lost their lives in very tragic circumstances. Often they’re only young and it’s very distressing.” 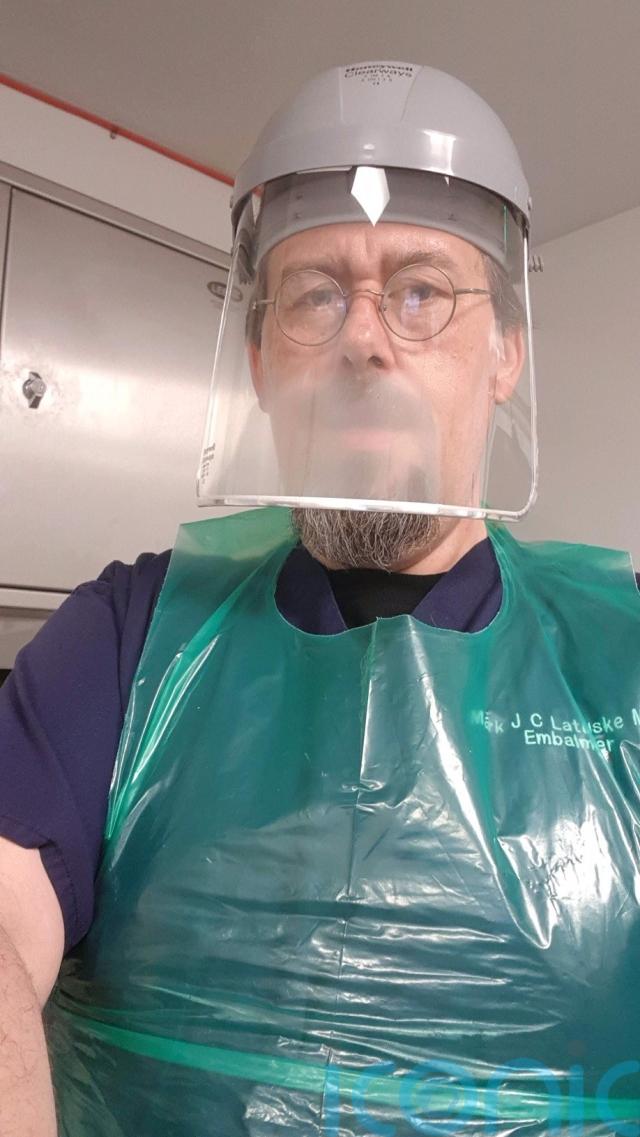 Mark added: “In those cases we liaise with the police all the way through. But my focus is primarily the family.

“Most of these people leave behind traumatised families that never expected to be in the position they are in.

“I think it is incredibly important to meet the family and explain to them, in simple terms, how their loved one will be cared for, what to expect around viewing of the body and its condition.”

He added: “With people who have lost loved ones suddenly, it’s sometimes a case of being able to see their loved one after I’ve prepared them and this actually allows them to believe it’s happened.”

Mark, who has three adult children as well as 10 dogs, eight sheep and 50 chickens and ducks on what he says is “a bit of a small holding” in the countryside, finds being able to return to his animals allows him to decompress from the emotional demands of his job.

He said: “I can go home and be amongst my veggies and the animals and it gives me respite.” 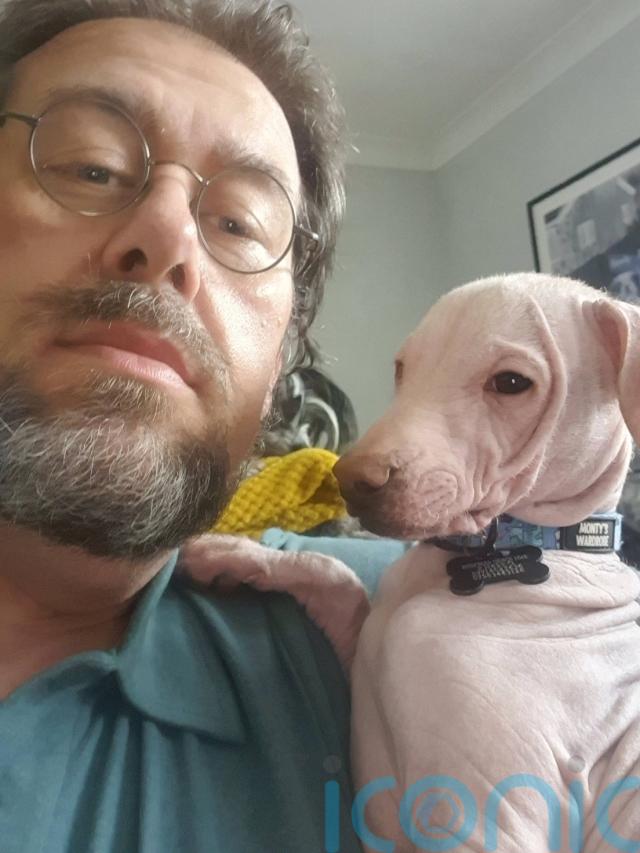 This was particularly valuable during the pandemic, which proved especially challenging.

He said: “Embalmers are just normal people who do an unusual job in sometimes difficult circumstances.

“The pandemic was really difficult, because we couldn’t do a lot of the things we wanted to do.” 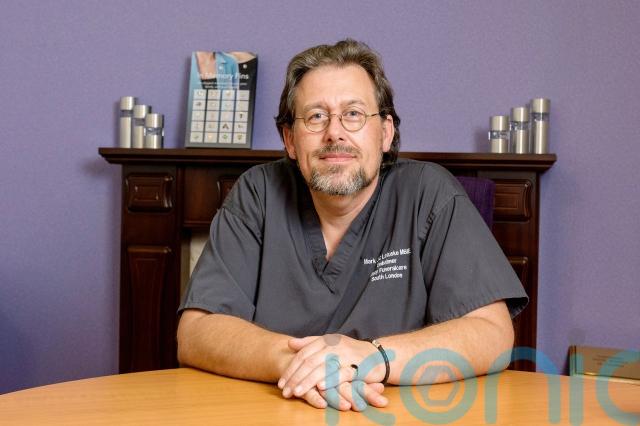 Mark added: “There were so many restrictions around who could visit their loved ones and when, so much to consider in terms of risk of infection and then the sheer volume of people passing away.

“I know some embalmers who still haven’t recovered from it.”

Looking back on his incredible career, Mark has no regrets.

He said: “I always liked a new challenge and I’m so glad I got to learn some new things.

“I suppose I am proof you can teach an old dog new tricks.

“I will never look back and say, ‘I wish I’d done this or that.’ I’ve done it all and it worked out.” 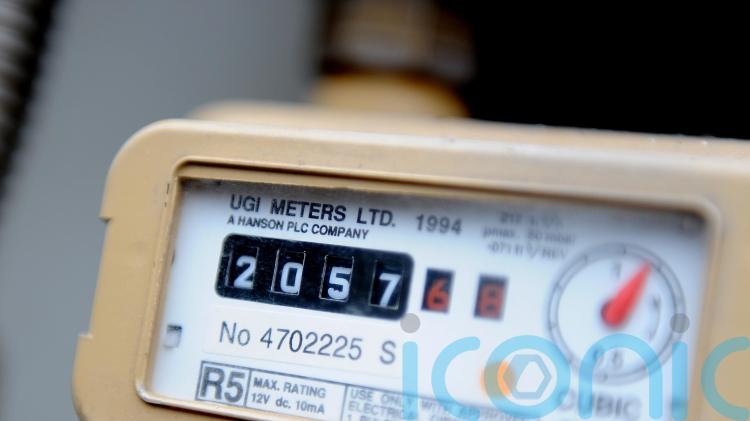