VIDEO: This paralysed cat wears a nappy and is the feisty boss of her house 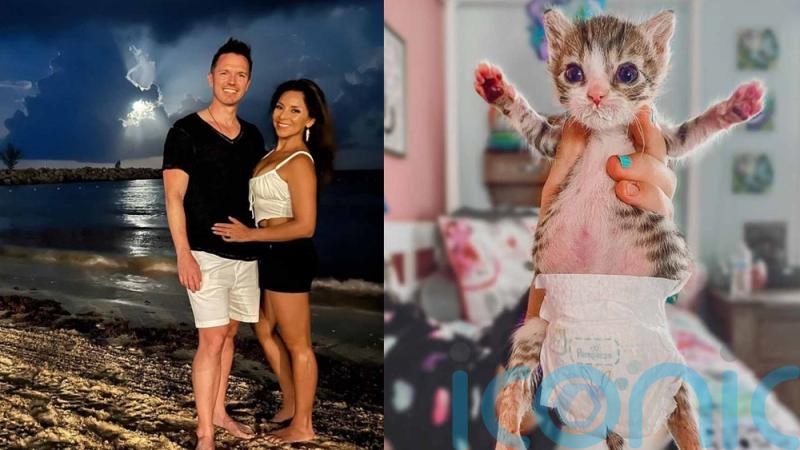 A paralysed cat who wears a nappy and uses her front paws to get around has become a viral sensation with 73 million video views after she was rescued at two weeks old.

Aoife, a two-year-old tabby cat, boasts 59k followers on Instagram and her owner, Sabrina de Matteo, 45, said the feline has “stolen the hearts of millions of people”.

Sabrina, a fitness and wellness coach, has to manually empty the cat’s bladder and bowels twice a day but hopes her videos show that a disabled cat can have a good quality of life after she took in Aoife during the pandemic in November 2020.

Sabrina, who lives in Los Angeles, USA, with her husband, James, 40, also a fitness and wellness coach, and their six cats, said: “Through the videos, people have been able to see just how loved and well looked after Aoife is.

“There are some people who say that it’s cruel to keep her alive but to that I argue why? Because she is disabled?

“Aoife is not in pain – she is very happy. You just have to look at the videos to see that.” 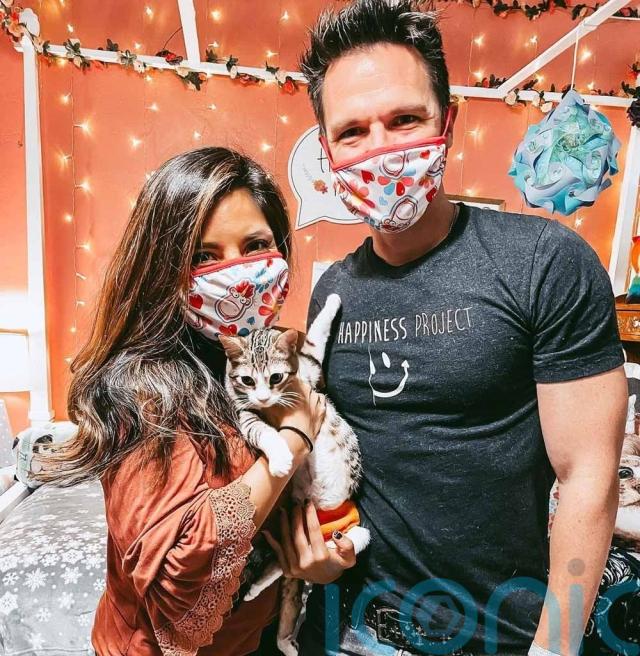 She added: “Her needs may be different than other cats but her life has worth.”

Despite playing mother to five other cats, Sabrina says Aoife has settled in well at home.

“Aoife has a hilarious, fun and feisty personality and she is definitely the boss of the house,” she said. 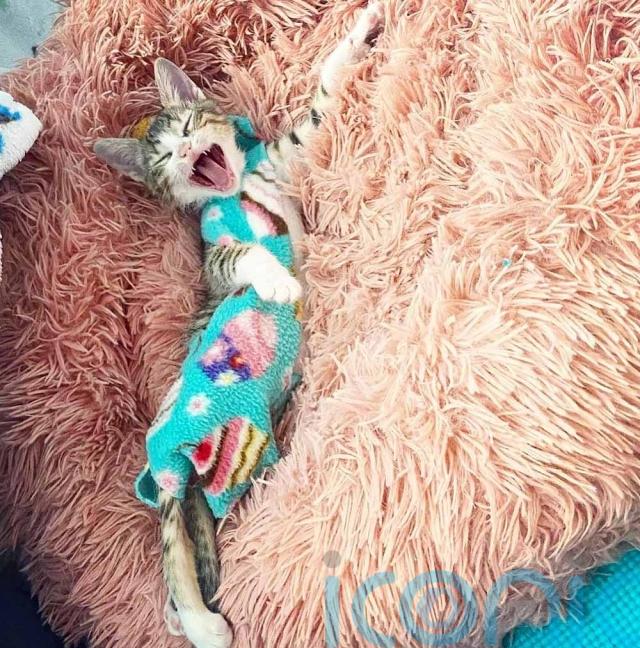 She added: “She has a very loving home and life.”

For Sabrina, who has always been a cat lover, adopting felines in need became a habit she could not break.

“We already had two cats, Pebbles and Kevin, but we found Sofia on an animal shelter’s webpage in May 2019 and just fell in love,” she said.

“She was a calico cat with a suspected broken leg who needed a home, so we brought her in.

“Then, Ellie Mae was found in the hood of a car and brought into a shelter, and we fell in love with her too, bringing her home in November 2019.” 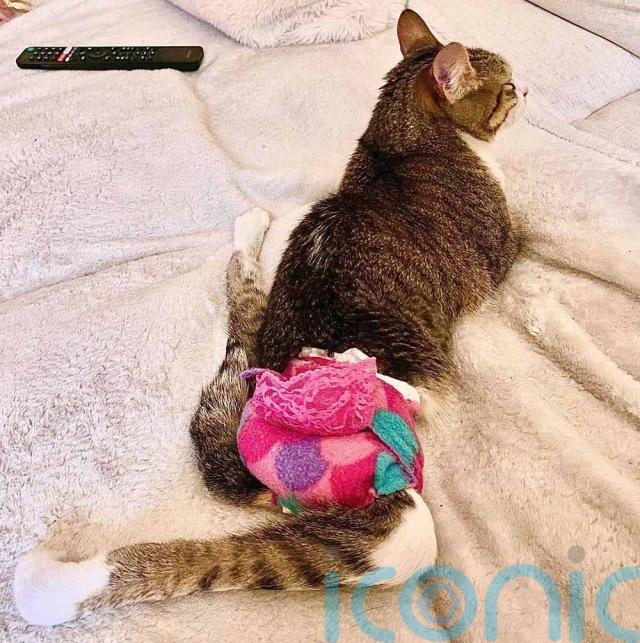 She added: “She was so dirty that the shelter workers thought she was grey until they washed her, and it turned out she was white.”

After that, the couple adopted Peter, a grey long haired cat, during the pandemic.

“My husband and I were stuck at home like the rest of the world,” said Sabrina. 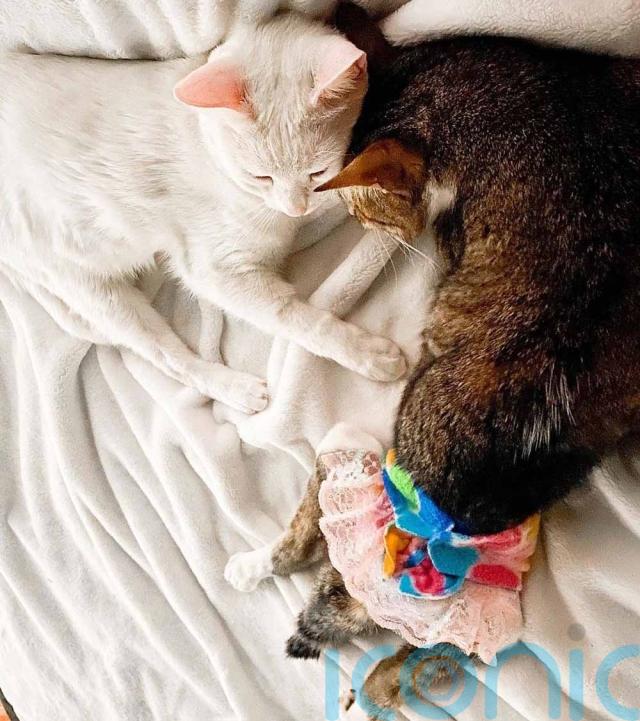 She added: “We found Peter on Instagram. We just thought he was really cute and he became a Covid baby.”

But in November 2020, James and Sabrina’s heartstrings were pulled again when she came across another cat in need on an animal rescue’s Instagram page.

Aoife was a tabby cat, just a couple of weeks old when she was found as a stray. 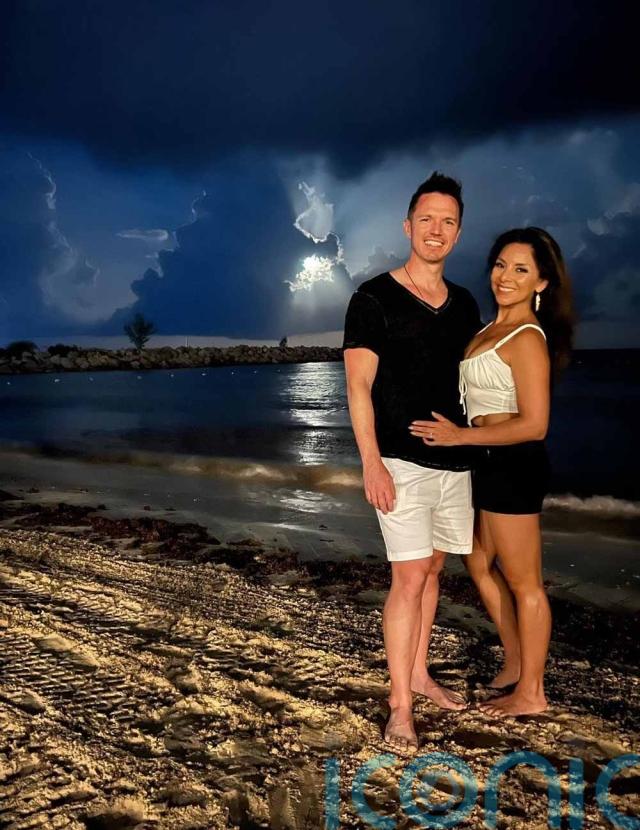 “Her lower half is completely paralysed which means she can’t use her back legs,” Sabrina said.

“We don’t know how she became paralysed but we hope she was born that way.

“She was two weeks old when she was first found and it’s a miracle she’d survived that long without help.”

Determined to give Aoife her forever home, Sabrina and James spent two months working with Aoife’s foster mum to learn how to properly take care of the disabled cat.

“We put in a lot of work to make sure we were fully capable of taking good care of her,” Sabrina said.

“Because of her paralysis, she is unable to use the litter box so she wears a diaper and we have to manually express her bowels and bladder twice a day.” 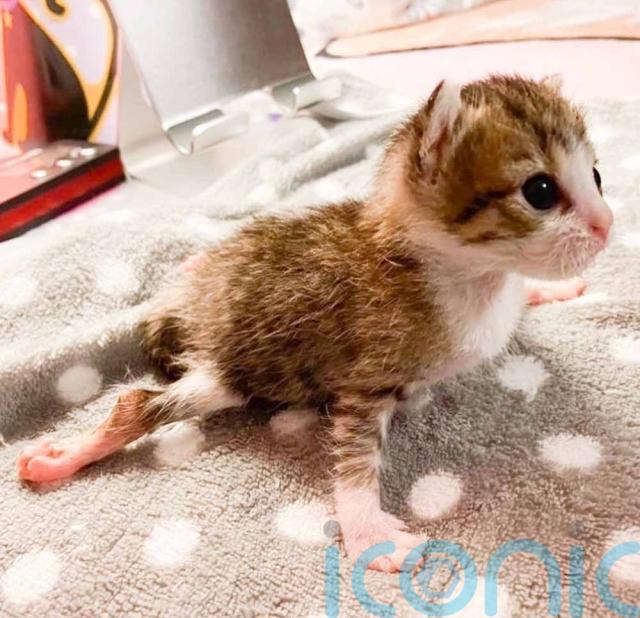 She added: “At first, I didn’t think I’d be able to do it but, with practice, it’s second nature and only takes a few seconds at a time to do.

“We just fell in love with that little kitten and were willing to do what it took to bring her home with us.”

Once in the morning and once in the evening, Sabrina lays food out on a specially built changing table to distract Aoife while she presses down on her belly. 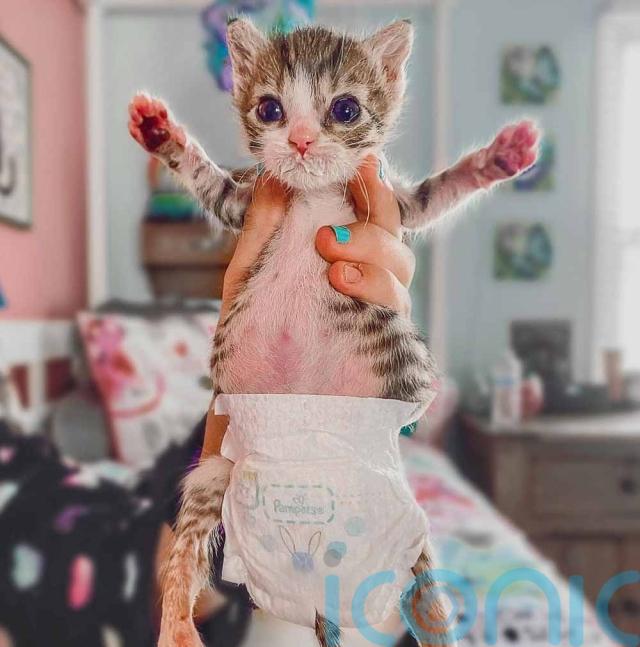 She said: “Aoife has no feeling in her belly so it doesn’t hurt her. You can actually feel where the poop is and you just press down to push it out.

“It’s not as gross as you may think, it’s no more gross than another cat using a litter tray. It’s just a routine task we need to do for her.”

But Sabrina says she felt the weight of responsibility when Aoife was first brought home. 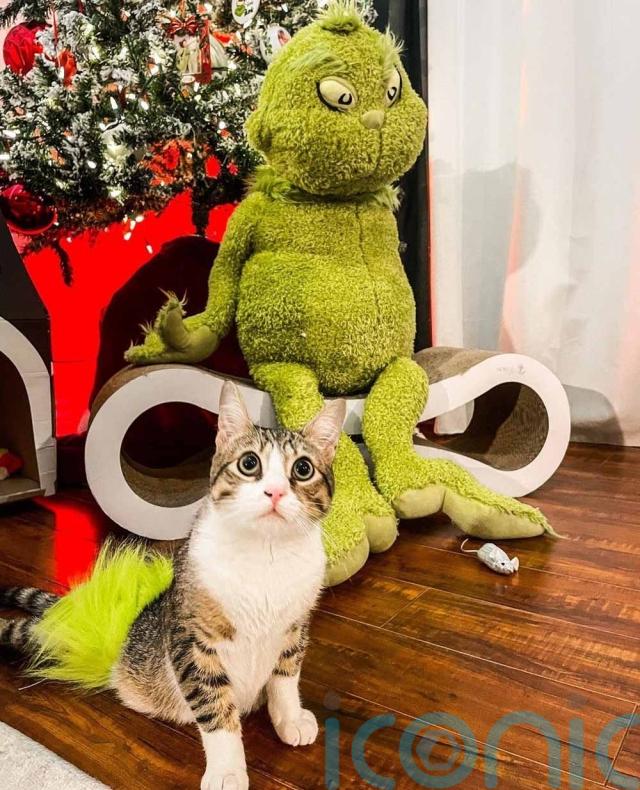 She said: “Her foster mum already had a following on social media and there were people who were following along with Aoife’s journey.

“Some of them were annoyed that Aoife had even been allowed to be adopted as they were sceptical as to whether James and I were capable. 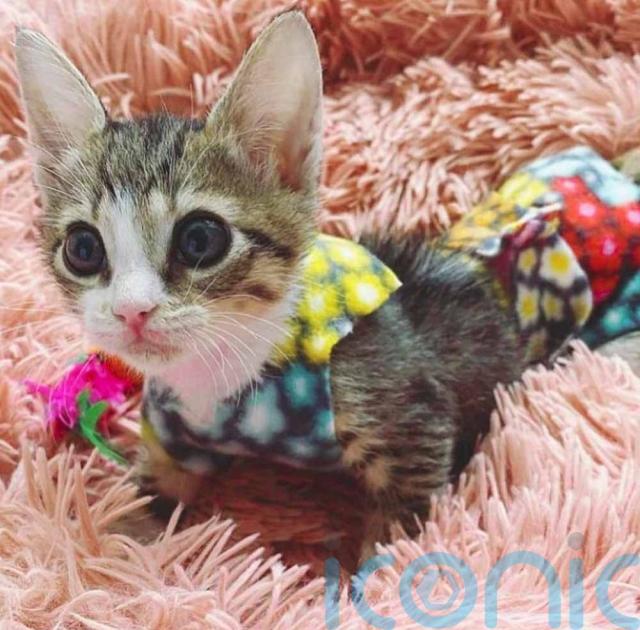 Setting up Aoife’s own Instagram, @purrfectlyaoife, Sabrina started to document the cat’s life at home.

“It’s incredible that so many people are getting to be part of Aoife’s journey,” said Sabrina. 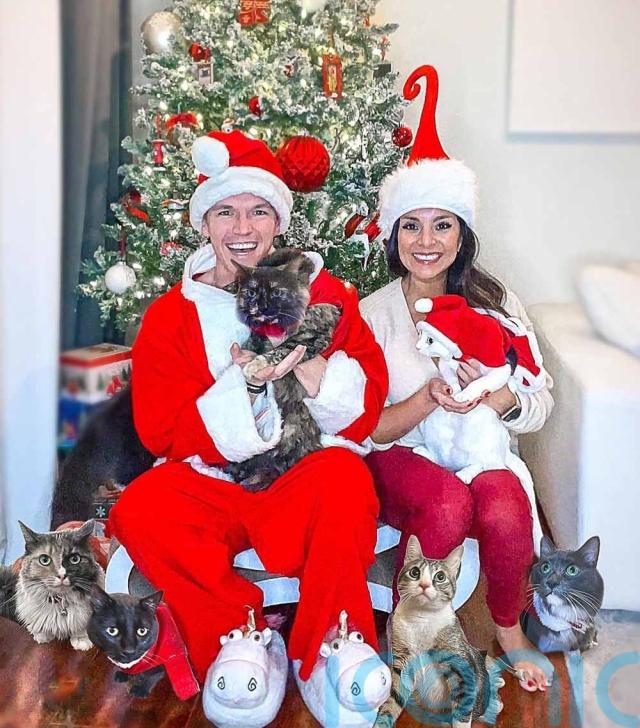 She added: “She’s a very special cat and we could not imagine life without her now.

“Not only has she stolen our hearts but also the hearts of millions of people.”

She added: “I never expected that so many people would see the videos of Aoife that I started making after bringing her home.

“Seeing the nice comments from people who love watching her makes my day.”