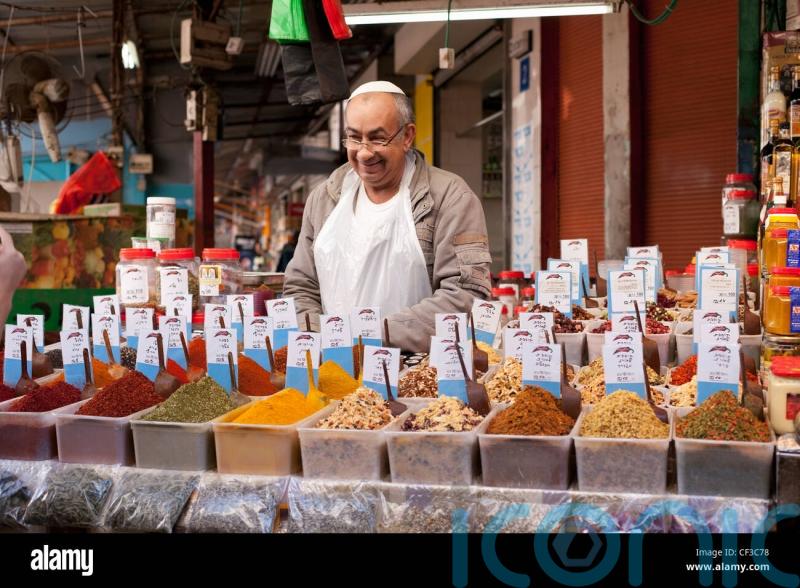 After almost two years, Israel is welcoming hungry travellers back with open arms and wide grins.

Experimentation, variety and excitement best describe its expansive food scene, which straddles culinary influences from a multitude of countries, religions and cultures.

A relatively young country, Israeli cooking isn’t so constrained by rules, which makes it incredibly exciting, offering new twists on old classics and plenty of vegetarian, vegan and gluten-free options.

Its street food scene is exploding, and many restaurants are now opening more informal venues to capitalise on this laid back, off-the-hoof way of dining. 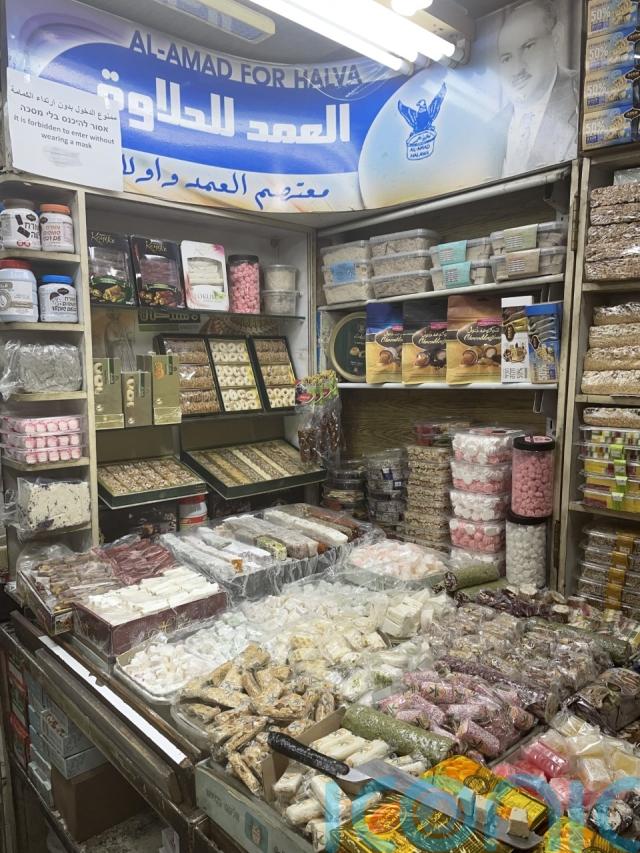 In the Arab Souk in Jerusalem’s old town, you can find Stations of the Cross carvings nestled alongside stalls selling hot pink cauliflowers and mounds of zaatar.

Al-Amad for Halva is the perfect place to try halva – a sesame based sweet treat which melts in the mouth. The family recipe has been passed down for more than 100 years through four generations.

For a savoury snack, hummus is traditionally eaten in the morning or for lunch, and locals say you won’t see a good hummus eatery serving the dish past mid-afternoon.

The no-frills Arafat hummus will not disappoint – perch outside the stall and mop it up with fresh pitta, pickles and raw onion halves if you dare. Don’t go too late in the day though, because it only stays open until the hummus runs out.

A short walk from the old city is Machane Yehuda, an open-air and covered market boasting everything from stuffed baked potatoes to a fromagerie. There’s a great energy here and Thursday nights are the most lively. Grab a drink and watch vendors turn food prep into a performance – tossing bread impossibly high into the air to the beat of the music.

In cooler months, try sahlab – a warming desert spooned from a small cup, made from milk, cornflour and rosewater, and topped with pistachio, coconut and cinnamon. 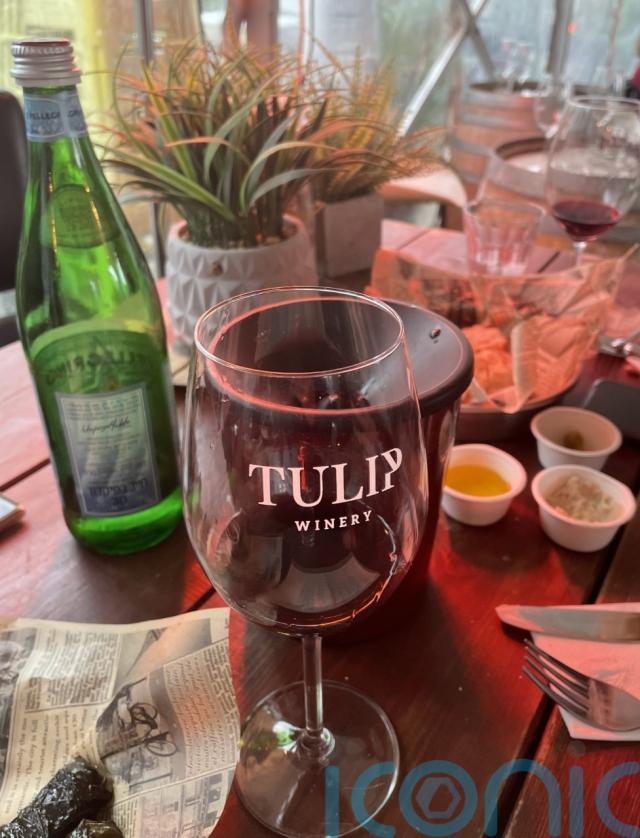 Tulip winery (tulip-winery.co.il/en/), in the hillside village of Kfar Tikvah, is one of more than 300 wineries that have sprung up across a country roughly the size of Wales.

It’s not unusual to see 400 to 500 people trying the wine on a sunny spring evening. There’s a veritable downpour when we turn up, but this hasn’t dampened the atmosphere.

We tuck into fresh crudites, dips, bread and cheeses – all sourced within 15km and washed down with six wines, featuring unusual grape blends such as the Gewurztraminer and Sauvignon Blanc combination in the Tulip White 2016 vintage.

The only beverage they sell other than wine (all kosher) is water. Owner Roy Itzhaki, who grew up in a wine-loving family, explains: “The wine is the king, that’s the concept, everything else is supporting the king.”

The winery gives work opportunities to people with mental health and learning disabilities from the local community, also known as Village of Hope. It has grown rapidly and now produces 350,000 bottles a year, employing 45  villagers.

3. Break bread in the Yemenite valley

In Ein Kerem, a village west of Jerusalem, shepherdess Efrat Giat invites tourists into her family home to learn some secrets about Yemenite cooking.

Guests are welcomed into the bright kitchen overlooking the valley slopes with a tea spiced with cloves, cinnamon, ginger and cardamom, and homemade biscuits with pomegranate jam.

The family have a herd of goats – each has a name and Efrat’s five children help with birth and milking (the six females produce a litre each a day).

She teaches us how to make kubaneh – a  slightly sweet dough enriched with butter, folded into multi-layered rolls and baked to fluffy perfection – and lahoh, a loose batter that is fried in a pan until it resembles a kind of flat crumpet.

We spoon a spicy salsa called zhug – made of coriander, garlic, tomato and chilli – and cream cheese with olive oil onto our breads, as Efrat tells us stories about the valley and the Jewish settlers who have made it their home. 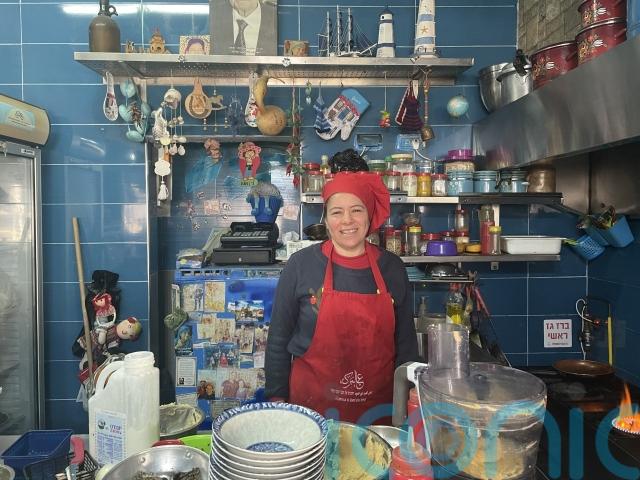 Known locally as the blue restaurant, Hummus El Abed Abu Hamid is a traditional Arabic eatery on the seafront in the northern town of Akko, perfect for Shabbat (Jewish day of rest) when kosher restaurants shut down.

Many of the dishes are flavoured with baharat – a spice blend made of cinnamon, clove, nutmeg, English pepper, cardamom, ginger, black pepper and turmeric.

Owner Areen’s goal is to serve up food that wouldn’t be out of place on the average Arabic family table on a standard weeknight.

The restaurant is named after her father, who died before she opened it. His photo rests above the open kitchen bar.

A highlight is tridi – yoghurt with garlic, chickpeas, flaked almonds and parsley poured over crunchy fragments of pitta and topped with sizzling hot ghee. The yelangi – lemony vine leaves stuffed with tomato, onion and parsley, is also delicious.

Afterwards, wander through the labyrinthine streets of old Akko and browse the Kurdi spice shop run by Areen’s husband Marwan. It has everything from Madagascan cinnamon to cardamom from Kashmir. 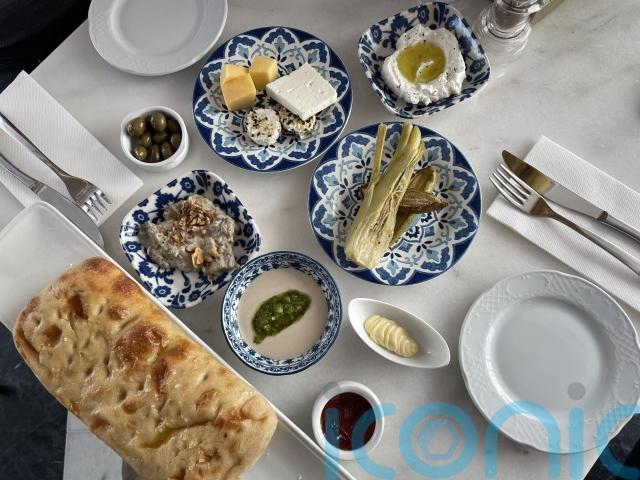 People come far and wide to join hotel guests at the Brown Beach House (brownhotels.com/beach) in Tel Aviv for its glorious breakfast feast.

Diners sit down to a smorgasbord of foccacia, tahini,  labaneh, artichoke, olives and cheese.

Only then do they tuck into the dish they’ve ordered from the a la carte menu – offering everything from shakshuka with sweet challah bread, to a purple twist on eggs Benedict with beetroot toast.

To start the day like a true Israeli, try their green salad with chicory, sliced apple, walnuts, dates and creamy white Buche cheese, or a selection of market vegetables with honey labeneh and fresh oregano.  You’ll be full ‘til dinner. 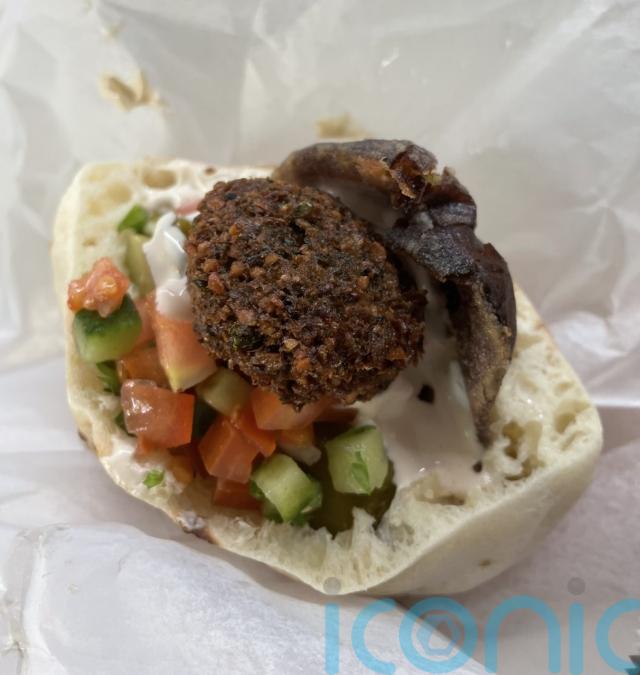 Hakosem (falafelhakosem.com) – Hebrew for The Magician – has been open for 21 years and is a true favourite with the locals.

The falafel are unlike anything you’d get in a supermarket – dark, crispy and fried on the outside with a soft fragrant middle, green from the fresh coriander and parsley.

The best way to devour them is with onion, garlic, tahini, salad and another speciality – silky fried aubergine – stuffed into the fluffiest of pittas.

Owner Ariel Rosenthal sees it as a spiritual food that can bring people together. He says: “I think when you eat a nice hummus or falafel, you remember it all your life.”

Wash it all down with rimonada – fresh lemonade with pomegranate.

Travelink UK (travelinkuk.com) offers a seven-night holiday at the Crowne Plaza Beach Hotel, Tel Aviv from  £1,279 per person (two sharing), including breakfast, transfers and flights with Virgin Atlantic from Heathrow. Based on a May departure.