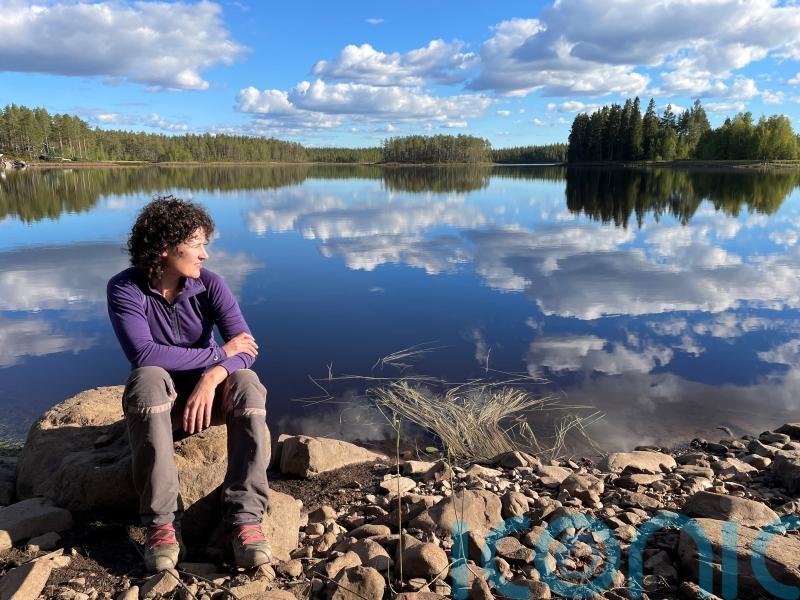 What would the oldest tree in the world look like? A sprawling oak with broad boughs and a gnarly trunk; a towering redwood soaring as far as the eye can see; or a spindly Norwegian spruce whose balding branches are the only outward indication of advancing age.

Confronted with 9,550 years of ancient arboreal history, I must admit, I’m slightly underwhelmed. A solitary stalk on a vast mountain, I couldn’t imagine this tree weathering a gentle breeze, let alone the turbulent passing of time.

But despite its weedy stature, Old Tjikko has become a strong attraction for Sweden’s Fulufjället National Park. 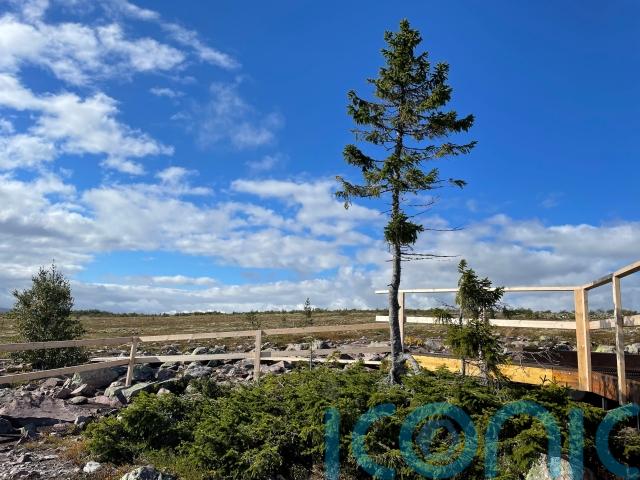 “We receive almost 100,000 visitors a year,” says Maria, a guide at the park’s Naturum information centre.

“Of course, what’s above ground is only a clone, but it’s the root system that’s measured,” explains Maria, registering confusion and doubt in my expression.

Regardless of its size, the tree is part of a much grander primordial landscape. Fulufjället mountain is one of several peaks rolling through the region of Dalarna, a four-hour drive from Stockholm on the border with Norway. Although relatively unknown to Brits, the county is a childhood favourite for nostalgic Swedes, and hiking nations who’ve cottoned onto the fact there’s more to Sweden than northern lights and city breaks.

To get a feel for the area, I start my trip in Orsa at Smidgarden (smidgarden.se; £100 per night for two), a resort of wooden chalets favoured for its forest hiking trails outside of the snowy cross-country ski season. The scene is a bucolic one: tractors laying idle in dairy farms, red wooden houses reflected in the perfectly still lakes and squat ponies grazing in sloping pastures – mimicked by the painted wooden Dalarna horses decorating so many windowsills.

Perched on a hillside, my mezzanine cottage overlooks a patchwork of rich greens and watery iridescent blues. Blankets hang as curtains in the windows, above cupboards painted in folkloric designs.

At night, I grill salmon over a barbecue and in the morning I infuse my tea with fresh mint from a vegetable patch. The smell of burning wood drifts from a subterranean sauna, intensified by the crisp, biting air.

The surrounding forest is tinged red with the first scarlet flames of autumn, blueberries burst from bushes and mushrooms sprout from the moist, cool soil.

There’s a stillness bestowed by the pause between seasons, a slow farewell to summer before winter takes grip.

Even more dramatic are the forests of Fulufjället, Old Tjikko’s home. A two-hour drive from Orsa, it’s tangle of ferns, fallen trunks and marshlands could rival the temperate forests of British Colombia or Alaska for beauty.

Seeking true isolation, I take a 6km hiking trail from Naturum to the Rösjöstugorna overnight cabins and campsite, passing the famous tree and Sweden’s tallest waterfall along the way. 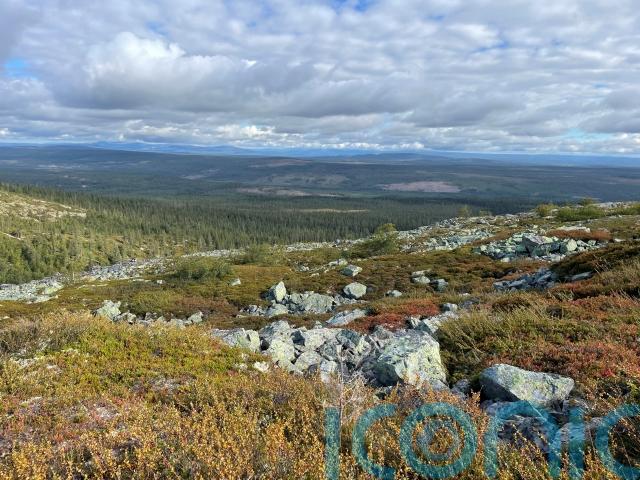 Gaining elevation, I climb over an ankle-twisting assault course of dusty-pink boulders and float through clouds of lichens that froth like sea foam. Lemmings scurry erratically beneath a final stretch of boardwalks, while red-eyed grouse parade majestically across my path.

Tommy Lönnebacke operates the cabins and campground as a concession leased from the park.

Dressed in a beanie and wearing thick socks and a pair of Crocs, I find him chopping wood for the sauna. Below a thick beard, a dark tan hints at a long summer spent outdoors. 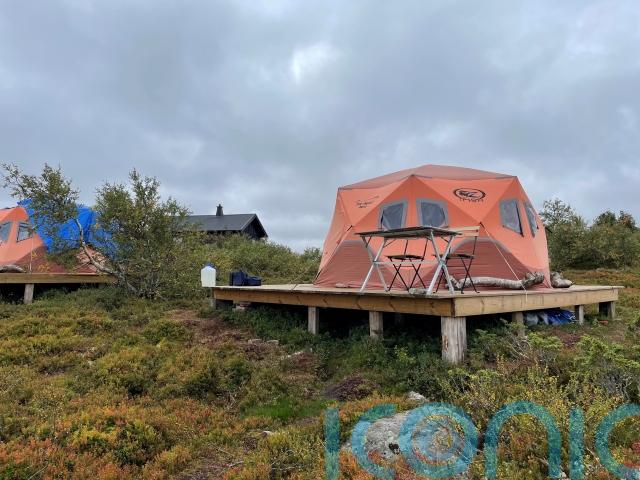 “That’s the best fisherman around here,” he says, pointing to an osprey flying above the lake, where, he insists, species of trout and char have been thriving since the ice age.

Tommy gives the impression very little changes on the mountain, where he’s seen evidence of bears stopping to feast on blueberries in October, before heading into dens for their long winter sleeps.

“This was one of the best fishing camps in the 1950s,” he says, leaning into a creek to check the water temperature on a thermometer dangling from a pontoon.

After a sauna and very brisk dip, I cook in a kitchen kitted with electricity but no running water – that all has to be collected in buckets from the creek. Any food I have was carried up the mountain in my backpack and any waste carefully separated into composts and recycling bins.

My shelter for the night is one of two Ice fishing tents (rosjostugorna.se/english; £240 per night for two), warmed by a gas heater and cosy enough to be used year-round. Tommy tells me new tents will have solar panels to charge phones, and skylights to view the northern lights, frequently visible this far south due to strong solar activity set to continue until 2025.

In the winter, dog sledding is available. But there’s also an innovative way to interact with the affable Alaskan huskies in snow-free months. 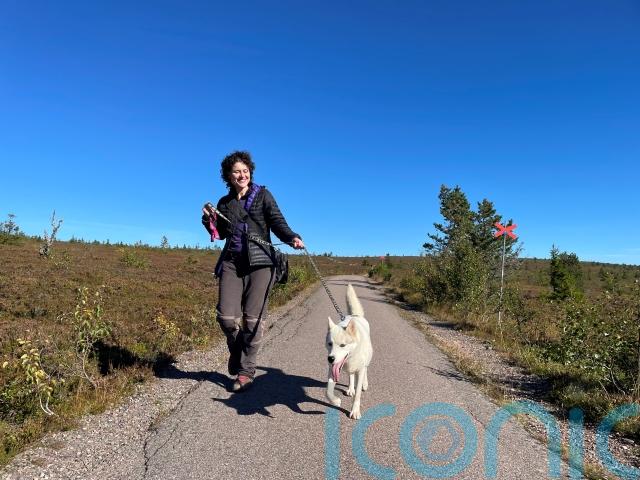 The howling of 90-plus dogs is deafening when I reach the Fjälläventyr Dog Park in Sälen, a 90-minute drive away. Despite all having comfortable pens – compliant with rigorous welfare regulations in Sweden – all are desperate to run.

“It would be impossible to take them all into the mountains,” says musher and mountain guide Axel Skotte as dogs spring up and down excitedly. “So the company came up with the idea of renting them to hikers a few years ago.”

More popular than ever since the Covid lockdowns, the initiative allows visitors to borrow specifically chosen dogs for the day (fjallaventyr.com; £64).

Axel introduces me to Lykke, a four-year-old turbo sled dog with a halo of white fur to match her angelic temperament. Despite a touch of smelly breath from a strict diet of salmon, she’s irresistibly affectionate and joyful company on a hike. 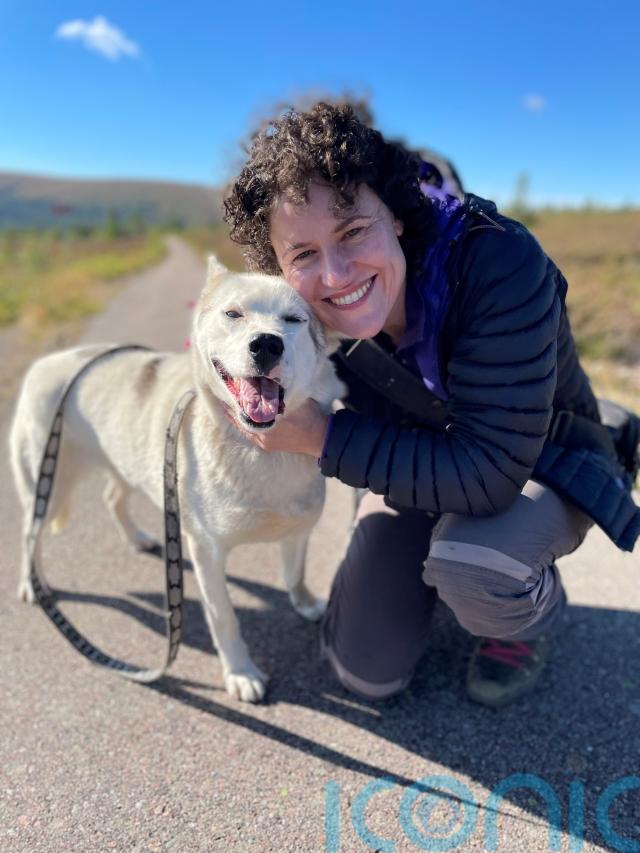 Following a cross-country ski trail, we ramble through grassy verges studded with berries, and cool off at shallow rocky mountain pools. As a non-dog owner, it’s a novelty to explore with Lykke as she sniffs every new scent and pulls me in directions I never knew I wanted to go. Her presence is calming, too.

Just like the everlasting beauty of Dalarna’s landscape throughout the seasons, there’s a timeless pleasure in taking gentle walks through nature – even more deep rooted, perhaps, than the world’s oldest tree.

For more information about the destination, go to visitsweden.com and visitdalarna.se/en.