The head of the British armed forces at the time Kabul fell to the Taliban has described “a failure of political will” as part of a “wider malaise” leading to evacuation out of the Afghan capital last year.

The former chief of the defence staff General Sir Nick Carter also said it “appears” the UK has let down Afghan contractors and that the international community needs to engage with the Taliban to prevent the country becoming a pariah state which could potentially host terrorist groups.

Speaking to BBC Radio 4’s Today programme a year on from the chaotic scenes which saw UK soldiers take part in a mass airlift from Kabul, Sir Nick said: “What has materialised in Afghanistan was not the outcome that we spent 20 years fighting for.”

Asked about Afghan contractors saying they wished they had never worked for the UK Government because of the dangers they face in Afghanistan, he said: “You can’t blame them for that.

“These are people who trusted us. They wanted to work with us to help rebuild their country and it appears that we have let them down. And that is a really, really bad place to be.

“You know we raised a lot of expectations through our presence in Afghanistan, and many of those expectations have been horribly shattered by what has now happened.”

And asked if the UK Government could have done more, the former chief of the defence staff said: “I do think that in the lead-up to that period I do think that lots of people across the international community, across Nato, in the coalition as a whole, I don’t think people planned enough for what might happen.”

Sir Nick told the programme: “What materialised a year ago in Afghanistan was a symptom of a much wider malaise.”

“And I think above all it was a failure of political will.”

Addressing the failure of political will, Sir Nick said: “Was it a deal or was it an exit moment? And I think that you know probably the emphasis was on trying to exit rather than trying to ensure that it was a deal that genuinely could be delivered and that the expectations that we might have had of the Taliban could be properly monitored and properly controlled.” 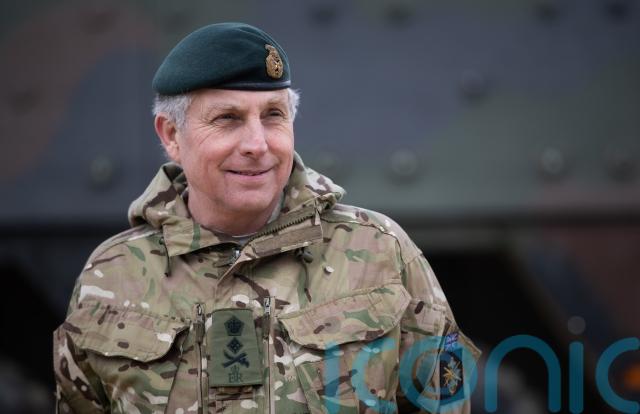 On the need to engage with the Taliban, he said: “I think that collectively as an international community with the regional neighbours playing in this, we have to engage because we have to recognise the humanitarian crisis that is under way there.”

Asked if there is a risk that Afghanistan could again become a base for dangerous groups such as al Qaidan, Sir Nick said: “Yes, I do think that.

“I think if it becomes a pariah state then it’s far more likely they will end up harbouring terrorists and the sort of people who will do the sorts of things that we saw in 9/11 20 years ago.

“So yes, that’s one of the reasons why one must avoid them becoming a pariah state. But one also needs to hold them to account.”

He added: “I think that one has to try and encourage this (Afghan) government and those who are prepared to listen and those who perhaps have a more modernist view on life that actually there is merit in having a relationship with the international community.

“Because if we don’t engage them we will end up shutting them off as a pariah state in the way that they were before 2001 and that’s not a good place to be. But we have to be clear-eyed. These are people who were our absolute enemies over a period of 20 years.”

Sir Nick said there are “modernisers” within the “disunited” Taliban, adding: “I never thought I would say it, but Sirajuddin Haqqani, who was an enemy for 20 years, you know he is a modernist.”

But he appeared to suggest later in the interview that he was quoting someone else when making that remark.