On September 20, 1992, Brian McEniff's Donegal upset the odds to win the All-Ireland SFC courtesy of an 0-18 to 0-14 win over a well-backed Dublin side at Croke Park

Donegal were crowned All-Ireland champions for the first time on September 20, 1992, courtesy of their 0-18 to 0-14 win over Dublin at Croke Park.

Brian McEniff's side had fallen over the line in the semi-final against Mayo, winning a forgettable semi-final 0-13 to 0-9 and few gave Donegal any chance against Dublin in the final.

However, in one of Donegal's greatest performances, Anthony Molloy skippered the side to victory and took Sam to the Hills for the first time ever. You can watch highlights of the final here.

PRESS THE ARROWS TO SEE THE PHOTO GALLERY 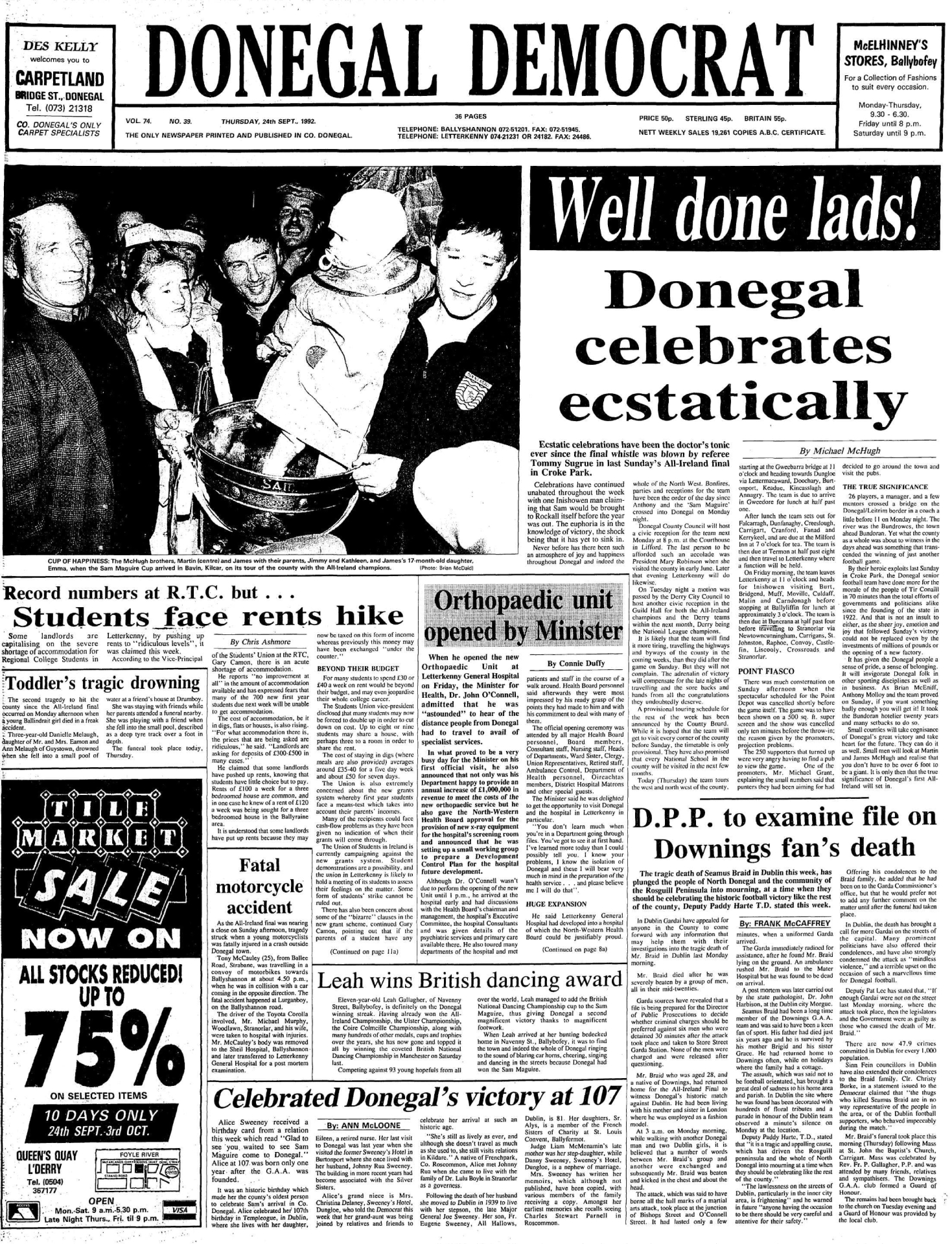