9 key signs of leukaemia, as awareness is called ‘non-existent’ 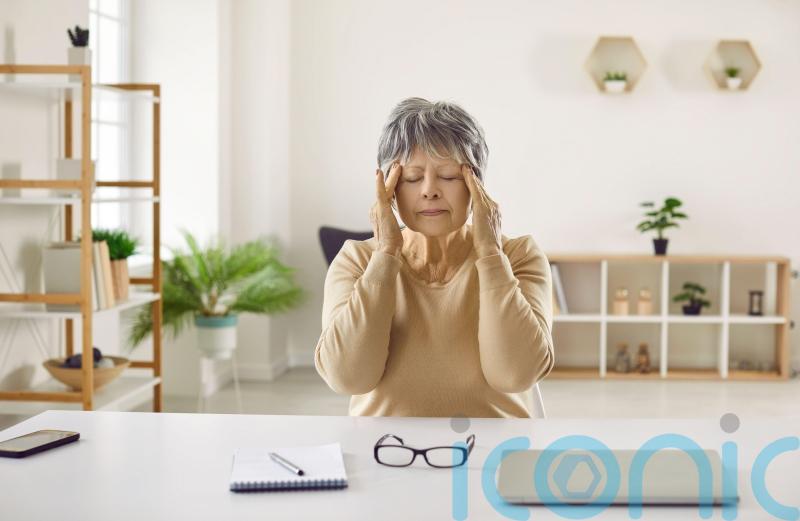 Although most people have heard of leukaemia, “extremely worrying” new research has found awareness of the blood cancer’s symptoms is “non-existent”.

A joint poll by the charities Leukaemia UK (leukaemiauk.org.uk) and Leukaemia Care (leukaemiacare.org.uk) found only 1% of people could identify the four most widely reported symptoms of leukaemia.

There’s also a huge lack of awareness about who the disease affects, with Fiona Hazell, CEO of Leukaemia UK, saying: “Leukaemia affects people of all ages, yet the majority of people assume it’s a childhood disease. We found those over 55 are underestimating their risk, with only 11% thinking their age group and above were most likely to receive a diagnosis. In reality, cases rise sharply after the age of 55 and 38% of all new cases occur in the over 75s.

“Raising awareness in all age groups is critical in order to make sure leukaemia is treated early and effectively.”

Leukaemia is a type of blood cancer that affects the production and function of blood cells. Blood cancers, which usually begin in the bone marrow, are the third biggest cancer killer and the fifth most common cancer in the UK, according to Leukaemia UK, which has teamed up with Leukaemia Care for the #SpotLeukaemia campaign, to raise awareness of the symptoms ahead of Blood Cancer Awareness Month in September.

“Early diagnosis of leukaemia can improve survival. Over 10,000 people are being diagnosed with a [type of] leukaemia every year, and our recent survey shows just how important it is to continue to raise awareness of the symptoms.”

If you’re worried about any of these symptoms, see your GP for advice. These are some of the most common indicators of leukaemia, which can be hard to spot because they’re often not specific…

This tiredness can be persistent and extreme, and often doesn’t disappear after a good night’s sleep.

Leukaemia may lead to you losing weight quickly without any reason, Hazell says.

Everyone gets bruises sometimes, but when you’ve got unexplained bruising – sometimes in unusual places – that takes more time than usual to disappear, it could be a sign of leukaemia.

Unexplained nosebleeds may also be a symptom, warns Pemberton-Whitely. “Bruising or bleeding is one of the most common symptoms associated with a leukaemia diagnosis – frequent bruising and bleeding precedes a diagnosis of leukaemia in 24% of patients.”

Swollen lymph nodes are enlarged lumps that can be seen or felt under the skin in the armpit, neck or groin area. They’ll often swell if you’ve got an infection or allergy, but they could also be a sign of leukaemia, says Pemberton-Whitely, particularly if they last longer than two weeks, are painless, hard or unmovable, or get larger.

Hazell says another symptom may be a sharp pain or swelling in the stomach. Constantly feeling full could be another worrying sign.

Everyone gets infections, but long or frequent infections could potentially be linked to a more serious underlying problem, like leukaemia.

Pemberton-Whitely says specific signs include a recurring or long-lasting cough, fever or chest infection, and possibly small skin cuts that get infected more frequently, adding: “Patients can often mistake their symptoms to be those of the flu or other infections, and therefore initially dismiss them as harmless. This is a major problem when attempting to diagnose leukaemia at an earlier stage.”

While night sweats are a common symptom of other body changes, such as the menopause, Hazell says the temperature at which night sweats occur and how much you sweat may indicate whether it’s a sign of leukaemia. If night sweats are regular, drench you in sweat, or occur in cool environments, it’s worth visiting your GP, she says.

Although joint pain can be caused by many common conditions – including arthritis or simple injuries – Hazell says bone pain caused by leukaemia is usually felt in the arms and legs, in the ribs and sternum of the rib cage, and possibly in the ankles or wrists. There may also be swelling of larger joints, like the hips and shoulders. The pain may be sharp, or a constant dull ache in one or more bones.

Depleted oxygen in the bloodstream because of leukaemia can lead to sudden breathlessness, which may occur during activities that would normally be effortless. Pemberton-Whitely suggests breathlessness lasting longer than a month that worsens over time, and coughing that lasts three weeks or more, could be a sign of leukaemia.