Finn Harps assistant manager Gavin Dykes says Friday's 3-0 win over Drogheda could act as a catalyst - but warns that next Friday's trip to UCD will be 'a really, really tough game'. 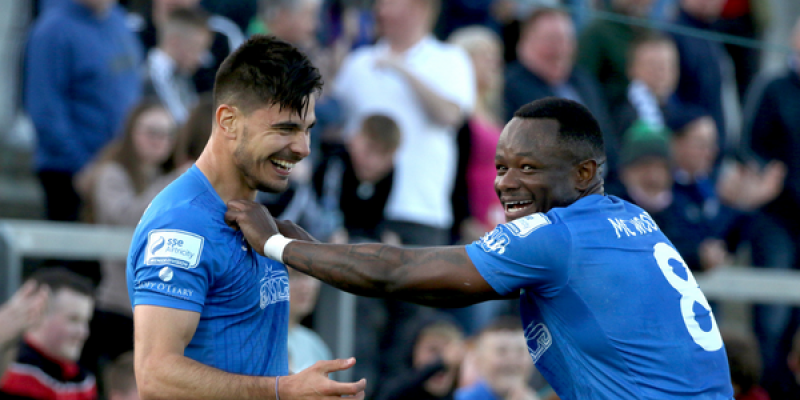 Gavin Dykes has warned that Finn Harps must follow Friday’s win over Drogheda United when they go to UCD next week.

A 3-0 win over Drogheda elevated Harps above UCD. Ahead of Friday’s trip to Belfield, Harps are now two points in front of the Students.

“I believe that we should have more points for our performances, but hopefully we can get a run now,” Harps assistant manager Dykes said.

“It’s only a win. We have a huge amount of work to do because going to UCD will be difficult.

“It’s a huge game. It’s a difficult place to go. Top teams struggle up there. It will be a really, really tough game.”

After Filip Mihaljević opened the scoring with a penalty, two goals by Eric McWoods secured the victory - Harps’ first since a 1-0 win over Shelbourne at the end of April and only a third in total for the season so far.

Dyles said: “We’re delighted. We knew that it was a big game. We finished the chances we created and we created a few more on top of that. Drogheda are a decent side. Maybe we rode our luck a little bit before we scored, but we’re thrilled.

“We got it right tonight. Nobody ever doubts the talent or the energy the lads bring. They’re a really good bunch of guys and they work very hard. We had a really good week in training and they’ve got the reward.”

Dykes praised goalkeeper James McKeown, who kept a clean sheet after a debut to forget in the previous week’s 3-1 loss to Bohemians in the FAI Cup. The new signing made fine saves from Ryan Brennan and Gary Deegan to keep the Drogs at bay.

Dykes said: “James is a very experienced goalkeeper and that’s why we brought him here. People were worried about him. He hadn’t played in a while. We got 90 minutes into him last week and it stood to him. He showed the qualities that he has.”