All eyes on Marygate Stakes packed with promise 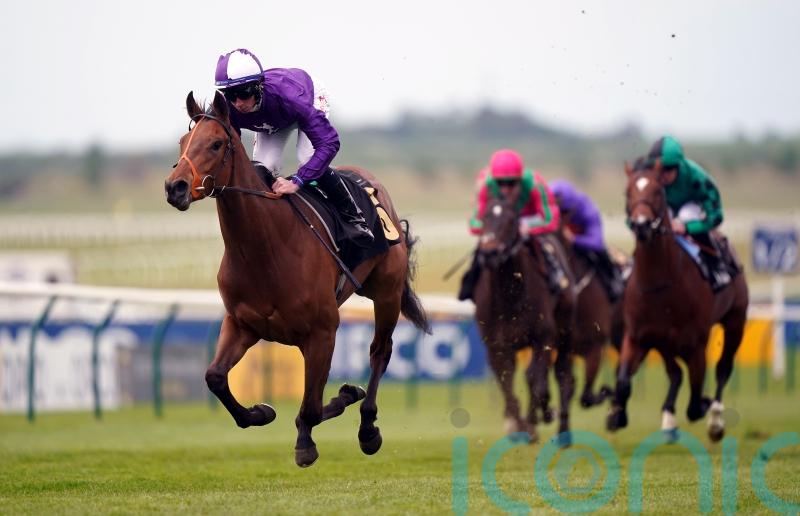 It would be no surprise to see many of these reoppose in either the Queen Mary or Albany Stakes later in the summer, but it is Hannon’s impressive Newmarket scorer that is chalked up as the general market leader for this five-furlong event.

The speedy daughter of Cotai Glory was a €62,000 purchase and showed she was worth every penny when bolting up by five and a half lengths on debut. Now her handler is keen to see how she gets on in Listed company.

“She’s a lovely filly, she’s been fine since she’s come home from Newmarket. She surprised me a little in the manner in which she won and this is the next logical step for her,” said Hannon.

“It was this or the National Stakes and we just thought we’d be best off sticking to fillies’ only, but it’s a good race, unusually so.”

Miami Girl is one of three in the race for owners Amo Racing, who are also represented by Alice Haynes’ Fix You and Darryll Holland’s Primrose Ridge, who put her experience to good use when scoring readily by seven lengths to get off the mark at Beverley.

Primrose Ridge will have the assistance of Frankie Dettori, but it is Thirsk scorer Fix You who is the shorter in the betting despite her handler suggesting the soft ground winner would prefer conditions a little slower.

Haynes said: “We were impressed with her first run and she has come on a lot from that. We would love it if there was a bit more dig in the ground, but all being well she will give a very good account of herself.”

Yarmouth winner Carmela created a taking impression at the seaside venue on debut and could be one to give the Amo trio most to think about. The form of that win has since been franked by the second Jungle Time and even though handler David Loughnane concedes this is a competitive heat, he says his filly is not on the Knavesmire for a day out.

“We’re very happy. She was very impressive at Yarmouth and the form has stood up well with the second coming out and winning,” said Loughnane.

“We couldn’t be happier with her, but it looks a very hot race – Richard Hannon’s horse was impressive at Newmarket. But we’re not going there to make up the numbers and even though it’s a hot race, Carmela is one of the hot fillies in it.

“If she’s progressed at all you would like to think she would be seriously involved at the business end.”

Jungle Time is one of three in the race for Karl Burke alongside Yahsat and Pillow Talk, and all three warrant the utmost respect for a team operating at just under 40 per cent with their youngsters.

However, one of the most interesting runners is Lost Angel, whose form ties in nicely with the aforementioned Spigot Lodge pairing.

Clive Cox’s daughter of Dark Angel was a place behind Yahsat when third at Newmarket on debut, but built on that outing to break the juvenile track record, along with runner-up Pillow Talk, when opening her account at Nottingham last month. 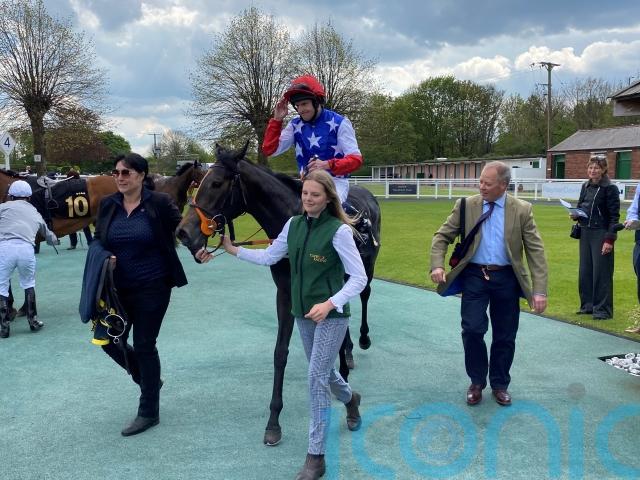 Cox is another trainer with his two-year-olds firing on all cylinders and he said: “She’s earned the step up in class. It was a nice maiden that she started in at Newmarket and followed up well from that experience at Nottingham. I hope conditions remain dry for her on Friday.

“She’s very sharp, very fast and is built to be cracking on early. She’s improving and we’re very pleased with the results.”

With a total of 16 fillies going to post and 13 of them already registering victories at this early stage of the season, it promises to be an informative two-year-old contest.