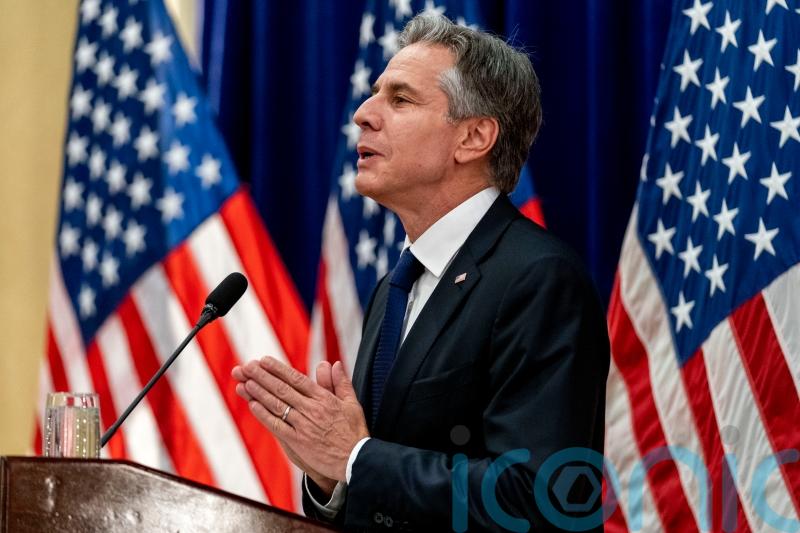 US secretary of state Antony Blinken has said China should not hold talks on important global matters such as the climate crisis “hostage”, after Beijing cut off contacts with Washington in retaliation for US House Speaker Nancy Pelosi’s visit to Taiwan earlier this week.

Mr Blinken spoke at an online news conference with his Philippine counterpart in Manila after meeting newly elected president Ferdinand Marcos Jr and other top officials, as relations between Washington and Beijing plummeted to their worst level in years.

Ms Pelosi’s trip to the self-governed island outraged China, which claims Taiwan as its own territory to be annexed by force if necessary.

China on Thursday launched military exercises off Taiwan’s coasts and on Friday cut off contacts with the US on vital issues, including military matters and crucial climate co-operation, as punishments against the US for Ms Pelosi’s visit to Taiwan despite dire warnings from China.

“We should not hold hostage co-operation on matters of global concern because of differences between our two countries,” Mr Blinken said.

“Others are rightly expecting us to continue to work on issues that matter to the lives and livelihood of their people as well as our own.”

He cited co-operation on climate change as a key area where China shut down contact that “doesn’t punish the United States – it punishes the world”.

“The world’s largest carbon emitter is now refusing to engage on combating the climate crisis,” Mr Blinken said, adding that China’s firing of ballistic missiles that landed in waters surrounding Taiwan was a dangerous and destabilising action.

“What happens to the Taiwan Strait affects the entire region. In many ways it affects the entire world because the Strait, like the South China Sea, is a critical waterway,” he said, noting that nearly half the global container fleet and nearly 90% of the world’s largest ships transit through the waterway.

China shut “military-to-military channels, which are vital for avoiding miscommunication and avoiding crisis, but also co-operation on transnational crimes and counter-narcotics, which help keep people in the United States, China and beyond safe”, he said.

Despite China’s actions, Mr Blinken said he told his Chinese counterpart Wang Yi on Friday in Cambodia, where they attended an annual ministerial meeting of the Association of Southeast Asian Nations (ASEAN), that the US did not want to escalate the situation. 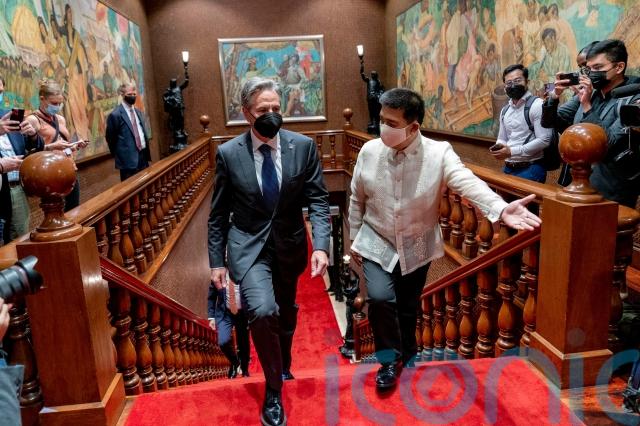 “We seek to de-escalate those tensions and we think dialogues are a very important element of that,” he said, adding the US would “keep our channels of communication with China open with the intent of avoiding escalation to the misunderstanding or miscommunication”.

In his brief meeting with Mr Blinken, Mr Marcos Jr mentioned he was surprised by the turn of events related to Ms Pelosi’s visit to Taiwan this week.

“I do not think, to be perfectly candid, I did not think it raised the intensity, it just demonstrated it – how the intensity of that conflict has been,” Mr Marcos Jr said based on a transcript released by the presidential palace.

“This just demonstrates how volatile the international diplomatic scene is not only in the region,” he added.

Mr Marcos Jr praised the vital relationship between Manila and Washington, which are treaty allies, and US assistance to the Philippines over the years.

Mr Blinken reiterated to Mr Marcos Jr Washington’s commitment to the 1951 Mutual Defence Treaty with the Philippines and “to working with you on shared challenges”. 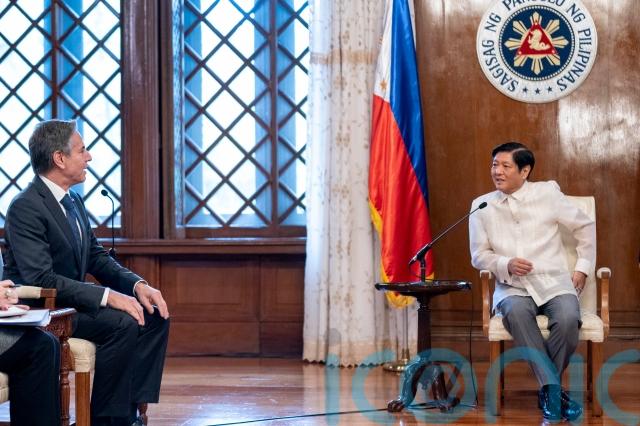 “Our relationship is quite extraordinary because it is really founded in friendship, it’s forged as well in partnership and it’s strengthened by the fact that it’s an alliance,” Mr Blinken said.

Mr Blinken arrived on Friday night in Manila after attending the ASEAN ministerial meetings in Cambodia, where he was joined by his Chinese and Russian counterparts.

During those meetings, ASEAN foreign ministers called for “maximum restraint” as China mounted war drills around Taiwan and retaliatory moves against the US, fearing the situation “could destabilise the region and eventually could lead to miscalculation, serious confrontation, open conflicts and unpredictable consequences among major powers”.

Shortly before Ms Pelosi’s visit to Taiwan, as speculation rose that her aircraft might stop over briefly at the former US Clark Air Force base north of Manila for refuelling, Chinese ambassador Huang Xilian said in a TV interview he hoped “the Philippine side will strictly abide by the one-China principle and handle all Taiwan-related issues with prudence to ensure sound and steady development of China-Philippines relations”. 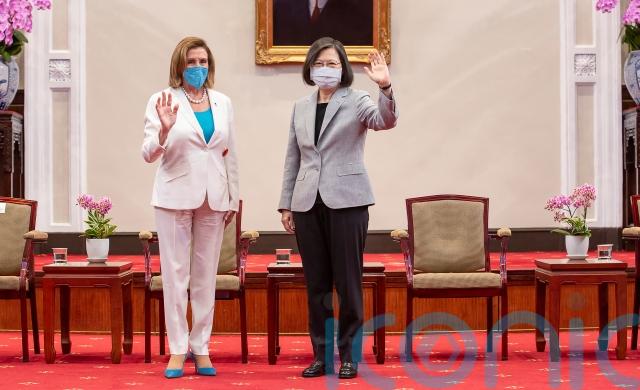 Mr Huang’s remarks drew a sharp rebuke from opposition senator Risa Hontiveros, who said “the ambassador shouldn’t pontificate on such policies, especially considering that his country stubbornly and steadfastly refuses to recognise a decision rendered by an international arbitral court and ignores and flouts international law in the West Philippine Sea when it suits her interest”.

Ms Hontiveros was referring to a 2016 arbitration ruling on a Philippine complaint that invalidated China’s vast territorial claims in the disputed South China Sea.

She used the Philippine name for the disputed waters.

China has dismissed that ruling, which was welcomed by the US and western allies, as a sham and continues to defy it.