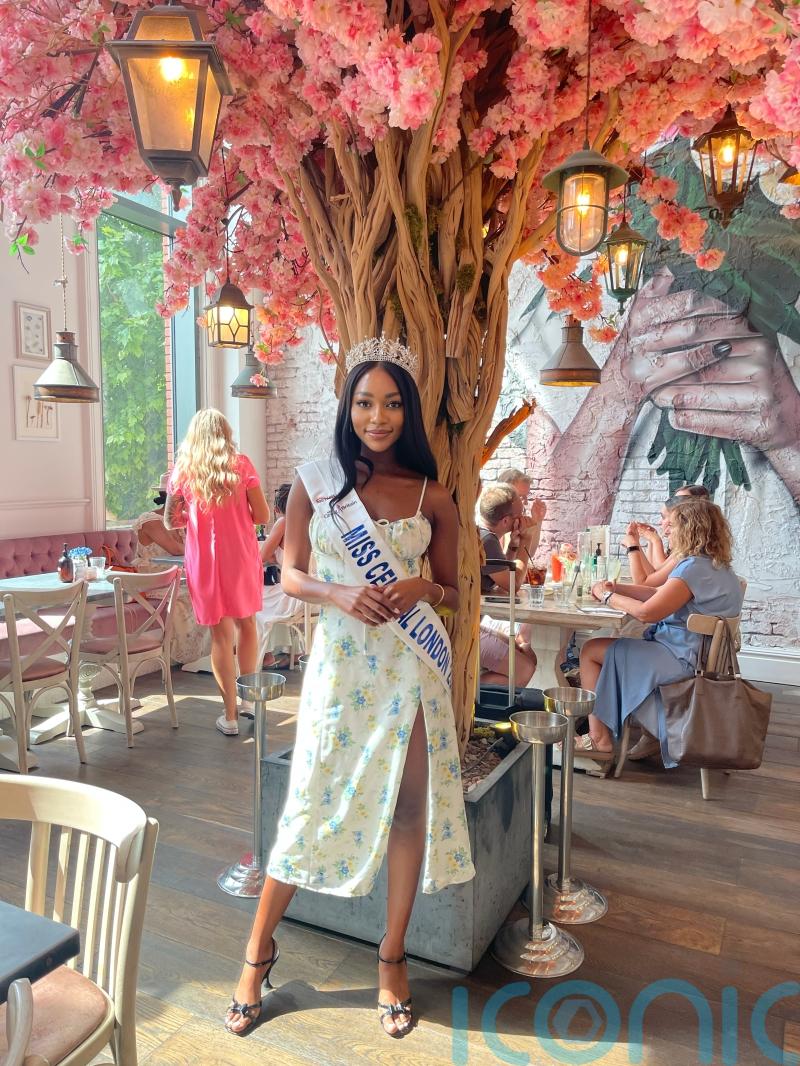 A high-flying investment manager who speaks six languages hopes to shatter stereotypes that women can’t be successful and take part in beauty pageants by being crowned Miss Great Britain after winning a regional contest she applied for on a whim.

Always a whiz with numbers, Audrey Ward, 26, worked hard to achieve her dream of working in finance – securing her first job after university as a finance analyst in Hong Kong.

Working her way up the ladder to investment managing in March this year, Audrey who lives in Mayfair, London, found herself applying for the Miss Central London pageant show on the spur-of-the-moment, after stumbling on an advert that reignited her childhood dreams of becoming a beauty queen.

To her surprise, the 26-year-old won the title in a stunning floor-length royal blue dress, meaning she is now preparing to strut the catwalk once again in the hope of becoming Miss GB at the contest being held on October 20 and 21. 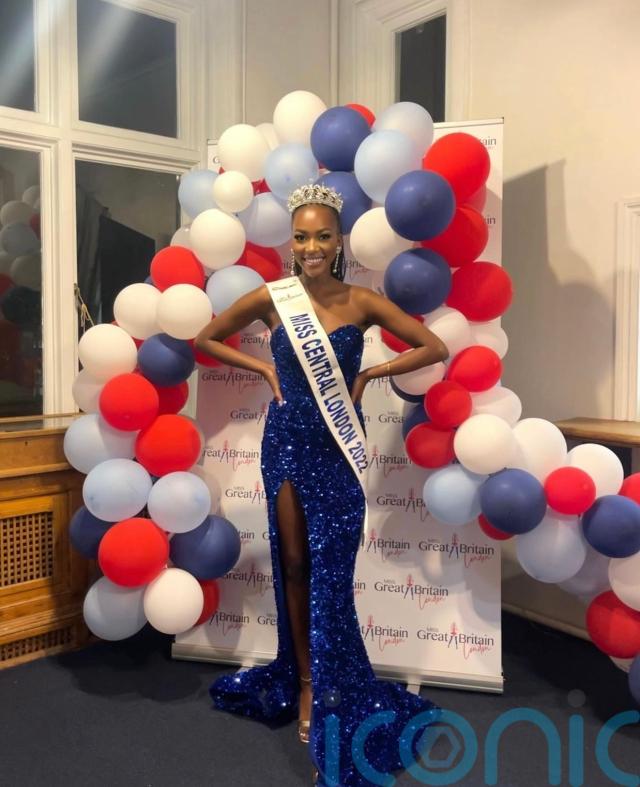 Audrey, who is single, said: “I want to show women that you can do both – you can be successful in business and follow your passion.

“Don’t allow yourself to be put in a box – you can go for what you want and what makes you excited.

“Being crowned Miss Great Britain would mean the world to me and I would feel so proud.”

While Audrey always knew she wanted to work with numbers, growing up in Harrogate she had early dreams of becoming a beauty queen, too. 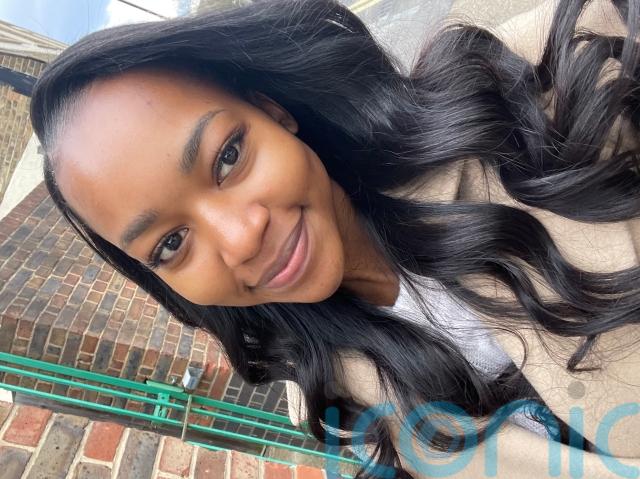 She said: “Maths always came very easily to me and I worked hard to do my A-levels so I could study Economics at Nottingham University.

“But when I look back, when I was around 10, I did actually have an interest in pageantry.

“I remember seeing it on the TV, like Miss USA, and thinking it looked so cool, but assuming it wasn’t something we had here.”

Putting her pageantry dreams aside, Audrey focused on her studies, as well as enjoying a year abroad as part of her degree in Ningbo, China, in 2017. 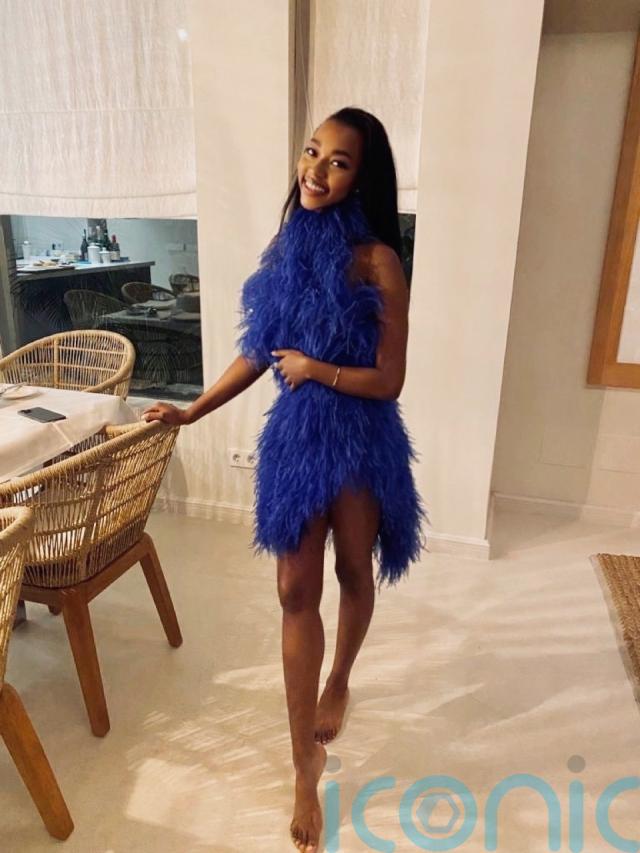 After graduating in 2018, Audrey secured her first job as a financial analyst with an investment bank.

She said: “I started from the bottom and worked my way up.

“It was very hard and the environment was very competitive so I had to learn to put myself out there.

“Especially as a woman in a male-dominated industry, I had to have a lot of confidence and learn to use my voice.” 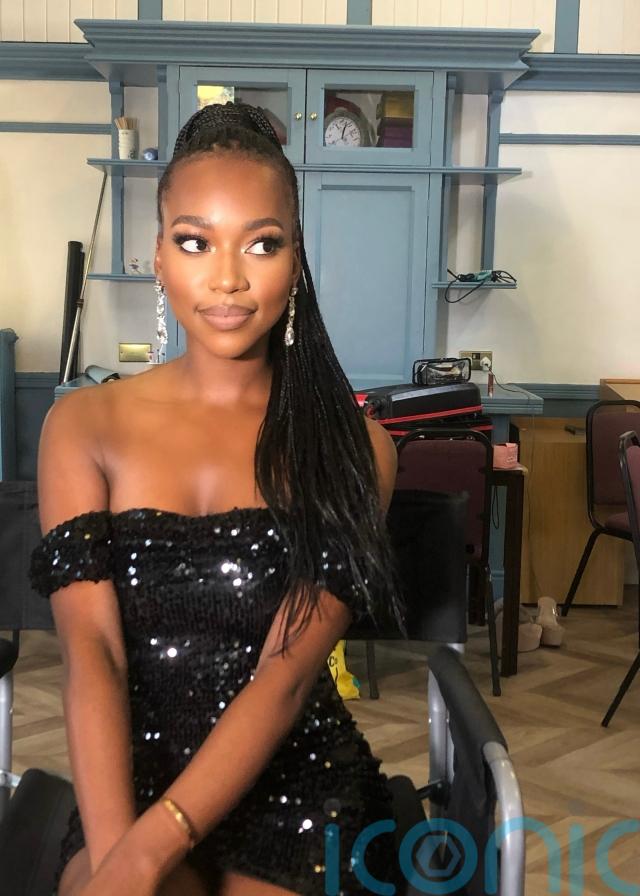 Audrey added: “It was definitely scary but I loved it because it was such a challenge.

“There was such an amazing atmosphere and I loved the unfamiliarity of the city because not many people actually spoke English.”

Already able to speak French and Spanish that she learned at school, English and Hebrew, and Shona – a language of the Shona people of Zimbabwe which she learnt from family – Audrey set about learning Mandarin too, among other activities.

“I would spend my weekends hiking or volunteering to pick up rubbish at the beach and find new experiences,” she said of her two years in China. 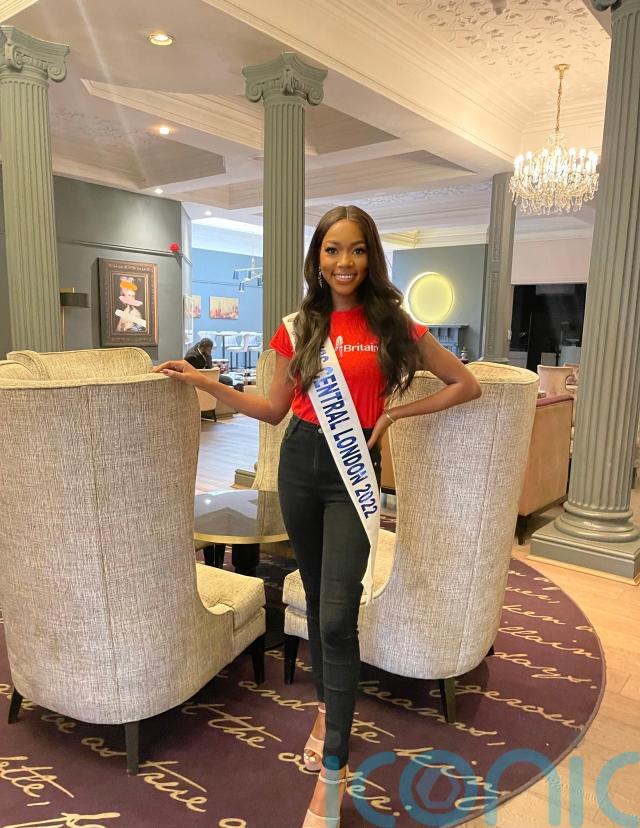 “I have also always been very interested in fashion and beauty, too.

“I never like to follow the trends because I don’t think they are sustainable – my style is far more classic – like a trench coat and good boots.”

As the pandemic was brewing in early 2020, Audrey moved back to London and found a role working in private equity.

Then, scrolling on Instagram one evening in March this year, she landed on an advert for the Miss Central London pageant – and all her childhood dreams came flooding back. 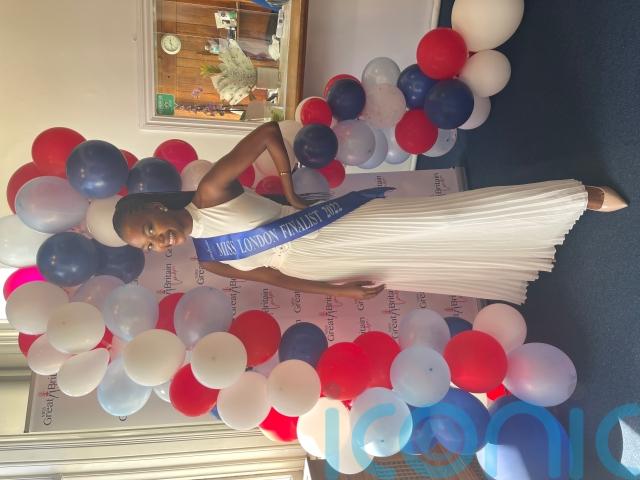 She said: “I saw the advert and I thought: ‘Wow, that would be amazing’, but I didn’t know if I would have time or if I could.

“I decided to apply because I thought I had nothing to lose.”

To her surprise, Audrey was accepted to take part.

She said: “My family were very shocked at first but also really proud. I told my work straight away, too, and they have been so supportive.” 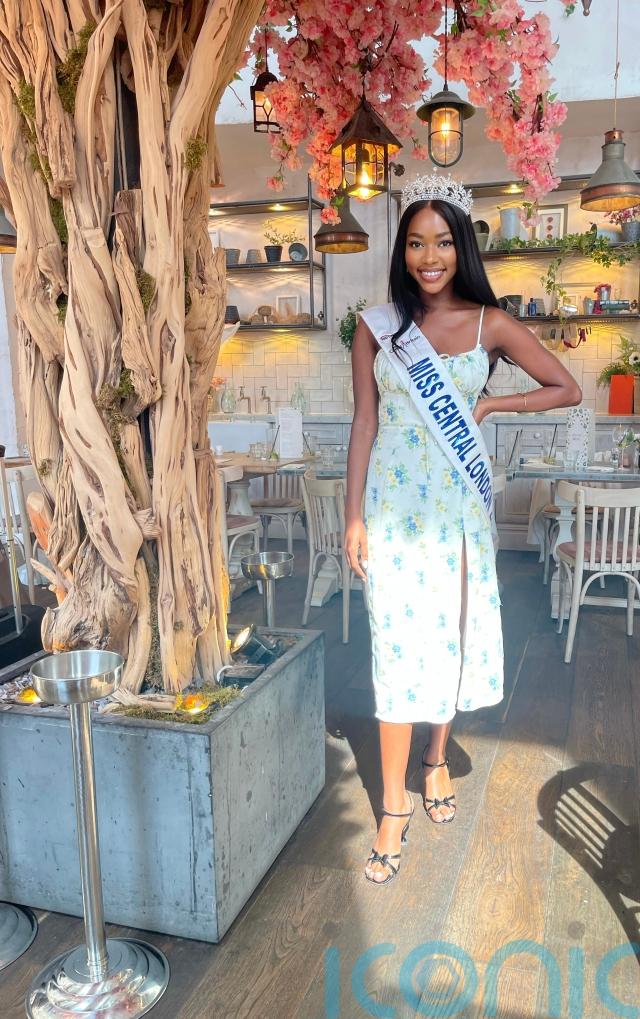 In preparation for the July show, Audrey needed to raise funds for the pageants two charities, Alex’s Wish, which raises funds for research into Duchenne Muscular Dystrophy, and Cancer Research.

Doing bake sales and a 10K walk for every day of June to raise £500 in total for the charities, Audrey said it meant a huge amount to her.

“I lost a best friend when I was 14, who died of cancer, which I think was bone cancer,” she said.

“It was really shocking and had a huge impact on me.” 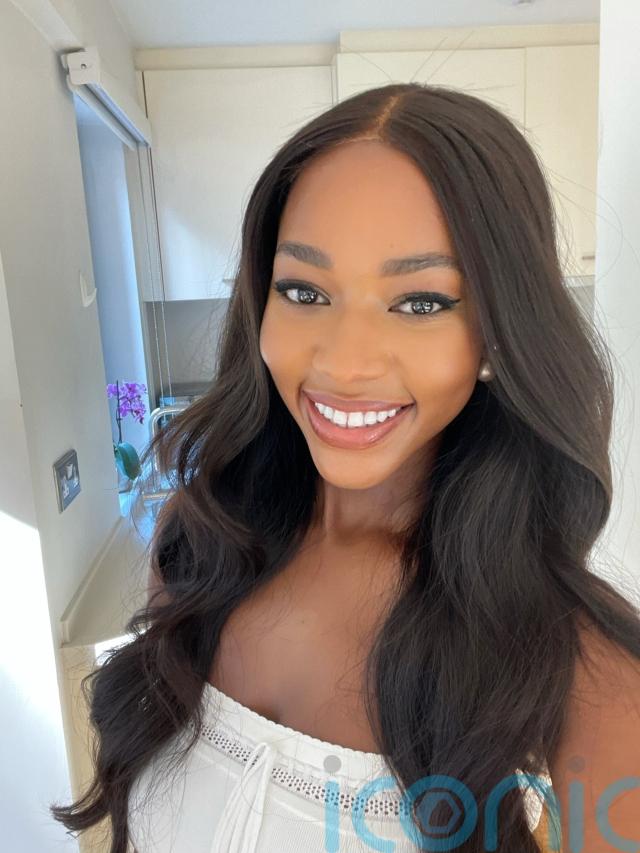 She added: “Since then, I have always been very passionate about raising money for cancer charities, which is why this meant so much to me.”

Then on July 24, Audrey stepped out onto the catwalk in her first ever pageant, wearing a £400 ‘Red Carpet Ready’ blue gown.

She said: “I didn’t even get my dress until the night before and it was too big at the top, so my mum had to tailor it!

“As soon as I stepped onto the catwalk, I saw my mum and best friend in the crowd and that calmed my nerves.” 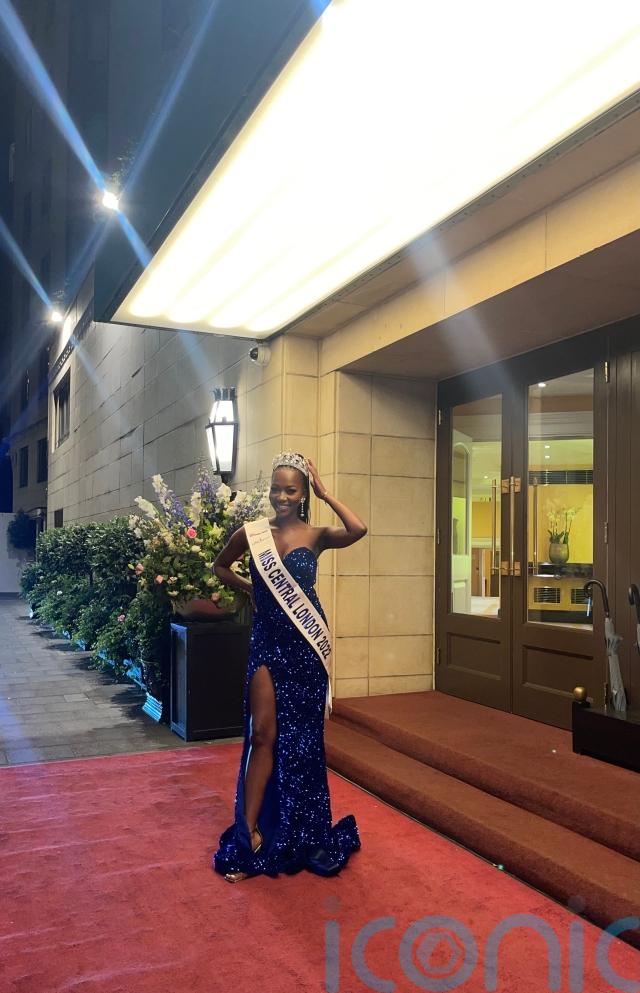 Audrey added: “I just thought, I’m only going to do this once in my life. It was exhilarating.”

To Audrey’s surprise however, she was crowed Miss Central London, meaning she is automatically in the running for Miss Great Britain – along with 39 other women.

She said: “I was so shocked but I felt so proud.

“If I could be crowned Miss Great Britain, it would mean everything. I would love to give it 100% and do it properly and support the causes I feel so passionately about.” 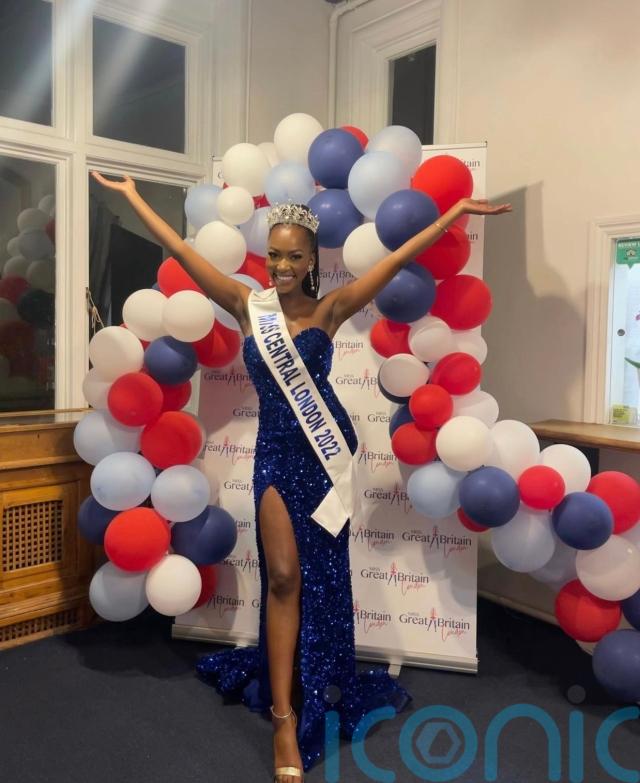 Audrey will face a number of challenging rounds at the final – including three judged walks for fashion wear, swimwear, evening wear – and an on-stage interview which she hopes by taking part she can help tackle any stigma surrounding pageantry.

“There is still a huge stereotype that women can’t do both finance and modelling and pageantry, but that is because people still don’t understand pageantry,” she said.

“They give women a voice to shout about things they’re passionate about and there is a huge amount of self-development and giving back.

“I feel hugely motivated to encourage other girls to apply because I think it can give you so much confidence and purpose.”

You can support Audrey’s fundraising here – 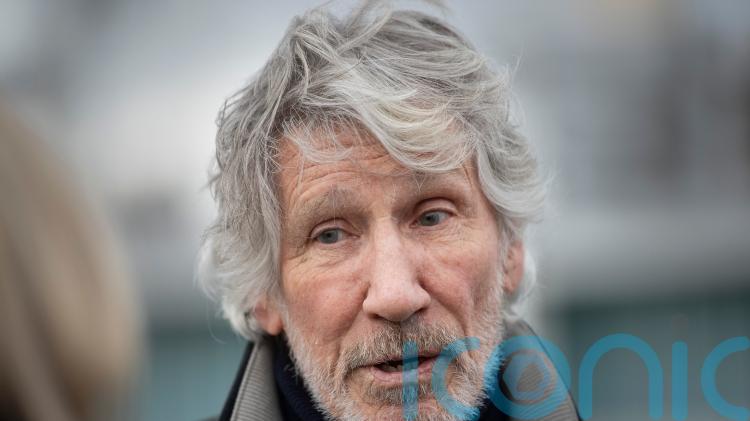