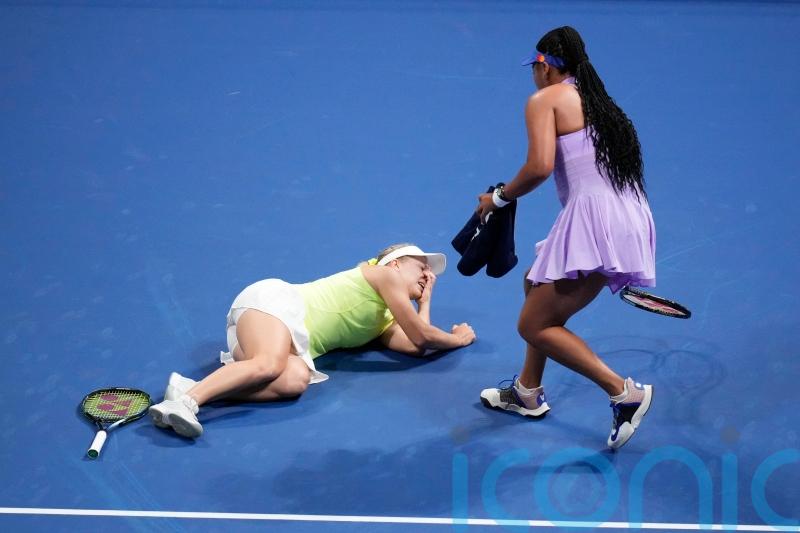 Naomi Osaka ended a four-match losing run in unfortunate fashion in Tokyo when opponent Daria Saville retired injured in only the second game of the match.

The Australian’s career has been blighted by injury, including long-term knee and Achilles problems, and it is only this year she has returned to the top 100.

Saville yelped in pain after playing a short forehand and collapsed to the court in distress clutching her left knee. She was able to walk away but did not risk continuing, shaking hands with Osaka after only 11 points.

Osaka has had her own injury problems this year with Achilles and back issues and the former world number one had not won a match since the beginning of August.

She will take on Brazilian fifth seed Beatriz Haddad Maia in the second round.